First published in The Herald on 16 September, 2013

A cheer went up when it was announced French oboist FranÃ§ois Leleux will be artist-in-residence of next year’s Lammermuir Festival. This is good news indeed for East Lothian audiences. Leleux makes an unparalleled sound on the instrument and his musical personality is generous and inventive. If he’s not as well known in the UK as he is in France and Germany, hopefully Lammermuir’s platform should go some way to correcting that.

END_OF_DOCUMENT_TOKEN_TO_BE_REPLACED

First published in The Herald on 16 September, 2013

There’s a fine line-up at the Lammermuir Festival this year, with some classy chamber music and vocal ensembles still to come over the next seven days: haste ye to East Lothian if you can. What the four-year-old festival still lacks is a decent venue for orchestras. The opening weekend kicked off with the Scottish Chamber Orchestra in the newly refurbished Dunbar Parish Church, whose boomy acoustics are yet to be broken in. You could count the several-second reverb in the pregnant pauses of Beethoven’s Coriolan Overture, and the sizzling bravado of Beethoven’s Fourth Symphony blurred like fireworks in a fog.

END_OF_DOCUMENT_TOKEN_TO_BE_REPLACED

First published in the Guardian on 14 September, 2013

On 9 September 1513, the armies of Scotland and England fought at Flodden Field in Northumberland and between them racked up the heaviest single-battle deathtoll of British troops until the Somme. To mark 500 years since the Battle of Flodden, the Scottish Chamber Orchestra commissioned a new work from Sally Beamish â€“ a Quaker who was born in England and has lived in Scotland for more than two decades. Like Benjamin Britten’s pacifist War Requiem, she has responded with a searing emotional indictment against war.

END_OF_DOCUMENT_TOKEN_TO_BE_REPLACED 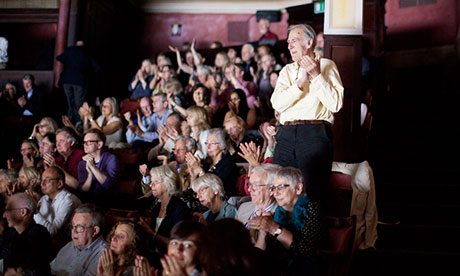 First published in the Guardian on 11 September, 2013

When friends who aren’t used to hearing live classical music come with me to concerts, they often ask whether they need to behave in any particular way. I tell them to just turn up and listen, that a concert needs no dress code or special handshake. But there are some unspoken rules. The recurring theme muttered around this year’s Edinburgh International Festival had to do with noise â€“ not the noise made by performers on stage (the noise that ticket-buyers paid to hear), but the noise made by audiences in the halls. Edinburgh is a noisy crowd, and not in a good way.

Take the last movement of Mahler’s Ninth Symphony: that tender, faltering statement of resignation and frailty. As conductor Daniele Gatti held the Royal Concertgebouw Orchestra in a breathtaking suspended whisper, the moment should have been utterly transporting â€“ unfortunately, the piercing sound of an unadjusted hearing aid went ringing round the hall like a tiny, whiny theremin. A couple of weeks earlier, Mariss Jansons and the Bavarian Radio Symphony Orchestra had to compete with a cheerful volley of dry coughs ricocheting around the Usher Hall. And there were phones ringing while Nikolai Lugansky played JanÃ¡Äek, shuffling and chatting as Ensemble musikFabrik played Cage.

END_OF_DOCUMENT_TOKEN_TO_BE_REPLACED 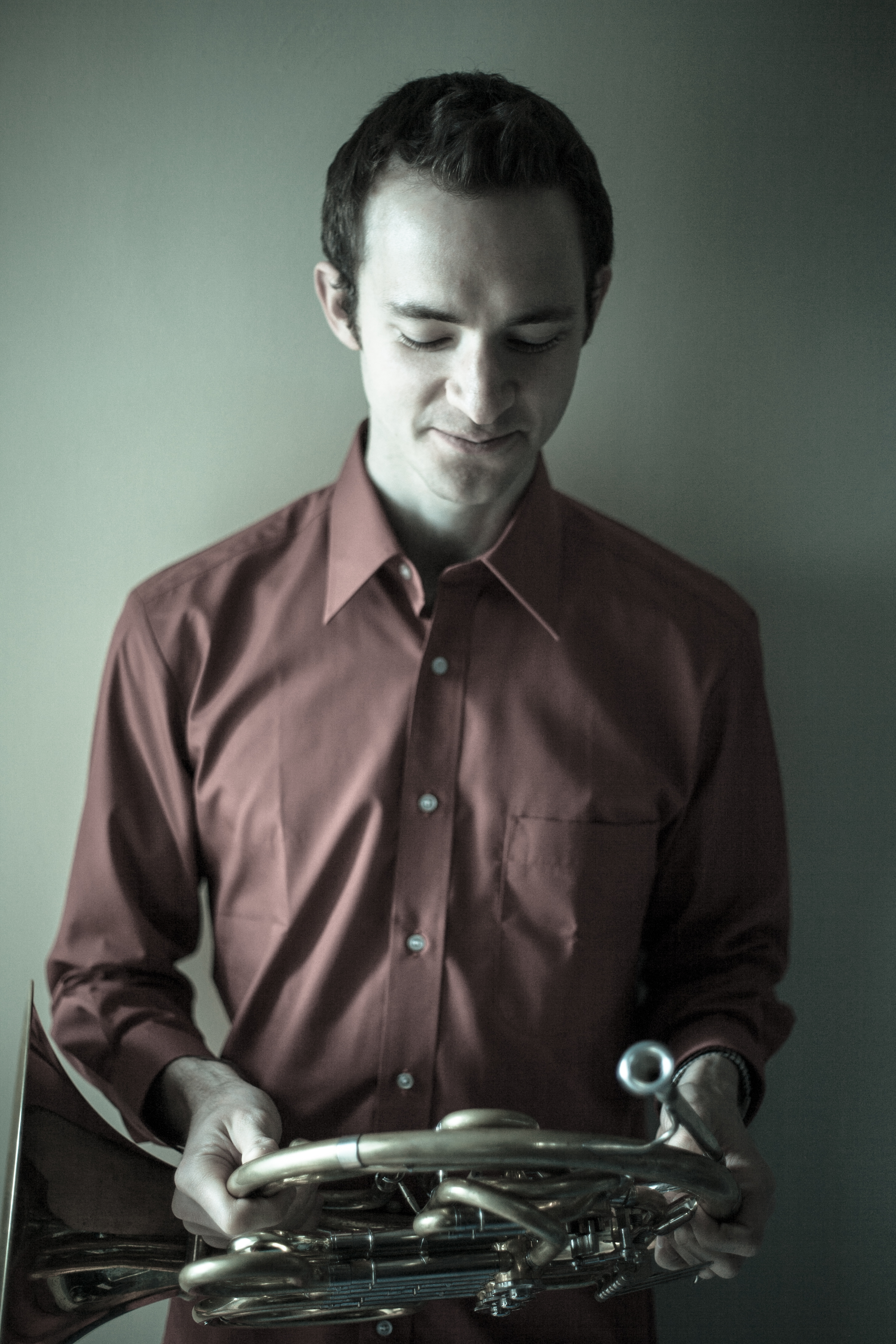 First published in The Herald on 11 September, 2013

Alec Frank-Gemmill was just 23 when he became principal horn of the Scottish Chamber Orchestra. By that point he’d already polished off an undergraduate at Cambridge, postgraduate at London’s Guildhall and orchestral posts in Innsbruck and Zurich. Now a ripe old 27, he’s one of the most respected French horn players in the UK, a regular soloist with his own orchestra and guest principal with the likes of the London Symphony Orchestra and the Royal Concertgebouw. He has even (though he only bashfully admits it) featured on German television with superstar tenor Rolando Villazon. If Frank-Gemmill had played the violin or piano he’d be well on his way to becoming a household name by now. As it is, he’s on a quiet crusade to earn the French horn â€œcredit where it’s dueâ€.

END_OF_DOCUMENT_TOKEN_TO_BE_REPLACED

First published in The Herald on 3 September, 2013

He isn’t normally lost for words, but Jamie MacDougall has been pondering what to say when it comes to the launch of his debut solo album later this month. â€œBecause frankly, I’ve seen hundreds of singers who are young and good-looking launch the start of some lucrative record deal, and I can tell you now that I’m none of those things.â€ The Scottish tenor’s discography already runs to 40-odd, so this is by no means the first time he’s gone into a recording studio. But at the age of 47, it’s the first time that he has felt ready to commit a solo recital disc. â€œIt’s been a long time coming,â€ he says.

END_OF_DOCUMENT_TOKEN_TO_BE_REPLACED

The controversial Catalan theatre and opera director is a perennial stirrer of trouble, a flagrant snubber of social niceties on the stage. He has a zeal for brash rewrites that outrage the purists and features lurid sexual violence that shocks some audience members to the core. His admirers see his work as vibrant, original and relevant â€“ a response to the spiritual vapidity and material compulsion of today’s world. What will he do with Beethoven’s Fidelio? His production opens at English National Opera in September and sets the opera in a Borges-style labyrinth of the mind. Bieito describes it as a philosophical thriller that will appeal to Kafka fans. One thing’s for certain: it won’t pass unnoticed. London Coliseum, September 25 â€“ October 17

END_OF_DOCUMENT_TOKEN_TO_BE_REPLACED

First published in the Guardian on 2 September, 2013

Olga Neuwirth’s American Lulu is billed as ‘a new interpretation’ of Alban Berg’s great unfinished opera Lulu. Neuwirth’s aim was to take a fresh look at Lulu from a female perspective and to set her mythical rise and fall against a backdrop of the American civil-rights movement. The score rehashes parts of Berg’s original for an on-stage ensemble that sort of resembles a jazz big band, and adds a new third act that is dramatically clumsy, musically forced and conceptually futile. The action shifts to the American 1970s with flashbacks to the 1950s, where a black Lulu takes centre stage among predominantly white men and Martin Luther King speeches are crudely spliced into the musical fabric.

END_OF_DOCUMENT_TOKEN_TO_BE_REPLACED

First published in The Herald on 2 September, 2013

There are plenty of operatic singers who can deliver subtlety and fine sounds on the recital platform. There are just a handful who can break down the distance between stage and audience in a single phrase; who can deliver every poetic nuance with effortless finesse. French soprano VÃ©ronique Gens is one.

END_OF_DOCUMENT_TOKEN_TO_BE_REPLACED

First published in The Herald on 2 September, 2013

Three weeks ago we heard a staggering account of Mahler’s Second Symphony from Mariss Jansons and the Bavarian Radio Symphony Orchestra. Three days ago, Daniele Gatti led the Royal Concertgebouw Orchestra in an unforgettable performance of the Ninth. For the Usher Hall audience, the 2013 International Festival was framed by powerhouse Mahler.