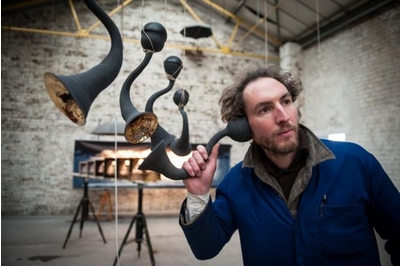 There’s often magic to be found where you least expect it. Above MacCallum’s fish shop in Finnieston, for instance: glance up from street level and the building looks a classic brick warehouse; climb the several flights of stairs to the attic loft and you enter a whole whimsical world of penny farthings, honky-tonk pianos and sepia-tinged vignettes.

END_OF_DOCUMENT_TOKEN_TO_BE_REPLACED

This concert kicked off Thomas SÃ¸ndergÃ¥rd’s second season as the Royal Scottish National Orchestra’s principal guest conductor, and confirmed â€“ once again â€“ that his was an appointment well made. The Dane inspires superb playing from this orchestra. From a glowing, gracious opening of Haydn’s Symphony no 99 to deft accompaniment in Mendelssohn’s First Piano Concerto to a stirring account of Brahms’s Fourth Symphony, I’ve rarely heard the RSNO in better form.

END_OF_DOCUMENT_TOKEN_TO_BE_REPLACED 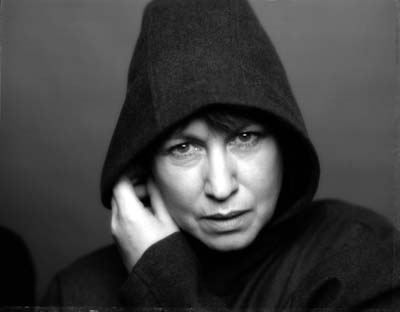 The London Jazz Festival turns 21 this November, doffing its cap accordingly with a plush guestlist of heavyweights and rising stars. Tickets for the biggest names â€“ the likes of Brad Mehldau, Lee Konitz, Carla Bley, Courtney Pine, Hugh Masekela and 80-year-old sax legend Wayne Shorter â€“ are hot property and priced to match, so I’ll keep my tips to the smaller-scale gigs that venture a bit more off the beaten track.

END_OF_DOCUMENT_TOKEN_TO_BE_REPLACED 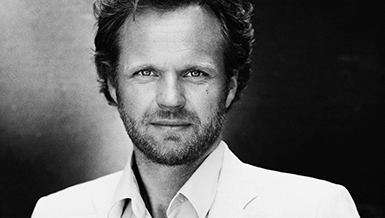 What happens when a member of the orchestra becomes the conductor? How much does rank-and-file experience count for on the podium? And â€“ the big question â€“ should he still go to the pub with the musicians after a concert?

It’s been a year since Thomas SÃ¸ndergÃ¥rd, once timpanist of the Royal Danish Orchestra, arrived as principal guest conductor of the Royal Scottish National Orchestra. He became BBC National Orchestra of Wales’s principal conductor at the same time, and in the past 12 months there’s been something of a quiet bond taking place in the concert halls and rehearsal rooms of Cardiff and Glasgow. Audiences admire SÃ¸ndergÃ¥rd’s cool, unshowy insight: he’s the kind of conductor who doesn’t make a fuss, whose stage presence is understated but always communicative. Musicians respect his clarity and formidable ears. He earns focused and stylish playing from his orchestras â€“ and if he’s building trust with them, he says it’s because he respects the fact that he’s not their colleague any more.

END_OF_DOCUMENT_TOKEN_TO_BE_REPLACED

Jaime Laredo and the Scottish Chamber Orchestra go back a long way: they made recordings together in the late 1980s and Laredo led the orchestra on early international tours around the US and Hong Kong. Compared with those old recordings, the septuagenarian Bolivian-American violinist has lost a lot of the warm sound and dexterity he once had in spades. For this concert he was billed as “director/violin”, but wasn’t able to do much by way of limber direction while he played (that was mostly left up to the orchestra’s guest leader, Maya Iwabuchi). Yet he still draws beautiful sounds from the orchestra, and their gracious performance of Mendelssohn’s Scottish Symphony made up for glitches during the rest of the concert.

END_OF_DOCUMENT_TOKEN_TO_BE_REPLACED 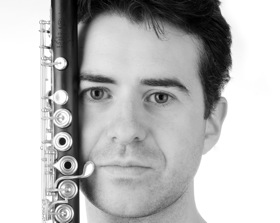 â€œIt’s hard to pin me down,â€ says Richard Craig. He’s talking about the prosaic matter of his postal address, but the sentiment could equally apply to his art. Craig is a flute player, a composer, an improviser, an inventor, a teacher. He plays with top-end contemporary music ensembles around Europe like Cologne’s Ensemble MusikFabrik and Vienna’s Klangforum. But he also treads various paths of his own, venturing on solo projects on that transcend the various factions and fractions of Europe’s contemporary music communities. His work roams outside the limits of what seems possible on a single flute, too. His latest album is an ear-bending collection of microtones and amp feedback â€“ fail to read the sleeve notes and you’d be hard put to tell what instrument is at the heart of it all.

END_OF_DOCUMENT_TOKEN_TO_BE_REPLACED

First published by the PRS for Music Foundation on 15 October, 2013

Sarah Kenchington builds outlandish instruments at her home in the hills just north of Glasgow. Her latest, Wind Pipes for Edinburgh commissioned by the Edinburgh Art Festival, is a wheezy pipe organ made out of left-overs and decorated with bright ribbons of primary colour. It’s designed to be played by everyone and anyone and is an enchanting thing: a huge, whimsical contraption that looks something between industrial steampunk and kindergarten playtime.

END_OF_DOCUMENT_TOKEN_TO_BE_REPLACED 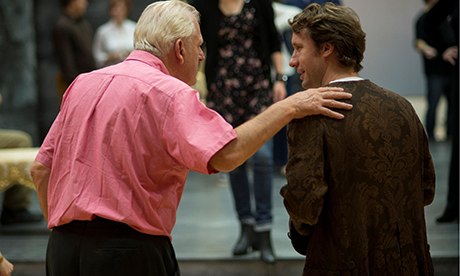 In a big brick rehearsal room just north of the M8, cast and crew of Scottish Opera are piecing together their new production of Mozart’s Don Giovanni. They’ve reached the end of act one and the Don’s in a tight spot: he’s invited a wedding party back to his place, but things get sticky when he makes off with the bride and blames her screams on his sidekick, Leporello. It’s a pivotal scene, and for the baritone playing Giovanni it’s a test of charisma and flash reactions: all swagger and charm one minute, guile the next, brute violence the next.

The man in the balancing act is Jacques Imbrailo, the 35-year-old South African who earned widespread admiration as Glyndebourne’s Billy Budd in 2010 and again this summer (the Guardian’s George Hall described his revival performances as “almost unbearably moving”). Watching from the director’s chair is Sir Thomas Allen, among the greatest baritones the UK has ever produced and a veteran Don Giovanni himself. Allen estimates he’s sung the role at least 300 times, and he’s mouthing along to every word. Afterwards he’s up on his feet, darting about the set demonstrating the Giovanni he imagines â€“ the Giovanni he embodied so many times.

END_OF_DOCUMENT_TOKEN_TO_BE_REPLACED

Lunchtime concerts are a tricky balancing act. Cram in too much and the hour-long slot feels fraught; keep the programme lightweight and the whole thing feels inconsequential. When it works, though, the format can make a time-stretching oasis in the middle of the day. That was the case for the large part of this finely-judged Hebrides programme.

It opened with the Rhapsodic Quintet by Herbert Howells: a work of intense English romanticism for clarinet and strings, composed in 1919 with a general wistfulness for what had been lost in the war. Clarinettish Yann Ghiro captured the yearning with rounded, sensitive playing that blended warmly with the strings, but what made this performance most striking was the Ensemble’s expression of the brawn and turmoil as well as the obvious nostalgia in Howells’s writing.