First published in the Guardian on 28 January, 2015

They say the way to deal with nerves is straight-up. “To cure me of a case of the jitters, would you sing a song?” Karine Polwart asked her Celtic Connections audience, who cheerfully obliged with a round of Matt McGinn’s daft number Oor Wee Wean can Sook a Bar of Chocolate (“promoting Scotland as a health-food destination,” Polwart joked). It’s hard to imagine someone of such musical and political conviction having the jitters about anything much. Polwart writes music for social change, with lyrics that articulate their values poetically and succinctly, obliquely and persuasively. The best of her songs — the dignified indignation of Sorry; The King of Birds, inspired by the Occupy movement; The River, among the most touching songs ever written by a parent for a child — get deep under your skin and make you think.

END_OF_DOCUMENT_TOKEN_TO_BE_REPLACED 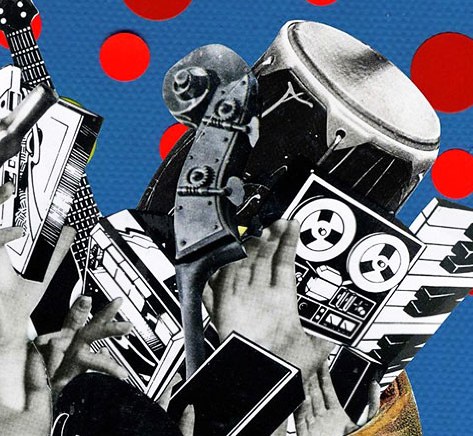 Yesterday the BBC Scottish Symphony Orchestra announced the line-up for its third annual Tectonics festival, which takes over Glasgow’s City Hall and Old Fruitmarket for the weekend of May 1-3. Once again, it is like no other orchestral brochure you’re likely to pick up — unless you happen to be wandering the concert halls of Reykjavik, Adelaide or Tel Aviv. The common denominator between these disparate cities? BBCSSO principal guest conductor Ilan Volkov, who launched the Tectonics concept in Iceland in 2012 and whose disregard for classical orthodoxy is genuinely shifting the parameters of what a 21st century orchestra can and will do.

END_OF_DOCUMENT_TOKEN_TO_BE_REPLACED

First published in the Guardian on 25 January, 2015

When Scotland’s politicians talk of a new Nordic nation, they’re only loudhailering what John McLeod’s music has been gently telling us for decades. Born in Aberdeen and 80 last year, McLeod has always found a common soundworld across the North Sea. His latest work was commissioned by the Scottish Chamber Orchestra to mark the 150th anniversary of Danish composer Carl Nielsen and it does exactly that. Fragments of Nielsen’s music (the rat-a-tat rhythms of the Clarinet Concerto, chunky themes from the Fourth Symphony) are woven together diligently and unambiguously. As per the title, the score begins in silence and grows in an arch that’s unpretentiously easy to follow. The SCO played attentively under Joseph Swensen. It was a respectful tribute, if not enormously memorable.

END_OF_DOCUMENT_TOKEN_TO_BE_REPLACED

First published in the Guardian on 23 January, 2015

James MacMillan’s first full-scale opera is harrowing: almost unremittingly, sometimes salaciously. Its heroine, Inés, is Spanish mistress to the Portuguese prince Pedro; when the countries go to war, she is branded politically dangerous and executed. Pedro seizes power and forces his citizens to play out macabre fantasies at gunpoint. There’s no missing the grim narrative in this opera. Both text and music signpost every gory twist.

END_OF_DOCUMENT_TOKEN_TO_BE_REPLACED

First published in the Guardian on 22 January, 2015

In 1937, the writer Neil Gunn quit his job as an Inverness customs officer, sold his house, bought a small boat and set off sailing around the Western isles. If this was a mid-life crisis it was seriously constructive: the following year he published an account of the trip, Off in a Boat, full of soft wit and poetic musings on the sea and its mythologies. It solidified Dunn’s status as central figure in the Scottish Renaissance.
END_OF_DOCUMENT_TOKEN_TO_BE_REPLACED

“This isn’t a job,” says the composer John McLeod, gesturing shyly around his living room and across the hall towards his study. “It’s just work that I have to do.” It’s a typical statement from the soft-spoken, self-effacing Aberdonian. A ‘job’ in the sense of plain drudgery, maybe not, but you’d be hard-put to find a more diligent worker than McLeod. I’ve come to visit him shortly before Christmas on a day when fierce weather has halted the trains and given even the most committed an excuse to call productivity quits. McLeod admits to feeling a little guilty for taking an hour out of his routine to do an interview.

END_OF_DOCUMENT_TOKEN_TO_BE_REPLACED

First published in the Guardian on 20 January, 2015

In the late 1980s, Hans Abrahamsen stopped composing for several years, stumped for direction. This biographical detail was hard to fathom during the BBC Scottish Symphony Orchestra’s portrait concert because the Dane’s music seems to know exactly what it wants to say, and how, and why. It doesn’t waffle or shy away; it contains much quiet mystery and evocation but never dodges the point. “The most interesting thing is an idea expressed using one pitch,” Abrahamsen told us from the stage, and that drive for clarity and concision sums up the evening.

END_OF_DOCUMENT_TOKEN_TO_BE_REPLACED

It would be a stony-hearted listener who wasn’t charmed, thoroughly, by Le Vent du Nord. These four indelibly cheerful Quebecers have been touring the world together for more than a decade and still appear to be having a whale of a time. They’re wonderfully uninhibited at showing it, too, in a way that can take us dour Scots aback. From any less lovable a quartet, the cheeky antics of accordionist Réjean Brunet or the persistently daft jokes of hurdy-gurdy player Nicolas Boulerice might induce eye-rolling. There’s a polish to their stage show that might grate against the earthy grain of their music — if that music wasn’t delivered with such robust spirit. Le Vent du Nord are the genuine article: a vibrant, big-hearted slice of Quebecois culture, happy banter and all.
END_OF_DOCUMENT_TOKEN_TO_BE_REPLACED

Opening night of the Royal Conservatoire of Scotland’s fine new Le nozze di Figaro began with an announcement that nearly the entire cast (understudies too) had been struck down with a nasty virus just days earlier. In the event Fiona Flynn sang Barbarina’s aria from the wings, and although Heather Jamieson acted the Countess compellingly, her role was sung, valiantly and persuasively, by Charlotte Drummond — the understudy Susanna.
END_OF_DOCUMENT_TOKEN_TO_BE_REPLACED

First published in the Guardian on 16 January, 2015

Piper, fiddler, composer and producer Martyn Bennett died of Hodgkin’s Lymphoma ten years ago this month. He was 33 but already a game-changer in Scottish folk music. His final album, Grit, is a stunning electronic studio work (he was by then too ill to play his instruments) that mixes dance beats with archive song and spoken word from the powerful voices of Sheila Stewart, Jeannie Robertson and others. If eyebrows were raised at the time of its 2003 release, Grit is now broadly recognised for what it is: a bold celebration of melody and the voice, an inspiring act of personal defiance, a clear statement that traditional culture in Scotland is alive and can handle the shake-up.