This production is a joy to watch: an enchanting, big hearted, supremely loveable piece of whimsical animation and nimble stagecraft. Its creators are director Barrie Kosky, illustrator Paul Barritt and writer Suzanne Andrade of the theatre company 1927; it was first staged in 2012 at the Komische Oper Berlin and has already become a bit of a sensation at home and abroad. There are the makings of a classic here. Just as Bedlam will forever be crosshatched cubicles for anyone who saw David Hockney’s designs of The Rake’s Progress, so Barritt’s image of The Queen of Night as a knife-throwing cosmic arachnid will be hard to dislodge.

END_OF_DOCUMENT_TOKEN_TO_BE_REPLACED

On one level Max Richter’s latest album is straight-up ambient post-minimalism, all hushed, precious moodiness, but there’s concept behind the mellow loops and drones and wordless floaty vocals. A decent night’s sleep last for eight hours; Richter’s epic durational work Sleep clocks in at the same. The German-British composer calls it both a “personal lullaby for a frenetic world” and a “very deliberate political statement” on the way we engage on with our sonic environment. He wants to know how our brains deal with music while we dream: it is neurological research by incredibly low-key stealth. The full version is intended to actually send us to sleep, but ‘from Sleep’ is a one-hour offshoot during which we’re supposed to stay awake. Richter plays piano, organ, synths and low-thrumming electronics; the American Contemporary Music Ensemble adds soft-hewn vocals and violins. It’s a warm, slow-moving daydream with no sharp edges and a self-consciously hazy sound, as if recorded next door or underwater.

JS Bach wrote, or rewrote, seven solo harpsichord concertos. Most of them began life as showpieces for other instruments — violin, oboe d’amore — and occasionally their potted history makes for an awkward conversation between harpsichord and the rest of the band. Not here. Andreas Staier’s grit, flair and expressive freedom plus Freiburg Baroque’s athletic ensemble playing makes these performances bounce and swing. Staier embraces the chunky chordal textures gained over the single-line originals and gives them irresistibly thick, meaty attack: try the last movement of BWV 1058 — better known as the A-minor violin concerto — to see what I mean. His harpsichord is a 10-year-old Parisian instrument modelled on a Hass of 1734 (almost exactly the date of the concertos themselves) and the sound is brawny and dark-hewn, with melodies that sing every bit as much as a bowed or blown instrument.

Boris Tishchenko (1939-2010) was a Soviet composer of dark and exuberantly offbeat music. He wrote a lot and what he wrote was generally not shy. He charted the struggle of Soviet artists in his vehement orchestral song-cycle Requiem; he was a devotee of Shostakovich and it shows in his the prickly wit and grotesque pastiches of his music. That he was a superb pianist himself underpins the expansive, gnarly language of his 11 piano sonatas. On this recording French pianist Nicolas Stavy tackles the Seventh, longest and formally weirdest of them all, with its clanging tubular bells and acid glockenspiel (played by Jean-Laude Gengembre) adding to the absurd melodrama of the mix. The Eighth is more taught — a tight-sprung riot of tough counterpoint, mordant send-ups and suddenly bare, solemn chorales. Stavy’s playing is fearless throughout. He unleashes outrageous whirlwinds then finds penetrating space and contemplation in slow passages.

The Zehetmair Quartet often performs from memory — the players learn their parts by heart before they even start to rehearse, and tend to unleash thrilling levels of musical insight and expressive freedom accordingly. There were music stands on stage at this Queen’s Hall morning recital, but the capacity to react to each other and take the music in new directions was there from note one.

END_OF_DOCUMENT_TOKEN_TO_BE_REPLACED

The clue is in the name. German superstar violinist Anne-Sophie Mutter formed her personal string ensemble “in order to introduce gifted young artists to life as a professional musician”. Her own professional life equates to a circuit of glamorous soloists who command astronomical fees and play with big vibrato and bigger gestures — playing designed to impress. It’s an unhealthy cultural ecosystem and it’s artistically void. Mutter chooses and coaches her budding virtuosi and I suspect she decides on the dress code, too: them in black, her in eye-catching pink.

END_OF_DOCUMENT_TOKEN_TO_BE_REPLACED

Three Brahms violin sonatas, all in a row, and an encore of more Brahms (the C-minor Scherzo). Not a programme I would want from most musicians, but Leonidas Kavakos and Yuja Wang made it engrossing — a study of Brahms at his most exploratory and unguarded, a feast of rich sonority and glorious melody. These two musicians are splendidly different in looks and sound. She made a costume change during the interval, he did not. As a pianist Wang is athletic and quixotic: she made clear work of the thick Brahmsian textures and unleashed sounds ranging from brash metallic to sultry heavy-pedalling. Sometimes — start of the G-Major Sonata — I wanted more assertiveness from her; other times — close of the D-Minor — her attack was explosively volatile. She was full of surprises.

END_OF_DOCUMENT_TOKEN_TO_BE_REPLACED

First published in the Guardian on 26 August, 2015

At the end of this concert, the players of the European Union Youth Orchestra turned to their stand partners and gave each other a hug. Every orchestra has its own routine — some shake hands, some bolt off stage the minute time is up — but these hugs seemed genuine. The performance of Mahler’s Fifth Symphony that had just hurtled to a blazing close had involved dizzying exertion from every person on stage. This was grippingly, exhilaratingly good orchestral playing, surging with energy, laser-sharp focus and collective daring. EUYO’s members are between 17-24; if they never let you forget the third word in their name, that’s because such wholehearted vitality and commitment is all-too rare in older ensembles.

END_OF_DOCUMENT_TOKEN_TO_BE_REPLACED 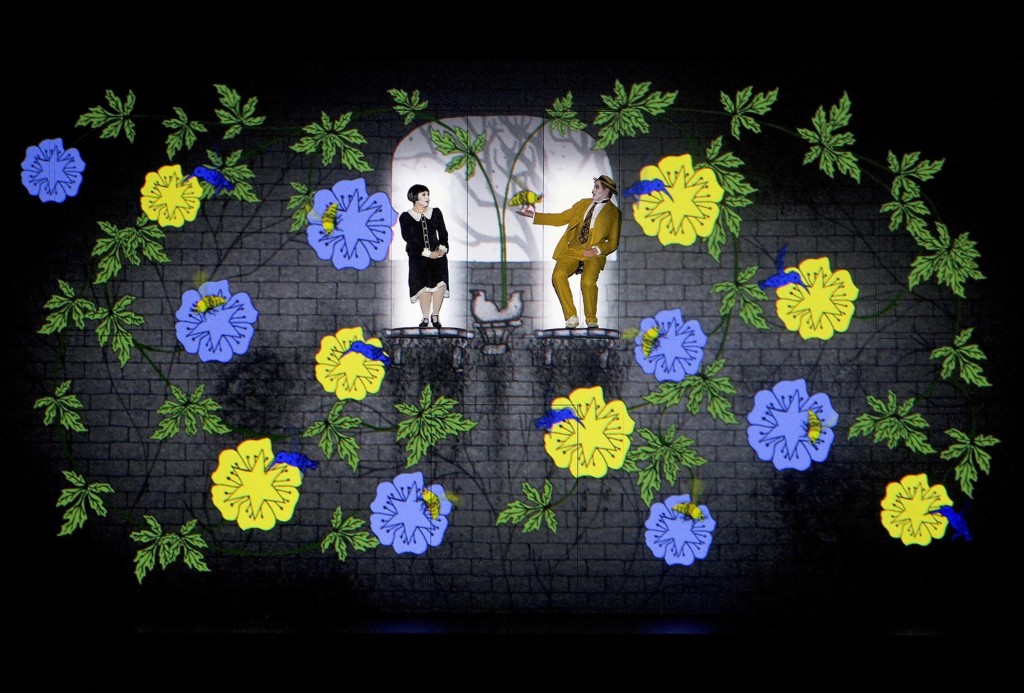 Berlin’s Komische Oper is run by Barrie Kosky, maverick Australian director whose immensely loveable 2012 staging of Mozart’s The Magic Flute comes to Edinburgh this week. The idea is a 1920s silent picture: speech bubbles take care of the opera’s spoken dialogue and the cast interacts with a spectacular animated film that fills the back of the stage. Kosky teamed up with the theatre company 1927 and it’s their aesthetic fingerprint that defines the look of the production — think Buster Keaton, vaudeville, steam punk, dark expressionism, Tim Burton, Nosferatu and David Lynch, all executed with gorgeous imagination and attention to detail.

END_OF_DOCUMENT_TOKEN_TO_BE_REPLACED

Malcolm Martineau is the world’s most rock-steady pianist, a flawless scene setter in song recitals, a perfect gentleman at the keyboard. “Malcolm? He’s a bloody genius,” the baritone Florian Boesch once told me. “He’s the most empathetic co-musician I can imagine. His sense of anticipation is unique. The kind of mutual response we have is like ping-pong; after a while it’s more reflex than conscious reaction. I accompany him as much as he accompanies me.” Malcolm has been a mainstay of the Queen’s Hall morning series for years; born in Edinburgh, he says the city will forever be under his skin. I met him on stage the day before he gave a breathtaking performance with the mezzo-soprano Sarah Connolly at this year’s festival.