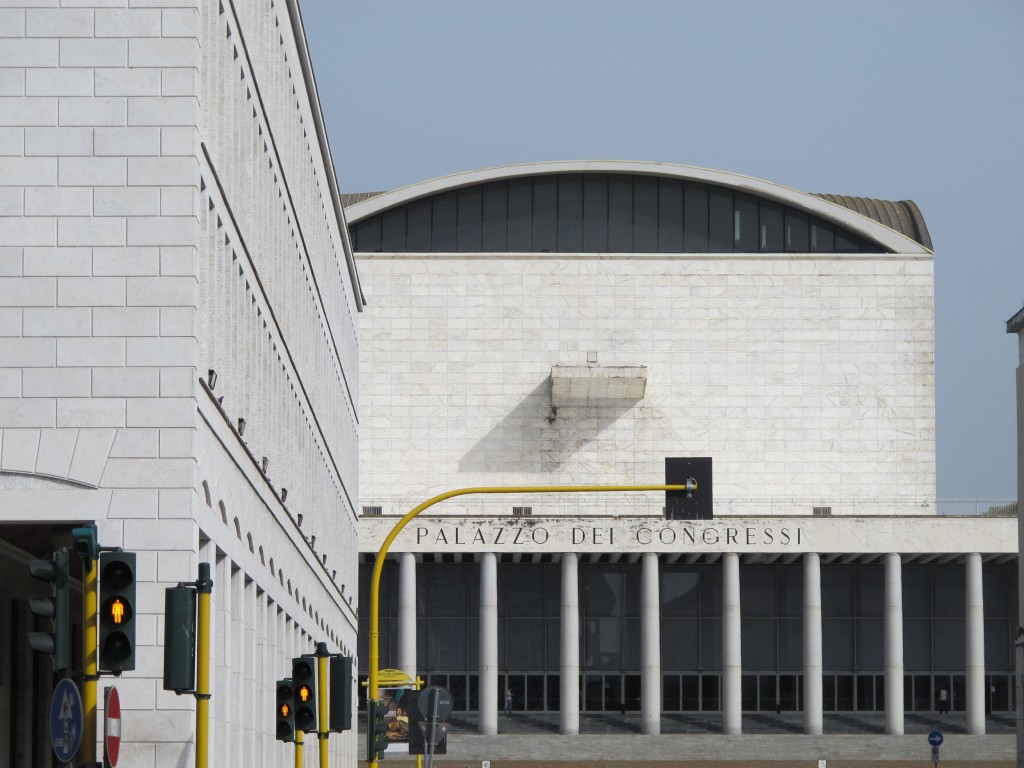 What’s in a name? Quite a bit, it seems, if you’re an Italian institution with several centuries of Papal patronage and the contours of nation building and 20th century political history etched into your fortunes. The Orchestra dell’Accademia Nazionale di Santa Cecilia— and no, that title can’t be shortened (I did ask) — is heir to one of the oldest musical institutions in the world, a Roman academy founded in 1585 with Palestrina as one of its earliest members. Back then the name was even longer: the Congregazione dei Musici sotto l’invocazione della Beata Vergine e dei Santi Gregorio e Cecilia, or The Congregation of Musicians under the Invocation of the Blessed Virgin, Saint Gregory and Saint Cecilia. You get the sense they weren’t thinking of hashtagability for the digital age.

The opening weekend of this year’s Edinburgh International Festival features the Santa Cecilia orchestra (let’s work with that) who last visited to Scotland 68 years ago almost to the day. Back then the festival itself was just a bairn, founded out of the wreckage of the Second World War in the hope that art and internationalism could build a better world. Santa Cecilia gave six concerts on six consecutive nights under three different conductors including Wilhem Furtwangler. What a statement it was to invite an Italian orchestra and a German conductor, particularly one who had weathered a complicated relationship with the Third Reich. “With his scanty hair and long neck, he suggests an elderly bird of passage,” noted the Scottish Daily Mail on 9 September 1948. “Personally he is remote and aloof, wrapped in a manner which indicates: ‘I am the inestimable Furtwangler.’”

END_OF_DOCUMENT_TOKEN_TO_BE_REPLACED

“I guess I’m emotionally complicated in the most simple terms,” says David Lang, Pulitzer Prize winning American composer, eyeing me with an expression that is simultaneously intense and placid as if to demonstrate the point. He’s explaining why his music has become such a favourite of choreographers and filmmakers — particularly the Italian director Paolo Sorrentino, who has featured Lang scores in his recent films. In the latest, Youth, Lang was tasked with writing Simple Song #3, hit opus of Michael Caine’s ageing composer character. Basically he had to write the ultimate tune: a melody so easy that beginners can play it yet so beautiful that it moves everyone to laughter and to tears.

END_OF_DOCUMENT_TOKEN_TO_BE_REPLACED

Terry Riley wrote In C in the early 1960s as a gleaming, free-wheeling utopia: a blissed-out soundbite of non-hierarchic social empowerment in which one person plays a repeated C (the first performance at San Francisco’s Tape Music Centre featured a young Steve Reich laying it down on a Wurlitzer) while the rest of the gathering thrums along with 53 variously interlocking little phrases. The piece became a 20th century classic and has been performed a zillion different ways, from 15-minute miniatures to multi-hour epics. This latest Dutch version clocks in at 40 minutes and combines chipper-sounding string quartet with percussion ensemble, taking the music into a cheesy kind of party groove after a polite start. It’s fun and breezy if not a whole lot more.  The disc also contains a dubiously ‘jazzy’ take on Sunrise of the Planetary Dream Collector, originally for string quartet, here with added horn, electronics and percussion. It’s all innocuous and inventive enough, but I wanted ten times more grit to the sound.

This might just be Nicola Benedetti’s best recording yet. Two very different 20th century violin concertos show her at her most generously expressive and succinct, her most agile and commanding. Shostakovich wrote his seething First Concerto in the late 1940s but kept it mainly suppressed until after Stalin’s death in the 1950s; Benedetti unfurls the painful opening melody with a wan, broken, beautiful sound, then when it comes to the Passacaglia she really soars. And what makes it so worth hearing her interpretation of the Glazunov — an altogether lighter, sweeter business — is that she retains some of that urgency and makes a convincing case for the dark corners as well as the big-hearted tunes. Another major plus is the playing of the Bournemouth Symphony Orchestra under Kirill Karabits, a sound that broods and simmers in the Shostakovich and adds lustrous depth to the Glazunov.

The longstanding duo of baritone Matthias Goerne and conductor/pianist Christoph Eschenbach brings well-signposted stormy grandeur to a collection of Brahms songs, culminating in a rich-hued account of the Four Serious Songs Opus 111. Occasionally bombast gets the better of Goerne — Wehe so willst du mich wieder from the Opus 32 set is all shout and bluster — and at times he overdoes the big, husky breaths that are part of his sound, like ‘em or leave ‘em. But his gravelly low notes can be glorious, his long phrases are powerful and his high pianissimos are especially poignant in Mondenschein, Opus 85. The finest-grained colours come from the piano; Eschenbach knows when to push and when to linger, and he has a lovely knack of catching Goerne at the crest of a phrase then adding his own quiet commentary.