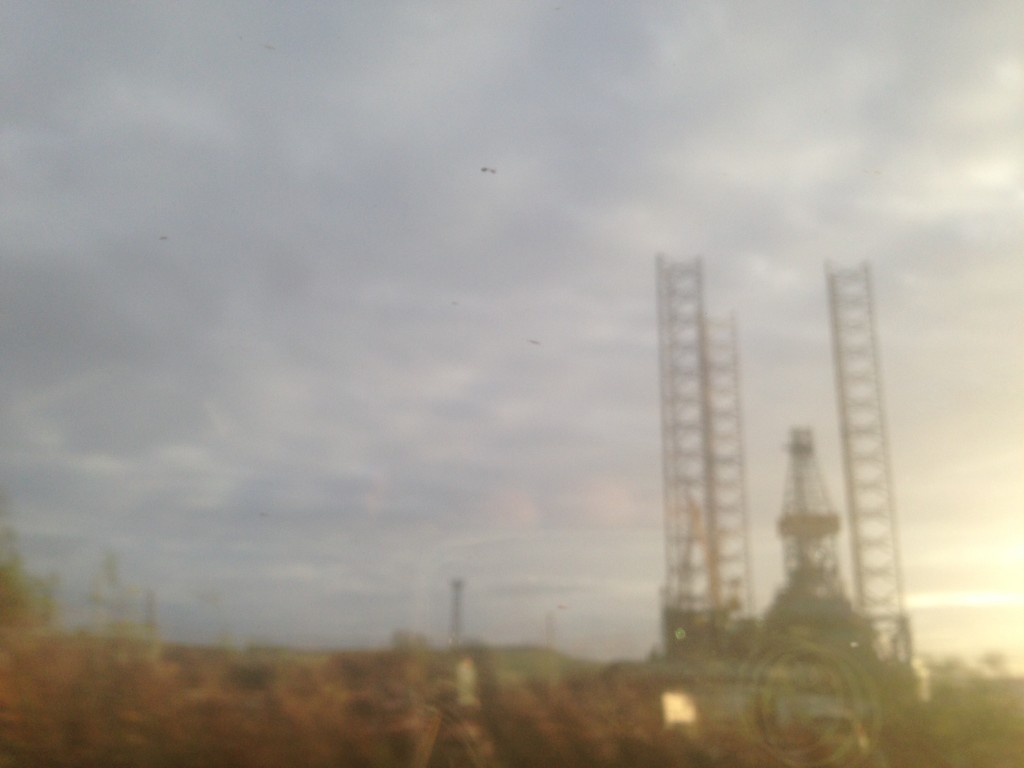 First published in the Guardian on 31 October, 2016

This concert wasn’t even supposed to happen, but the violinist of Red Note (Sound festival’s original Friday billing) cut her finger in a lemon-slicing incident and Montreal’s Bozzini Quartet stepped in last minute. It’s an impressive festival that has a group this good up its sleeve.

The new programme was brief and splendid: three works exploring the quietest possible sounds made with the fewest notes and a lot of silence in between. Alvin Lucier’s Disappearances is a study in dissipation and refocusing, all unison tones that darken and brighten until we hear the tiniest of gradations. As concert opener it was an exercise in what Murray Schafer calls ‘ear cleaning’ or Pauline Oliveros calls ‘deep listening’. Scelsi’s Third Quartet is a tetchier poke around the perimeters of quietness — movements with names like The Great Tenderness that throng in close intervals then dilate into surprising, glittering triads.

END_OF_DOCUMENT_TOKEN_TO_BE_REPLACED

When Holly Mathieson makes her debut as assistant conductor of the Royal Scottish National Orchestra this weekend, she will probably be dressed as a fox. Possibly as a cat. Mathieson conducts the orchestra’s Halloween concerts and has agreed to do so in full costume — “I did wonder whether it’s something all new assistant conductors have to go through as some kind of initiation ploy,” she ponders, “or whether the orchestra just hit the jackpot with me.” Hit the jackpot? “The fact that I got so excited about wearing a bushy tail.” Does she care either way? “Nah,” she grins. “I mean, bushy tail! And my priority here is making it magic for the kids. It’s not about me.”

END_OF_DOCUMENT_TOKEN_TO_BE_REPLACED

First published in the Guardian on 25 October, 2016

Mascagni’s first opera was the mega hit Cavalleria Rusticana and he spent the rest of his life trying to live up to it. His second effort, L’amico Fritz, is as pastel and sweet as Cav is blood-red and fiery; it’s flimsy, dated, occasionally gorgeous, mainly unmemorable. Given Scottish Opera’s thin provision it is debatable whether a diaphanous Mascagni romcom should be top priority here, but the company’s new-ish music director Stuart Stratford is mad for the composer (he held the score aloft as he took his bow) and has promised to bring us more Mascagni every season.

END_OF_DOCUMENT_TOKEN_TO_BE_REPLACED 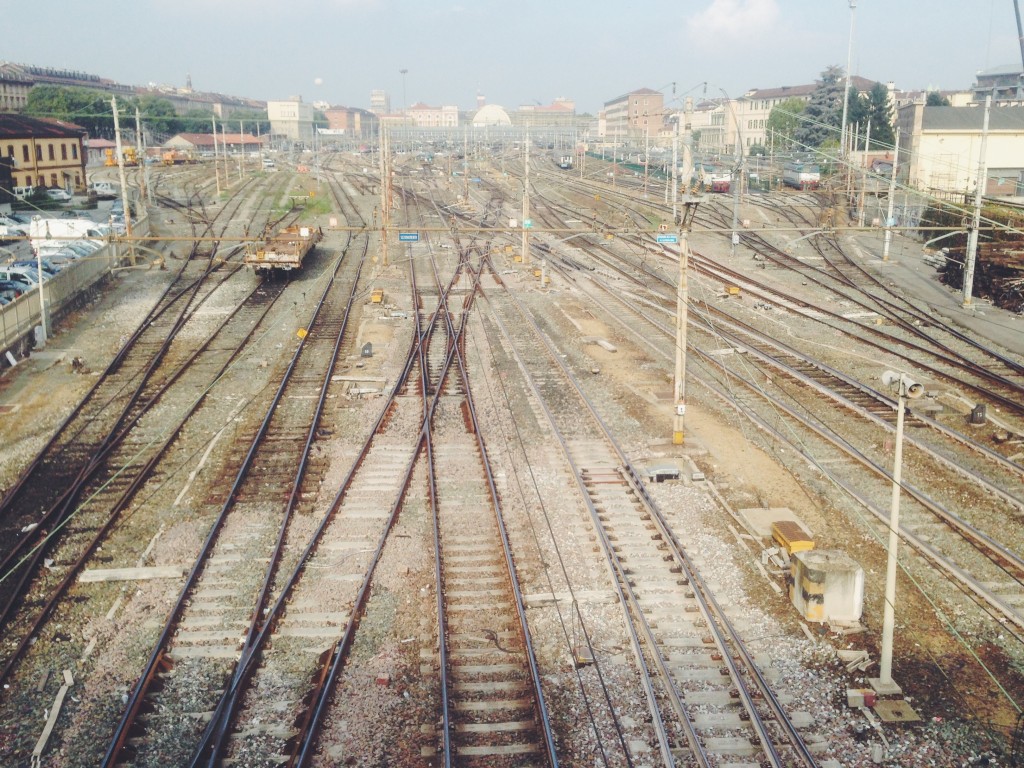 “I work in between the cracks,” says vocalist/composer/performance artist Meredith Monk, “where the voice starts dancing, the body starts singing, the theatre becomes cinema.” Is a way everything she does is about ecology — that interconnectedness; those wild vocal noises — and now On Behalf of Nature is a treatise without text, an outcry without words. She wants the work “to expand our awareness of what we are in danger of losing” and does that by making music that sounds like it comes from the earth, feet planted in the mud, voices erupting and gusting and keening. As a live show its physical gestures were a bit stilted and obscure; for me it’s more articulate as music alone. And though Monk’s incredible technical range is going, the softer stuff is still enthrallingly playful and ritualistic. Sometimes it feels weird being a bystander to her music: this kind of elemental rite should involve us all.

Way-too-early seasonal content (sorry) but this latest release from the Dunedin Consort is too good to wait. It’s surely one of the finest accounts now available of Bach’s Christmas Oratorio. The approach of scholar/conductor John Butt is never authenticity-or-die, but full of historical investigation without purporting to recreate what Bach might have actually done. (Which would be tough, anyway, given the original 1734 vocal soloists probably doubled on an instrument or two.) The singers here are Dunedin regulars including Joanne Lunn, Clare Wilkinson, Nicholas Mulroy, all excellent, with Mary Bevan as a standout newcomer. The choral sound is pert, sinewy, natural; the instrumental playing is punchy, broad, charismatic. Butt’s navigation of the sprawling six cantatas is tremendously enjoyable — it’s not just how he handles tempo and gait to make us feel the character of individual movements, but how he turns corners and paces the big picture.

Mozart was 19 when he wrote his violin concertos, a cocky teenage genius. The music is astoundingly elegant but it also prances and preens, and I had wondered what Isabelle Faust — most refined and intellectually scrutinising of today’s violinists — would do with all that cheek and bravado. Turns out she makes it fly where it counts, and always on her own terms. This is the kind of recording whose booklet notes list the instrument pedegree of every single member of Il Giardino Armonico, which might seem precious if the ensemble playing wasn’t so fresh and buoyant, if it didn’t sound like every player was an alert and integral part of the whole. Giovanni Antonini conducts but the music seems to be led from everywhere. Meanwhile Faust’s touch is light, finespun, pristine — often her bow hardly glosses the strings, but there’s proper robustness to balance in the chunky, sparky cadenzas.

Sound — Scotland’s festival of new music, a two-and-a-half-week series of concerts in and around Aberdeen — has announced John De Simone as its inaugural Composer in Residence. What that means in practical terms is yet to be worked out; mainly, it seems a welcome statement of support for a composer whose music is courageous and singular and very much worth hearing. This year’s festival features De Simone’s solo cello piece Misremembrance (performed by Robert Irvine on October 22) and his string quartet Intimacy (performed by the Edinburgh Quartet on October 27). It also features a new piece for Red Note Ensemble, to be premiered  on October 29 alongside Louis Andriessen’s epoch-defining 1970s work De Staat.

END_OF_DOCUMENT_TOKEN_TO_BE_REPLACED 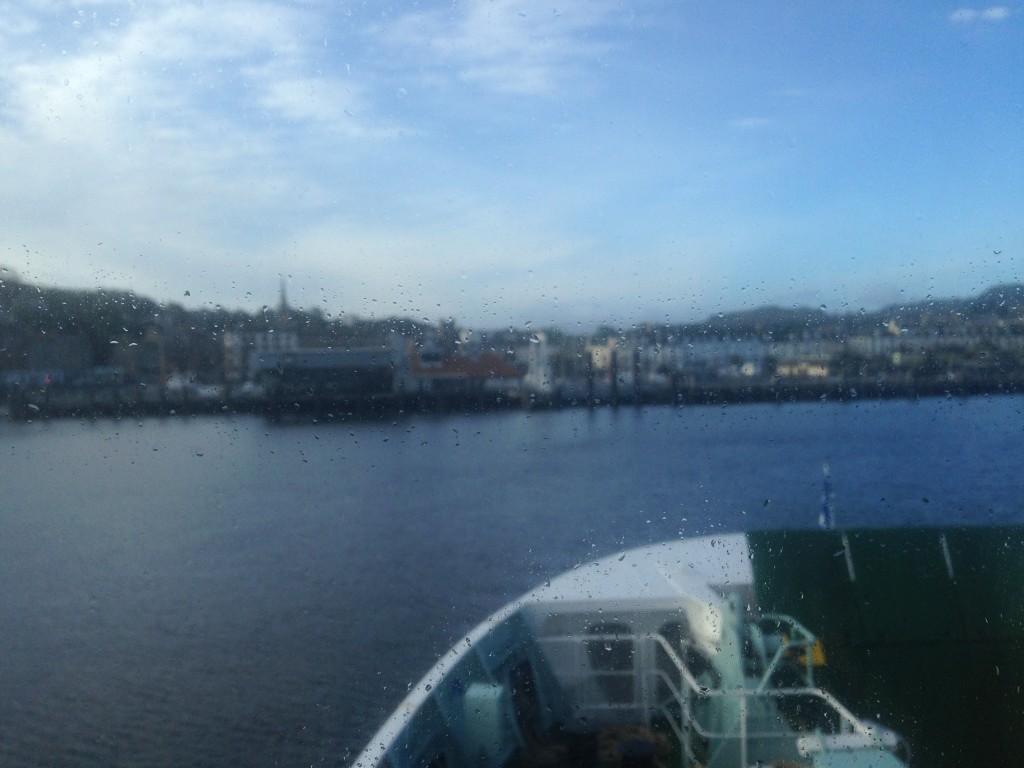 Scandinavian Scotland. Nordic Scotland. I’m not talking 8th-century Viking raids or 15th century Norwegian earldoms in Orkney and Shetland. I’m talking the political zeitgeist of now — that handsome notion of aligning ourselves north-eastward with progressive social democracies advocating egalitarianism, high taxes, higher welfare. The argument gained new urgency after the Brexit vote: how to avoid isolation as a small nation outwith the EU? In July the Icelandic legal expert Katrin Oddsdottir — among those elected to draft a new Icelandic social contract after her country’s financial collapse — suggested that an independent Scotland should join the inter-parliamentary Nordic Council and that Scotland should “look further north towards Reykjavik and Oslo rather than Brussels”. Now it’s not just a case of how to be more like our Nordic neighbours, but how to actively participate in their pan-Nordic networks and institutions.

END_OF_DOCUMENT_TOKEN_TO_BE_REPLACED

In a way, music was Sally Beamish’s first language. Her mother, a violinist, taught her to read and write notes at the age of four — before she could play an instrument, before she could even read or write words. She would draw little flowers or faces on the manuscript and her mum would interpret how the graphic notation might sound. “I always wanted to make my own stuff,” she says. “I’ve made my own clothes, written stories, painted…” When she started learning piano aged five, she constructed herself a little exercise book.

Today Beamish is one of the UK’s busiest and most warmly respected composers, with commissions coming in thick and fast for scores ranging from large-scale ballet and oratorios to chamber, theatre and solo works. At 60 she already has a catalogue of more than 200 pieces and that number is rising fast: this year she has been writing three piano concertos among several other projects. For many listeners, the great appeal of Beamish’s music is the space it finds between softness and steel — her knack of blending folk-flecked lyricism, emotional candour, a sense of the natural world and a propulsive way with rhythm plus real economy, directness, luminous orchestrations and rigour of craft. She’s the kind of composer who seems to know exactly what she wants a piece to say and finds the most compassionate and least fussy way of saying it.

END_OF_DOCUMENT_TOKEN_TO_BE_REPLACED

First published in the Guardian on 6 October, 2016

This is Steven Osborne’s 25th recording for the Hyperion label and what marker it is. The Scottish pianist plays with an authority built on intelligent, very human musicianship: his accounts of these three late-period Beethoven sonatas are hugely personal but are never about him. He orders the music in reverse, starting with the fearsome Hammerklavier and playing the explosive outer movements with a high-definition élan that makes this wildest of Beethoven sonatas sound even wilder. Slow movements are tender, plain-speaking, profound; there are marvellously shaded places in Opus 101’s third movement and subtle, joyous colour changes every time the golden theme of Opus 90’s second movement comes around. Meanwhile the piano’s damper pedals rise and fall with audible percussion — nice to hear some tangible mechanism noises in a recording, but distracting in playing that invites such close listening.