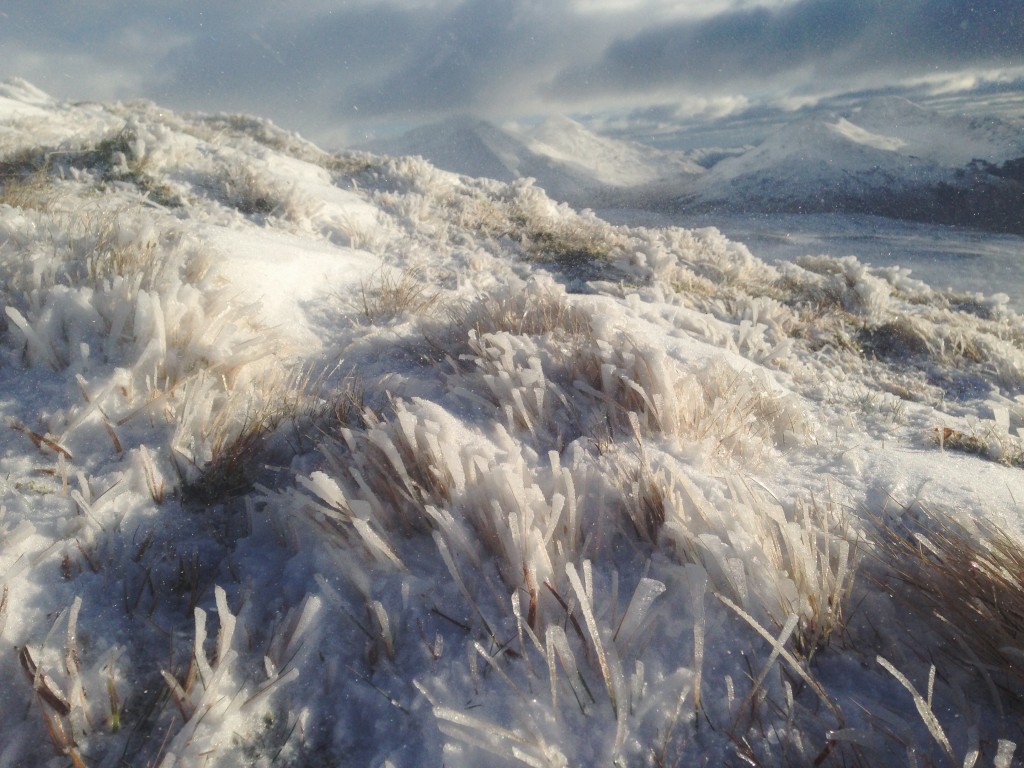 First published in The Herald on 23 November, 2016

I wonder what Michael Tippett would have made of our times. What kind of lush, kinetic music he would have summoned in response to a geopolitics of post-truths and hypernormalised hate speech. This was the composer who began work on a pacifist oratorio the day Britain declared war on Germany in 1939, who later went to prison as a conscientious objector. He made the opening words of that oratorio as bleak and urgent as the way he was feeling: “The world turns on its dark side,” sings the chorus.

One of my favourite Tippett quotes relates the artists of today — his day, our day — to an age-old tradition that, he said, “goes back into prehistory and will go forward into the unknown future. This tradition is to create images from the depths of the imagination and to give them form. […] Images of vigour for a decadent period, images of calm for one too violent. Images of reconciliation for worlds torn by division. And in an age of mediocrity and shattered dreams, images of abounding, generous, exuberant beauty.”

END_OF_DOCUMENT_TOKEN_TO_BE_REPLACED 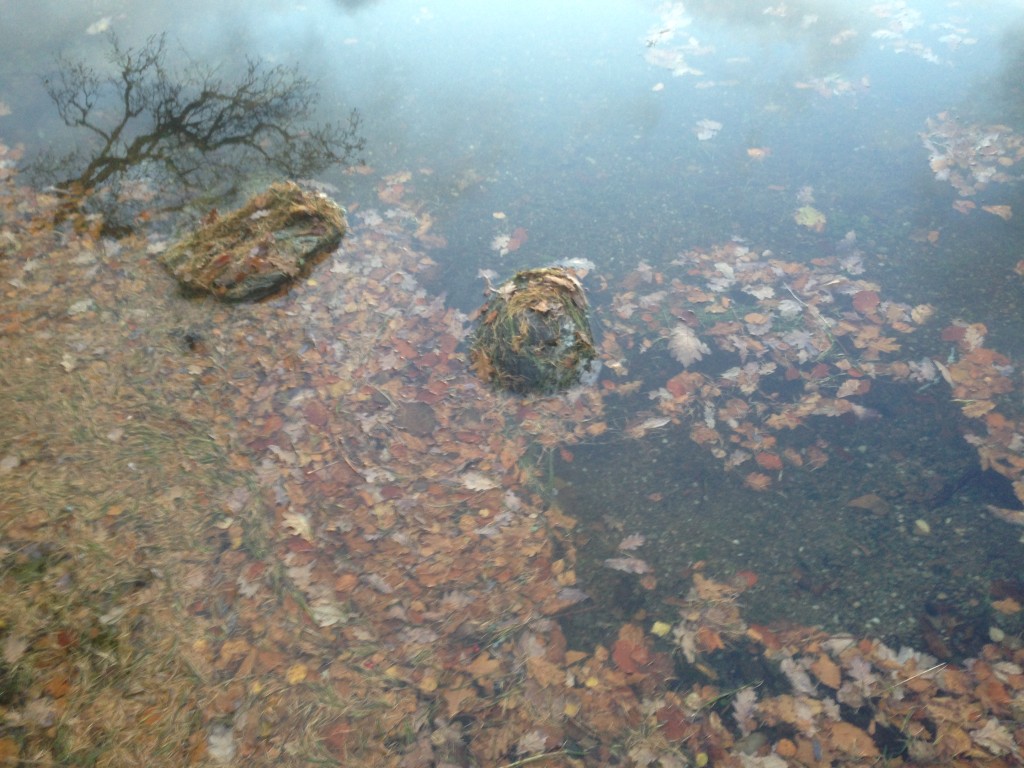 Laurence Crane builds graceful, cheeky, elusive music out of ordinary things. Plain triads float across a long drone in the opener of this disc, John White in Berlin. The triads are bright, the drone is a bit murky. In the piece Events, soprano Ditte Marie Braein reads out various lists from The Guardian. Old Life Was Rubbish pivots on just two chords like a line-drawing of a wonky seesaw. There are allusions all over the place but Crane’s trick is to make them fleeting and decontextualised so that everything sounds new and not new. Electric guitars, electric organs, bass clarinets and vibraphones give these small-ensemble pieces a warbled vintage pop sound — bleached-out surf rock left in the sun a few decades then turned to the gentle absurd. The title piece is also the most recent of the collection (2009) and the most gleefully wayward; Norwegian group Asamisimasa plays it all with exactly the right balance of tenderness and deadpan anarchic humour.

This was never going to be a straight-up rendition of Georg Philipp Telemann’s baroque fantasias, not when the performer in question is Aisha Orazbayeva. The London-based Kazakh violinist specialises in fearless confrontational ventures into postwar modernism and the avant-garde of now; unsurprising that her account of Telemann’s 1735 pieces takes the fantasy name at face value and totally reimagines them, fixating on a lonely wisp here, a nasty scrape there. When she does come round to playing the originals (she includes six of the 12 fantasies) they sound impossibly pristine and delicate, precious things lost and self-consciously glittering in a scraggy broken landscape. Orazbayeva first used these Telemann deconstructions for a 2015 Tanztheater Wuppertal dance piece by Tim Etchells called In Terms of Time which the Guardian noted for its absurdist ritual and truncated communication. I would say the same description applies here.

A port in the storm, this. Giuliano d’Angiolini is a Paris-based Italian composer and ethnomusicologist who makes music of whispered, consolatory indeterminacy. He’s probably best known (if he’s known at all) for a 2011 album called Simmetrie di Ritorno, but I’d argue this new release is more sublime, or maybe just more timely. It contains poised and attentive performances of the piano piece Finale, the string quartet (suoni della neve e del gelo) and the five-flute Aria del flauto eolico, all of it the most discreet and enabling kind of chance music — like John Cage, d’Angiolini uses procedures that play out differently every time — that isn’t didactic or abrupt and doesn’t resort to shock tactics. Instead it lays sounds bare and leaves generous opens spaces for a listener to feel her own responses, or not. This is music in the present tense, no guile or bile or shouting, no post-truths.

First published in The Herald on 16 November, 2016

Turn on the radio and you’ll recognise the Scottish Chamber Orchestra in a flash. Mozart that fizzes, Berlioz that’s lithe and nimble, ensemble intuition that darts and dares and turns on a dime. On a good night, at its best under the microphones, the SCO has a rare elegance laced with a rare explosive charisma and the combination is a thrill. And so it seems there is a disjunct here between artistry and administration. In managerial matters, the general ethos of the SCO has been a lot more sedate than its spry signature sound. A year ago Roy McEwan announced his retirement as Chief Executive after more than two decades in the job, and some felt that now might be the time to inject fresh blood, vision and energy into the select top tier of Scottish orchestral management.

END_OF_DOCUMENT_TOKEN_TO_BE_REPLACED

First published in the Guardian on 14 November, 2016

At the start of Ken Loach’s latest film I, Daniel Blake, the beleaguered Daniel spends hours on the phone to the DWP, driven nuts by a chirpy holding jingle. Later we see Dan take a spray can to the local Job Centre: “I, Daniel Blake, demand my appeal date before I starve. And change that shite music on the phone.”

The ‘shite music’ in question is the opening of Spring from Vivaldi’s Four Seasons: overplayed to numbing point, life-sappingly familiar. Various musicians have made various efforts to strip back the naff associations and remind us that these four concertos are real and wonderful pieces. “Gentle confusion can give everyone a chance to hear something in a new way,” writes Jonathan Morton, artistic director of the Scottish Ensemble, and to demonstrate he commissioned sisters Anna (composer) and Eleanor (illustrator) Meredith to make an audiovisual work that might frame, refract and refresh Vivaldi’s originals.

END_OF_DOCUMENT_TOKEN_TO_BE_REPLACED

These collected letters — more than 500 of them, long and short, serious and daft — are an engrossing read and a valuable resource. We get detailed correspondences variously to and about Pierre Boulez, Henry Cowell, macrobiotics, the I Ching and Buddhism, David Tudor, Marcel Duchamp, Marshall McLuhan, mushrooms, all that ever intrigued and inspired John Cage. We get Satie, lots on Satie, all through Cage’s life, and we witness the wit and sweetness between Cage and his partner Merce Cunningham. (For me there’s an element of intrusion that comes with eavesdropping uninvited on the intimate whisperings of other people — these love letters weren’t written for our eyes — but we do glean a lot about the artistic worlds that Cage and Cunningham moved in).

END_OF_DOCUMENT_TOKEN_TO_BE_REPLACED

NMC is the record label founded by composer Colin Matthews in 1989 with the explicit aim of championing contemporary classical music from the British Isles. Apparently a significant instigator was a concert of new works at the Aldeburgh Festival in 1987 that drew a full house but was not broadcast, meaning the music was only heard by 800 people. Matthews found himself pondering how to ensure broader access to new music, and he settled on recording as the answer. The quality of this latest batch of NMC releases — the calibre of the performances, the care and detail in the recorded sound, the significant platform these albums provide for young-generation composers — is proof of how central the NMC label has become to the UK’s contemporary music infrastructure.

END_OF_DOCUMENT_TOKEN_TO_BE_REPLACED 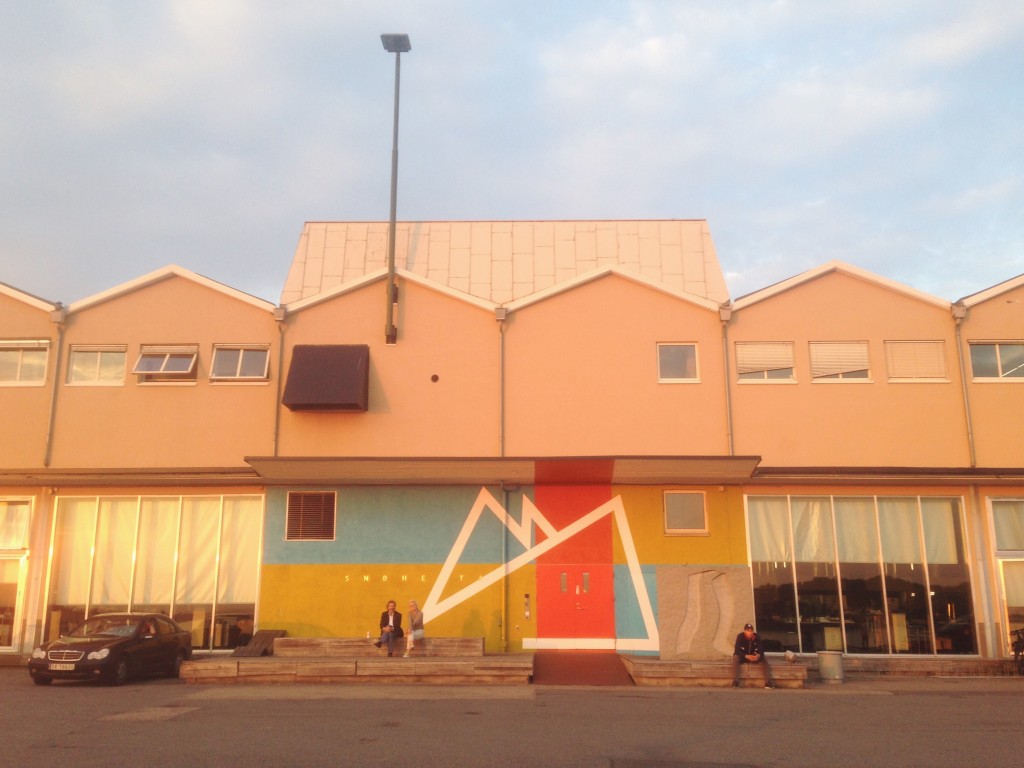 First published in The Herald on 9 November, 2016

In a rare example of prime London real estate being handed over to creative uses, Somerset House — smack-bang in the centre of things on the banks of the Thames — has converted a former Inland Revenue wing into studio spaces for videographers, fashion designers, gamers, writers, architects and such. New residents include multimedia artist Christian Marclay and composer Jennifer Walshe. And Anna Meredith, whose star has hurtled upward so fast over the past year that she’s now orbiting the kind of giddy galactic iconography that fills her music.

The last time I interviewed the Edinburgh-raised, London-based composer was in spring 2015. She had written her debut electronic dance album Varmints but hadn’t released it yet, and she was still working from home, a tiny flat in Camberwell, spending “99 percent of the time either in the flat or in Morrisons or Superdrug,” she laughs. Then Varmints went public on the Moshi Moshi label and things changed. She got a manager. She’s been gigging like mad. She won the Scottish Album of the Year Award and guest presented shows on BBC 6 Music. She was recently crowned Number One on The List’s Hot 100, not a roll-call usually prone to noticing classical music.

END_OF_DOCUMENT_TOKEN_TO_BE_REPLACED

First published in the Guardian on 7 November, 2016

“Symphonic boa-constrictors” is how Brahms famously slated Bruckner’s symphonies. A century and a half of might-is-right Brucknerian performance practice taught us to brace for august cathedrals of sound if we’re lucky, bloated juggernauts of Teutonic stodge if we’re not. But does this music have to be unrelentingly hefty? Various conductor have asked the question. Robin Ticciati has made a habit of redressing big romantic orchestral works through the neat, lithe lens of the Scottish Chamber Orchestra — together they’ve unveiled ravishing colours in Berlioz and Brahms and now Bruckner, making his Fourth Symphony sound all sorts of unBrucknerian adjectives like limpid, refined, nimble, inquisitive.