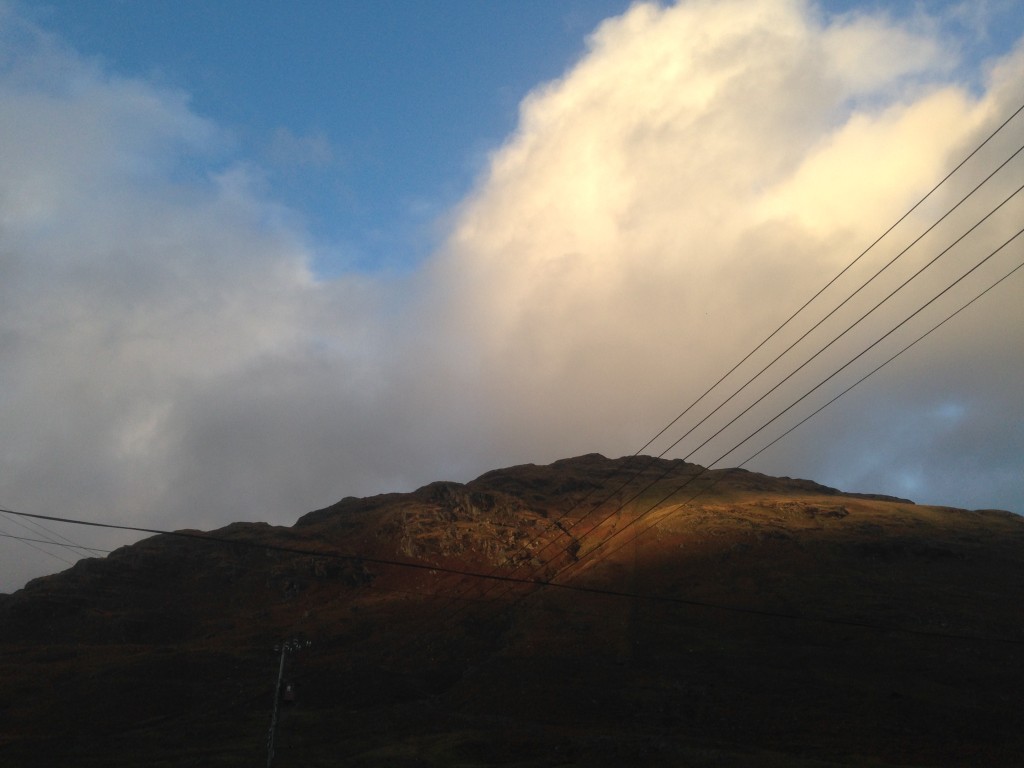 First published in the Guardian on 25 January, 2017

Is Scotland’s folk music stuck in gender stereotypes of the 19th century? In a nation striving to define ourselves through progressive liberalism, whose political leaders are women, whose folk culture helps shape a national image at home and abroad, why do we still fall for proto-Romantic notions of what Scottish masculinity and femininity should look and sound like?

This year’s Celtic Connections is billed as “a celebration of inspiring women artists”. Headline acts at the Glasgow festival include Roberta Sá, Olivia Newton John, Martha Wainwright and Karine Polwart. The opening concert features Laura Marling in songs orchestrated by Kate St. John with the BBC Scottish Symphony Orchestra; the penultimate night features 81-year-old English folk revival legend Shirley Collins. The theme was originally devised as an outward-facing statement, says festival director Donald Shaw. Last March he visited Lahore just days after a female musician was shot dead in the street, and that “got me thinking,” he says, “about how women can be empowered through music.” He mentions the singer Aziza Brahim, born in a Sahrawi refugee camp in Algeria and appearing at the festival’s opening weekend. “Music was her road to freedom. If festivals like us make a point of expressing positives around what women bring to music and what music brings to women, at the very least that might embarrass platforms in other parts of the world that don’t give women proper representation.”

END_OF_DOCUMENT_TOKEN_TO_BE_REPLACED

A composer writes an orchestral piece by inviting every member of the ensemble to visit her at home, one-by-one, to devise their parts collaboratively. This is how Eliane Radigue makes music: slow, exacting, verbal, personal. In many ways her work is a paradox. She writes drone music that dances. It is simple and rich, spacious and detailed, unhurried and full of movement, spiritual and non-didactic, narrative and abstract. Over the past 50 years she has honed a uniquely concentrated creative practice in order to access an expansive realm of partials and subharmonics — “sounds within the sound,” she calls them. She works instinctively, and her instinct has always drawn her to slowness and subtle modulations, yet she demands from her performers a kind of precision that is physically and mentally virtuosic. She claims with a shrug that her technique boils down to “fade in, fade out, cross fade,” whether in her early long-form synthesiser works or the acoustic pieces she’s been writing for the past decade. Yet it’s the complex, iridescent interior expanses of her music that achieve exquisite lift-off.

For many decades Radigue entrusted nobody but herself to illuminate those sounds within the sound. In the 1960s her vision went deeper, longer, lower and higher than the musique concrete pieces that Pierre Schaeffer and Pierre Henry were producing — she worked as an assistant to both, then stayed extra hours in the studio experimenting with the ephemeral potential of electronic feedback. And while feedback was conventionally a noisy domain of wildness and abrasion, Radigue trod gently and tamed the beast to make breathtakingly delicate pieces like Jouet Electronique (1967), Stress-Osaka (1969), Usral (1969), Omnht (1970) and Vice-Verse, Etc (1970).

END_OF_DOCUMENT_TOKEN_TO_BE_REPLACED

If you were to index a conversation with pianist and composer David Wilde, 82 next month, it would read like a compendium of 20th century western music. Solomon. Boulez. Boulanger. Hindemith. Barbirolli. Yo Yo Ma. After winning first prize at the 1961 Liszt-Bartók competition in Budapest, Wilde was one of the core names in British pianism, an astoundingly busy and versatile performer for at least two decades. Upstairs in his house in Cockenzie, East Lothian, an entire room is devoted to reel-to-reel tapes — hundred of recorded radio broadcasts, many of them of major modern repertoire in his trademark robust, heartfelt and intellectually steely interpretations. Bartok’s Second Piano Concerto with the BBC Scottish Symphony Orchestra in 1977. Stravinsky’s Concerto for Piano and Winds with the BBC Northern. Stockhausen’s Gruppen, in which Wilde played first celeste in the British premiere under Gibson in Glasgow and first piano under Boulez in London. And on and on.

END_OF_DOCUMENT_TOKEN_TO_BE_REPLACED

First published in the Guardian on 24 January, 2017

Margaret Barry, born a hundred years ago, knew how to entertain a crowd. She had to — she left home at 16 with a bicycle and a banjo and sang her way to the Albert Hall via Cork street corners and the Irish pubs of north London. She was fearless, toothless (literally), a tiny balladeer with a colossal voice and tenacious soul in the way she sang, smoked, charmed and drank Guinness. She was dubbed “queen of the Gypsies” by a promoter and the moniker stuck, despite the fact she wasn’t really a gypsy at all. She told a good tale and didn’t let details get in the way.

END_OF_DOCUMENT_TOKEN_TO_BE_REPLACED

Eva-Maria Houben (b. 1955) is a German composer/organist who epitomises the Wandelweiser aesthetic of sparseness, slowness, unwavering quiet, fastidious calm. “Music may exist ‘between’,”she writes. “In my music you will find sounds which seem to avoid the decision: appearing or disappearing?” She sets up situations as much as anything, lingering after a note has been struck in that space where anything might just happen. And because nothing does happen — the next note sounds as insistently serene as the previous — there’s a creeping tension, like someone holding a feather a millimetre from your nose for an indeterminate amount of time. Houben’s Livres d’Heures is named after the medieval Christian devotional books and is delivered with exemplary control on this recording. The first book features tubular bells in warm unison with Houben’s piano; the second book inhabits the fragile upper harmonics of two violins; the third, a whispered panoply of bow scrapes and pizzicatos, spins off into the tantalising realm of Hector Berlioz’s marvellous instruction ‘presque rien’.

Rome and Fair Isle, not an obvious pairing, were both inspirations behind late-period Maxwell Davies chamber music. His Piano Trio (2002) invokes Shetland tunes, rough waters and jagged cliffscapes. The Sonata for Violin and Piano (2008) imagines a walk through Rome with menacing dark alleys and sudden epiphanies. In both the music roams and spirals. The violinist on this recording is the fantastically ardent Duccio Ceccanti, with his cellist brother Vittorio, fond of big gestures, and the pianists Bruno Canino and Matteo Fossi. The disc opens with the Sonata for Violin Alone (2013), which Ceccanti plays with a deeply personal conviction and untethered flair hard to imagine from anyone else. Recorded in a massively resonant town hall in Perugia, the single 20-minute elegy feels improvisatory, austere, questioning, resolute. As a palette cleanser we get the Dances from The Two Fiddlers — hackneyed folk pastiches from Maxwell Davies’s 1970s children’s opera that sound utterly kitsch in Ceccanti’s fulsome vibrato and assiduous Scotch snaps.

Nuria Rial is a Catalan baroque soprano whom I wish we heard more of in the UK. Her voice is pristine, gracious, featherweight; she shapes her lines with an understated finesse that sounds as natural as the wind. All of which comes across beautifully on this disc, and yet the overall impact is a little underwhelming. She teams up with countertenor Valer Sabadus — also nimble and elegant but a less distinctive voice especially in his lower range — for duets and arias from Italian oratorios 1670-1770 including gems by Porpora, Lotti, Torelli, Gabrielli and Alessandro Scarlatti. The duos sound sumptuous, a gorgeous vocal blend, but for the most part the singers treat the material as non-declamatory and reflective rather than dramatic. It all starts to sound lukewarm, and the polished Basel orchestra doesn’t help — no urgency, no grit, no swing, deadly polite.

Composer Martin Suckling and flutist Katherine Bryan are old friends. They have known each other since National Children’s Orchestra of Great Britain days, aged 11 or 12, though “you never  spoke to boys then,” he teases her now, over coffee in Glasgow where he grew up and she is now principal flute with the Royal Scottish National Orchestra. It was when they graduated to National Youth Orchestra aged 14 that they started spending all of their time together. Between courses they would write letters and Bryan would send mix tapes. Both of them remember the Joni Mitchell tracks, but can’t or won’t recall anything more embarrassing.

Suckling was in NYO as a violinist but had already started composing, and one of his first ‘official’ pieces was an ensemble work for all of his friends. After some cajoling he admits it was was called Delirium. “It had a double bass doing a heart beat kind of thing and a big flute solo for Katherine at the end that went up to a top C-sharp. I thought that was very daring.” Does he still have a copy of the score? “No. Yes. No!” He studies his sandwich.

END_OF_DOCUMENT_TOKEN_TO_BE_REPLACED

First published in the Guardian on 15 January, 2017

The Last Supper is Harrison Birtwistle’s intense and mysterious ‘dramatic tableau’ — an opera, but more static and more stylised — with a libretto by the late Canadian poet Robin Blaser. It premiered in 2000 and was specifically a millennium piece: it deals with time, the weight we put on single moments (the striking of midnight, the Crucifixion), how we rework those moments in hindsight, how we replay old stories with horrible inevitability and reenact rituals we would rather escape. Hearing the work in 2017, its depiction of historical amnesia and collective entrapment felt starkly relevant.

This is not easy entertainment by anyone’s standards. Birtwistle himself has called it “a tough grub”, and though we all know the story, broadly speaking, the detailed implications are obscure. Time telescopes across two millennia but for two hours nothing much happens. The premise is that Ghost — Greek chorus, conscience of the audience, sung with superb conviction by Susan Bickley — invites the disciples to reconvene for another Last Supper. The men trickle in, greet each other, chat about what they’ve been up to for the past 2000 years. Judas turns up against the odds and the others shun him; I was deeply moved by Daniel Norman’s diffident and remorseful portrayal. Then Jesus arrives, a tremendously noble and resonant performance from Roderick Williams, and begins to play out Passover events.

END_OF_DOCUMENT_TOKEN_TO_BE_REPLACED 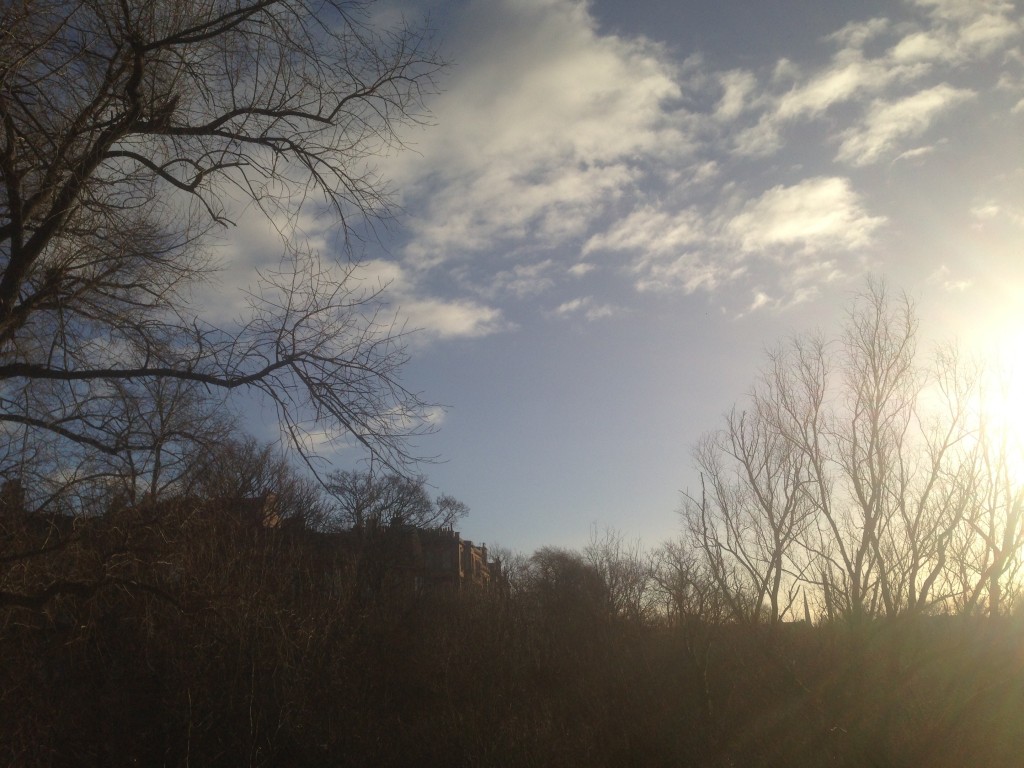 At the end of our interview, Harrison Birtwistle pours a couple of glasses of whisky that contain at least five drams each. We’ve been talking about Raasay — the composer spent seven years living in the Hebrides in the 1970s — and he jokes that the reminiscing has brought out old island drinking habits. “I still know every inch of that place,” he says. “I mean, the way of the land. I used to go fishing. I loved the east coast, where nobody ever went.”

Now we’re at his current home in the Wiltshire village of Mere, approximately a universe away from the Hebrides. There is a pot of tea on the kitchen table next to the whisky, and a bowl of lemons, and a potent Camembert that I brought with me from London and which seems to have ripened precariously on the train. “Aha, I know just what to do with that,” Birtwistle said when I handed it to him, eying the label. After Raasay he and his family moved to France, an hour outside of Toulouse. He claims his French is about as good as his Gaelic.