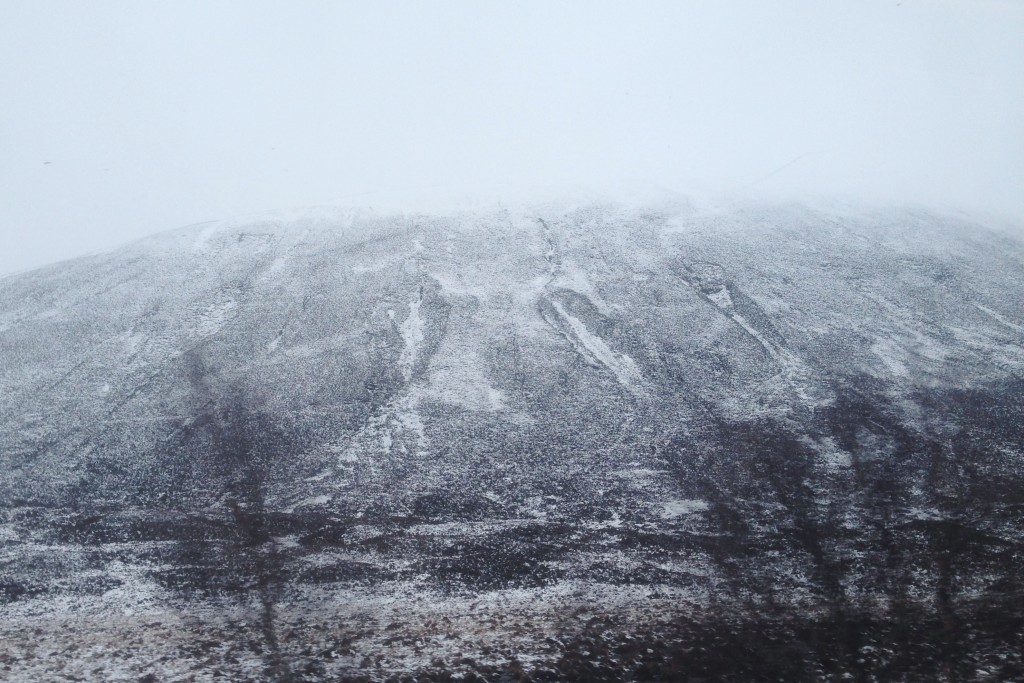 What to do with Bluebeard’s Castle? Bartok’s single-act opera is so devastatingly complete, so ravaging in musical and emotional impact that it needs nothing more or less than what unfolds within its own beautiful, horrifying arch. But opera companies like a double-bill. There are prosaic reasons like bar takings at the interval, and sometimes there are legitimate artistic reasons like respite or ballast or perspective.

What Scottish Opera goes for in this co-production with the theatre company Vanishing Point is a new music-theatre-ish piece called The Eighth Door — a kind of abstract prequel to Bluebeard, or possibly a sequel that comes first. I’m not sure what the reason for it is. Matthew Lenton, who directs both works, calls it a mirror: its characters aren’t quite Judith and Bluebeard, but they have the same yellow roses, the same wine glasses, the same inability to communicate. In a nod to Bartok’s librettist Bela Balazs, the piece uses Edwin Morgan translations of Hungarian poems, and the way the text blurs and circles is probably the best thing about the piece.

END_OF_DOCUMENT_TOKEN_TO_BE_REPLACED

“Are there doors? Do they open? Do they have handles? Are they just doors in the mind?” These are some of the questions mezzo-soprano Karen Cargill put to director Matthew Lenton during the first week of rehearsals for their new production of Duke Bluebeard’s Castle. It’s been a discomfiting spring at Scottish Opera. First we had Pelleas et Melisande — Debussy’s intoxicatingly suggestive and inconclusive opera with its damaged relationships and moral murk. Now Bluebeard.

END_OF_DOCUMENT_TOKEN_TO_BE_REPLACED 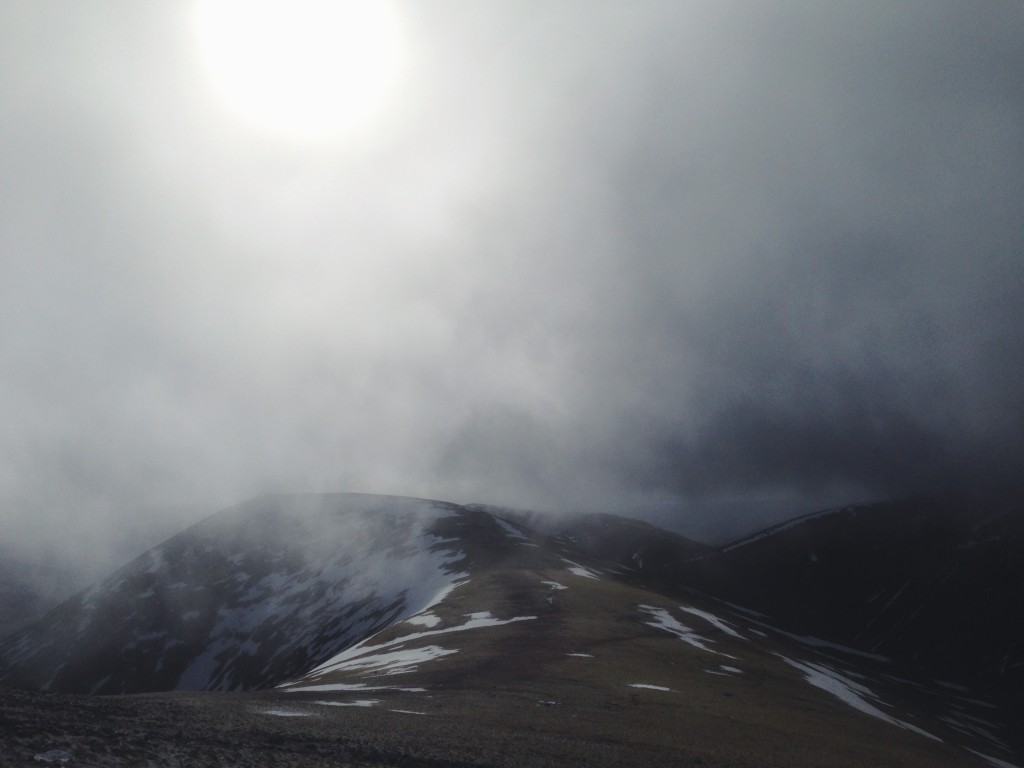 Hanging on the wall of Dominic Parker’s office at City Halls in Glasgow are framed photographs of a concert hall from various interior and exterior angles. “Ah, right, a different hall,” says the new director of the BBC Scottish Symphony Orchestra, looking as though he’s just been caught with pictures of an ex. The photos were a leaving present from his previous job at Sage Gateshead; in one of them, he and the Northumbrian piper Kathryn Tickell are harnessed onto the roof, which was no mean publicity stunt given the building’s architecture is all curves. Apparently Tickell managed to play a total of five notes before fear and the Tyneside weather set in.

END_OF_DOCUMENT_TOKEN_TO_BE_REPLACED

In October 1981, the composer/Maoist activist Cornelius Cardew was chucked out of the House of Commons gallery for shouting, during a speech by Enoch Powell, “this house stinks of racism”. He was killed in a hit-and-run two months later; who knows what mischief he would be making in our alarming times, but his music and its social message feel as pertinent as ever. Pianist John Tilbury worked with him a lot and wrote an astute 1000-page biography — nobody plays Cardew with more wit and empathy. Now Tilbury, harpist Rhodri Davies and bassist Michael Francis Duch have added a second disc to their excellent Cardew album Works 1960-1970 comprising seven exploratory Schooltime Compositions. These pieces from 1967 were designed to rouse feelings of collective action and learning— they’re more about process than product but this recording has both, delivered with abundant imagination and care.

There’s an American tradition of asking venerable composers to take the speaking roles in Stravinsky’s 1918 Faustian music-theatre fable The Soldier’s Tale. Babbitt and Carter did it as nonagenarians; Copland played Narrator to the Devils of John Cage and Virgil Thomson. The custom is honoured here with Oliver Knussen conducting Harrison Birtwistle as a superbly laconic Soldier — it sounds as though he couldn’t care less when his luck is down; the despondency is glorious — and George Benjamin as a deliciously supercilious Devil. The contrast is bizarre and joyous, perhaps tinged with a darker message akin to Yeats’s The Second Coming. Harriet Walter narrates adeptly; the playing Royal Academy’s Manson Ensemble is taught, fearless, detailed. In typical Knussen programming, the rest of the disc is a web of composers commemorating each other in tender miniatures, including the tributes for Stravinsky by Peter Maxwell Davies and Birtwistle.

“The experiment is always about whether something will hold,” says Toronto-based composer Linda Catlin Smith, whose music tests how sounds can be longer or shorter, thicker or thinner, higher or lower, more distant or more intimate. The results are poised and thoughtful, never forced or extreme. Often the music is soft but tactile — Catlin Smith lets us sit with the texture of the sounds, like feeling fabric between the fingers. This album of chamber music from the past two decades follows last year’s Dirt Road, also on Another Timbre, and is part of the label’s terrific focus on Canadian composers. It features Montreal’s Bozzini Quartet playing the lilting Gondola, the Turner-inspired Folkstone and the Piano Quintet with Philip Thomas in graceful form; members of the ensemble Apartment House bring lonely beauty to Cantelina for viola and vibraphone and to the lissom title track for piano and guitar.

In his autobiography of 1936, Igor Stravinsky articulated a claim that would end up being skewed, misconstrued and chucked back at him throughout his life. It was his theory of anti-expression, of music’s inherent emotional sterility, of listeners’ outmoded romantic habits of ascribing meaning rather than simply loving music for music’s sake. “I consider that music is, by its very nature, essentially powerless to express anything at all,” Stravinsky wrote. “If music appears to express something, this is only an illusion and not a reality. It is simply an additional attribute which, by tacit and inveterate agreement, we have lent it, thrust upon it.”

Exactly 80 years later, at his kitchen table in Wiltshire on a midwinter afternoon, Sir Harrison Birtwistle is expounding on similar themes. The 82-year-old composer says he doesn’t believe in consciously expressing something — that expression comes in spite of oneself. Another thing he doesn’t believe in is inspiration. “I’ve been lucky enough to be musical, and maybe at one point I was inspired,” he admits. “You hear it all the time in the media: what was your inspiration? What it probably means is that you filched it from someone else. I think of it as something like the draft from under the door. It’s not conscious.” Perhaps inspiration filters through, whether he likes it or not?

He ignores the question, or rather answers it in a roundabout way by talking about place. “This thing about being English is an interesting one, because if anything I self-consciously — for so much of my career — I tried to write music that was not English. I mean to do with landscape and pastoralism and Vaughan Williams and all that.” When he says Vaughan Williams, he pronounces the G with exaggerated disgust. Is he implying that he was born with everything he would write already in him? “Probably,” he shrugs. “I wouldn’t be so pretentious as to say something like that. But yes, the thing that I had back when I started out, what made me do it, that’s what’s been making me do it all along. It has different guises, it manifests itself in different forms. Chameleon-like I suppose. But I think it’s all the same, what I’m doing.”

END_OF_DOCUMENT_TOKEN_TO_BE_REPLACED 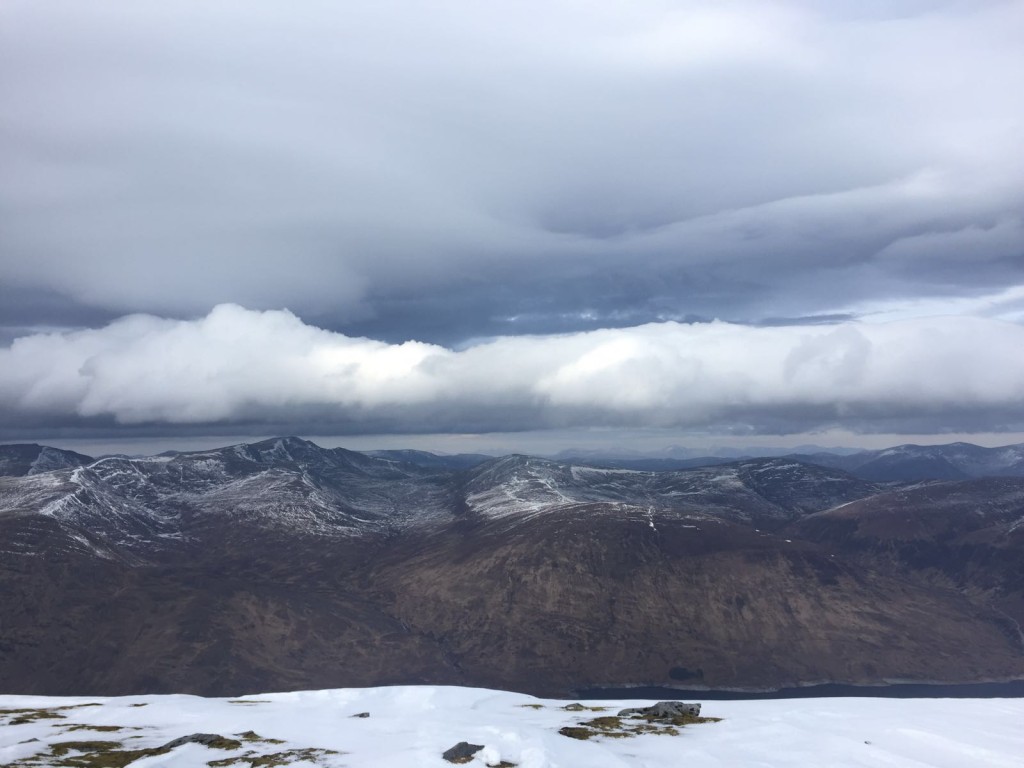 Tonight is the first Scottish Awards for New Music. Winners will be announced during a ceremony at Drygate in Glasgow. That the inaugural event is literally a piss-up in a brewery sets the tone for an industry shindig that is pointedly less formal than the British Composer Awards or any equivalents I can think of. Winners will receive a ceramic singing bowl made by Elaine Henderson and decorated with a sonic wave from, or linked to, their winning pieces.

As with any such endeavour, much chin stroking and committee debate has gone into defining the perimeters of who is eligible, who can nominate, who will benefit, who will be left out. The awards are the initiative of New Music Scotland, itself a loose association of composers, programmers, performers and academics. Its members are mostly of classical-ish persuasion though NMS is keen to kick that image. The awards, they say, are ”intended to highlight and showcase the innovative, experimental and ground-breaking work taking place in Scotland, as well as the depth and breadth of the country’s contemporary music scene.”

END_OF_DOCUMENT_TOKEN_TO_BE_REPLACED

First published in the Guardian on 6 March, 2017

James MacMillan’s new Concertino for Horn and Strings — I say new, but really it’s a souped-up version of his Horn Quintet (2007) — is like a doleful hunting trip played out in real-time theatrics. The soloist begins and ends nowhere to be seen: at the premiere, Alec Frank-Gemmill legged it from balcony to stage in time for his second entry then disappeared behind the back of the audience, repeating a sad little phrase until it was impossible to tell whether he was playing or not.

END_OF_DOCUMENT_TOKEN_TO_BE_REPLACED

First published in the Guardian on 2 March, 2017

When Amy Beach (1867-1944) was a child in New England, her mother banned her from playing the piano in public until she turned 16. Strict Calvinism didn’t smile on girl prodigies. When she married at 18, her husband allowed her a concert per year, so instead she composed. Her Piano Concerto has the heft and torrent of music that needs to be written and Danny Driver plays it with clarity and steel, absolutely unsentimental but flecked through with empathy. The second movement might have revealed some more delicate orchestral shimmer — it sounds here like a chastely buttoned Ravel — but the sturdy weft Rebecca Miller gets from the BBC Scottish Symphony Orchestra generally suits Beach’s broad-stitch writing. This release (volume 70 of Hyperion’s whopping Romantic Piano Concerto series) is timed for International Women’s Day and also includes Dorothy Howell’s D Minor Concerto, a gracious throwback written in 1923, and the Concertstuck by Cecile Chaminade. Ambroise Thomas liked her music: “this is not a woman who composes,” he declared, “but a composer who is a woman.”