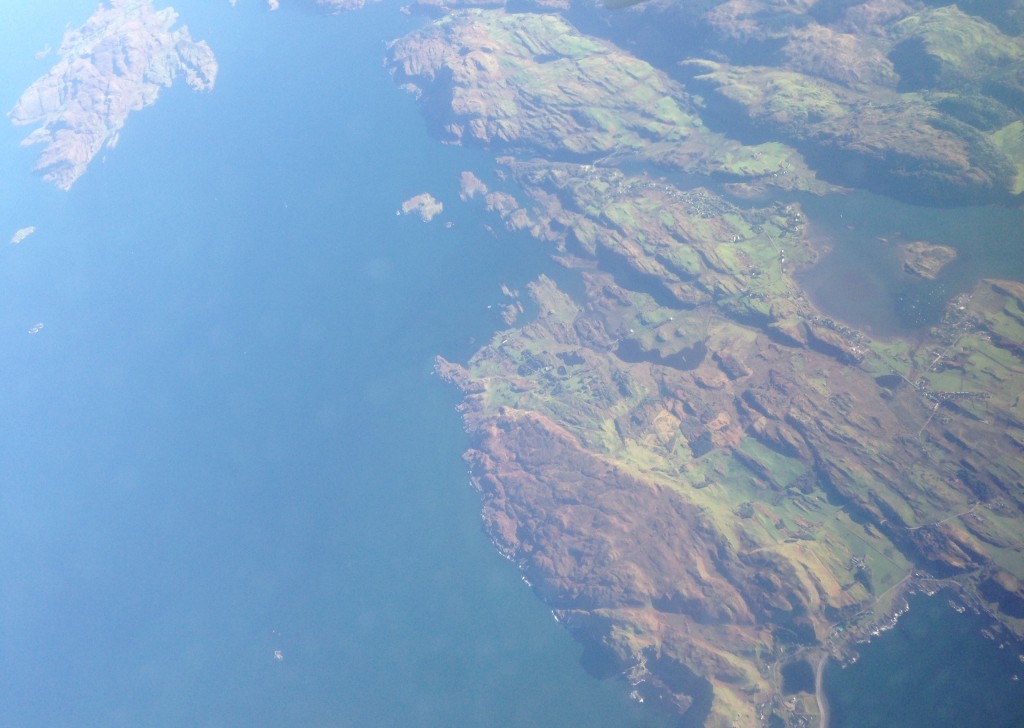 Duncan Strachan is just back from Skye where he spent the weekend playing cello up the Cuillin in a blizzard. “We got all of the weathers,” says the cellist/composer, sounding equal parts awestruck, traumatised and still cold. He and violinist George Smith — they play together in the Maxwell Quartet — led an 80-strong intrepid audience two hours upward from Glen Brittle to the natural amphitheatre of Coire Lagan, and there they rigged lights and speakers around the lochan and premiered an electro-acoustic piece that incorporated archive recordings of the Gaelic singer Calum Nicolson. “The whole experience was a little more overwhelming than I had anticipated,” Strachan admits.

END_OF_DOCUMENT_TOKEN_TO_BE_REPLACED 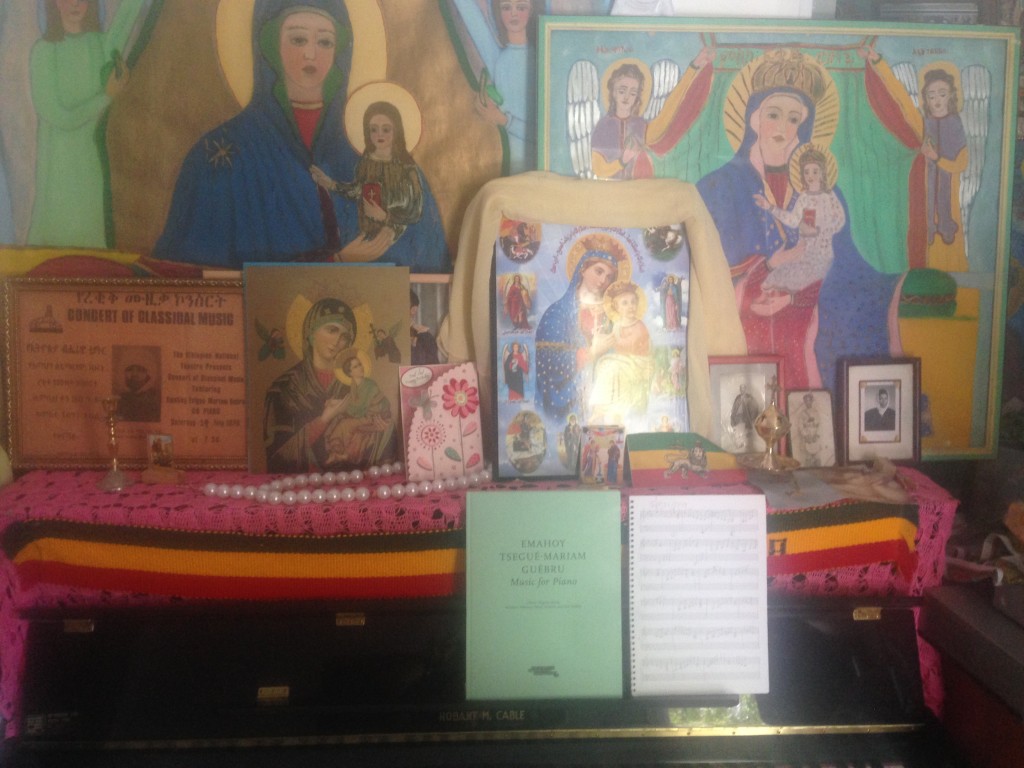 I’m no great singer, but Emahoy Tsegué-Maryam Guèbrou only really trusted me after I had sung to her. “Something from your country,” she instructed, so there I found myself: in the tiny bedroom of this 93-year-old Ethiopian composer-pianist-nun at the Ethiopian Orthodox Church in Jerusalem, croaking my way through the verses of a Robert Burns song.

I was there to make a documentary about Emahoy, and given she does not agree to most interviews I felt I should do what I was told. The room was cramped and sweltering. A small bed, an upright piano draped in Ethiopian flags, stacks of reel-to-reel and cassette tapes, a jumble of hand-written manuscripts. On the walls were portraits of Emperor Haile Selassie — Emahoy knew him in the 1930s — and her own paintings of religious icons. The door was propped open and in from the courtyard came smells of Ethiopian stews and sounds of monks going about their daily chanting.

END_OF_DOCUMENT_TOKEN_TO_BE_REPLACED

Cellist Matt Haimovitz and clarinettist David Krakauer met at a klezmer gathering in Canada and discovered a shared intrigue in Henri Akoka — the Algerian-born Sephardic Jewish clarinettist who premiered Messiaen’s Quartet for the End of Time at a WW2 prisoner of war camp. In a tribute project called Akoka, they frame Messiaen’s masterpiece with improvisations and a woeful electronic remix by Montreal “beat architect” Socalled (bits of the Quartet layered up with archive radio broadcasts, hip hop rhythms and Sephardic cantorial singing). The multi-faith angle could be interesting — Messiaen’s technicolour catholicism dominates most readings of the Quartet, so a klezmer-style vibrato in the solo clarinet movement, for example, is a valid perspective. And the performance of the Quartet proper is generally classy, especially the immensely expressive and gentle playing of violinist Jonathan Crow. But the add-ons are dire, and doubly so given they segue straight in and out of the Messiaen leaving no room for escape.

What does New York sound like? This double-disc collection charts the city’s past century of modern classical music, taking in composers born there (Carter, Feldman, Reich) and composers who made it their home (Varese and Cage plus recent works by David Fulmer and Sean Shepherd). Matthias Pintsher is himself a German composer/conductor who lives in New York and flits across the Atlantic to direct the illustrious Paris-based Ensemble Intercontemporain; the performances he gets from them are virtuosic, rich, detailed, sober. I yearned for a bit more romp in the shrieks and rituals of Varese’s Integrales from 1925; more ensemble clatter in Elliott Carter’s Clarinet Concerto (the solo part is tackled superbly by Jerome Comte). Inevitably a seven-piece survey will have big repertoire gaps — conspicuously missing is the cheery and too-popular-for-Pintscher brand of post-minimalism championed by the Bang on the Can collective. Depressing, too, to see yet another music history narrative told without a single woman’s voice in the mix.

Javier Perianes revealed to the Guardian that his most memorable ever live concert experience was hearing the great Romanian pianist Radu Lupu playing Schubert’s Sonata in B-flat major D 960. He said he would “never forget that emotion from the very first to the very last note”. Now he has recorded that same sonata — Schubert’s last — and made his own very personal account of its huge emotional scope. With Perianes the touch is always warm and the edges are never harsh: the hymn-like opening is whispered and tender, the exploratory passages are wide-eyed and the song-like melodies really sing. He doesn’t get the glimpses of rage and terror that some performances do, but instead gives us sensitivity and unguarded rapture. He pairs D 960 with the blithe A-major sonata D 664 and now brings space and weight to music that some pass off as slight. It’s generous playing. 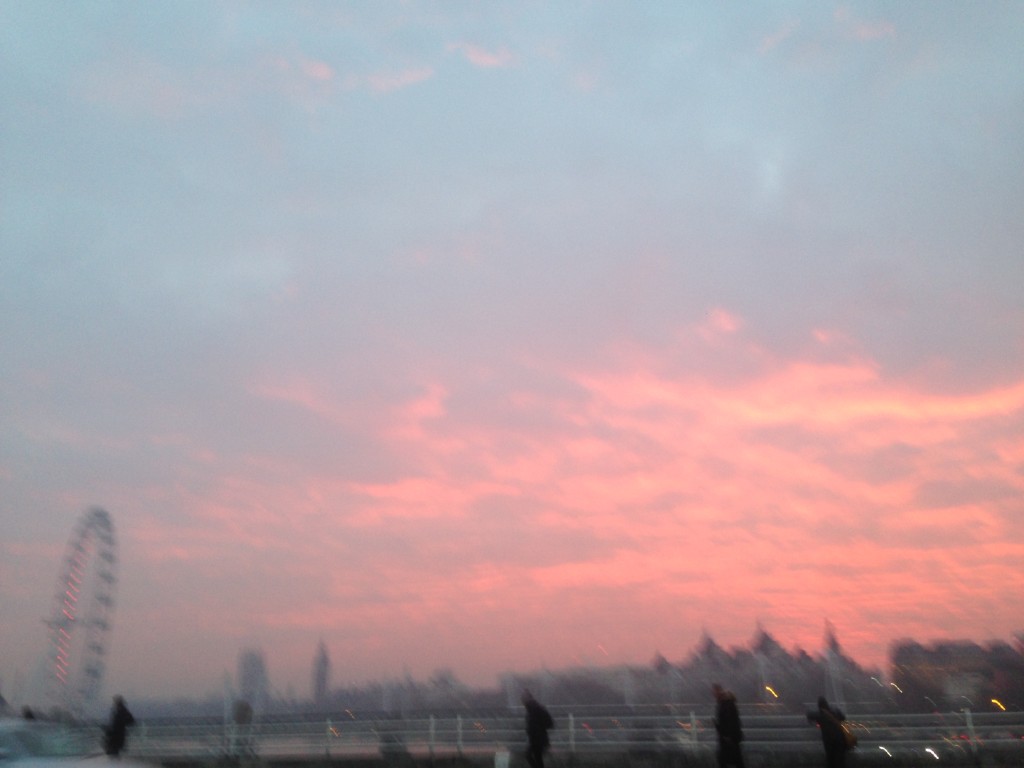 What does Englishness mean in early 20th century orchestral music? Is there a discernible sense of national identity woven through the symphonies of Elgar, Walton and Vaughan Williams, the tone poems of Holst and Bax and Delius? And if so, does it mean the same thing when we hear it now as it did then?

These are contentious opening gambits. In 2017, in Scotland, in Britain, in Europe, we should know better than to prescribe any essentialising nationalistic attributes to a disparate group of artists. Yet for conductor John Wilson there is something in it — just not in any flag-clutching way. “The connection I can make with national identity is that there’s something about the melancholy of this music which is actually at the heart of the English character,” he says. “That’s what I respond to. That longing for something that was probably never there in the first place. It’s a peculiar English romance.”

END_OF_DOCUMENT_TOKEN_TO_BE_REPLACED 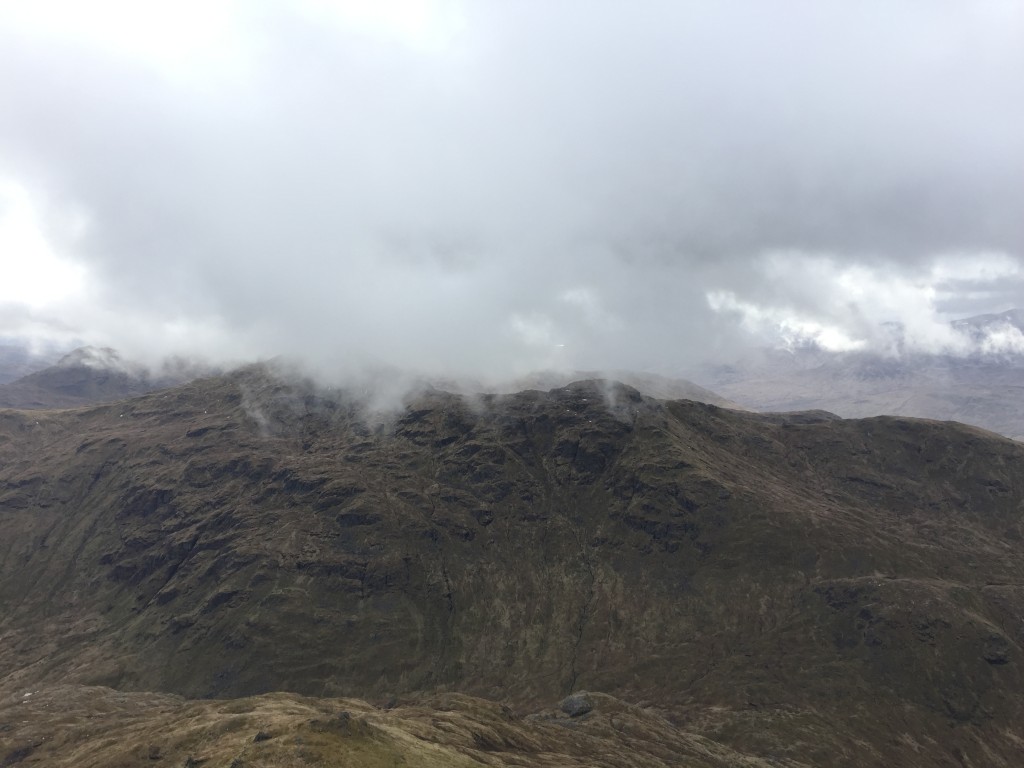 Sally Beamish had never written a piano concerto in her life until she wrote three within a year. Things had not been planned that way: orchestral commissions tend to come with long and fickle gestation periods, so she was as alarmed as anyone to find the pieces suddenly queued up in rapid-fire succession.

“Actually, the daft challenge forced me to be extra inventive,” she tells me ahead of the European premiere of the third concerto by the Royal Scottish National Orchestra this week and the first radio broadcast of the second by the BBC Scottish Symphony Orchestra a fortnight ago. We’re in London, where she has been presenting a radio programme for International Women’s Day. She describes her mood as “great! relieved!” — relieved at how well the radio show went, but mainly to be out the other side of her accidental concerto triple immersion.

END_OF_DOCUMENT_TOKEN_TO_BE_REPLACED

Shostakovich’s 24 Preludes and Fugues pay tribute to JS Bach, but are they parodies? Sometimes they sound it. Peter Donohoe doesn’t think so. Even where Shostakovich’s music is often mined for sarcasm or doublespeak or coded messages, Donohoe treats these piano miniatures with utmost sincerity. His new recording of the complete set isn’t introspective or showy; it isn’t overly reverent or sensationalist. Above all his playing is frank, sometimes to the point of plainness. The A-major fugue could be beguiling — he describes a ‘naive wonderment’ in his booklet notes — but he goes at it staunchly. The biting black comedy of the prelude that follows delivered straight. Elsewhere, though, there is immense dignity and power in Donohoe’s directness. He summons thunderous storm clouds in the D-minor fugue then makes the arpeggios of the D-major Prelude as sparkling as a stream, and the most questioning moments — the three cadences at the end of the F-minor prelude, for example — are thoughtful and poignant.

Kate Whitley: I Am I Say
Multi-Story Orchestra/Stark etc (NMC)

Kate Whitley co-founded the Multi-Story Orchestra in a car park in Peckham with several intentions, chief among them getting an audience closer to the music they were hearing and far away from ingrained listening habits of the concert hall. A similar drive seems to underpin the unpretentious, appealingly vigorous and visceral music she writes. This debut portrait album showcases Whitley, who is not yet 30, as a lush harmonist, an orchestrator who handles instruments boldly — the Viola Concerto flings about from rapt quiet passages to thronging strings — and a melodist who isn’t afraid of big rhapsodic elegies. The performances are direct and excellent: Rolf Hind is full of conviction in the now bruising, now effervescent Five Piano Pieces; Eloisa-Fleur Thom and Asher Zaccardelli are all glint and shimmer in the Duo for Violin and Viola; Shiry Rashkovsky charges fearlessly through the Viola Concerto’s squalls. In the title piece for orchestra, school choirs and soloists, Whitley takes up the noble tradition of writing rousing, robust music for children that takes its young performers seriously.

I was mainly excited about this recording because it features two of my favourite baroque voices of the moment — countertenor Tim Mead and soprano Lucy Crowe — but it turns out the instrumental playing is just as enticing. La Nuova Musica under David Bates sound lush and languid in two of Bach’s alto cantatas (BWV 54 & 170). They let phrases sigh and breathe and supply a decent amount of bass under properly expressive melodic lines. In Pergolesi’s Stabat Mater the ensemble sounds sparser but not astringent, and I love the space and tenderness Bates allows in the aria Fac, ut portem Christi mortem. And the singing? Crowe and Mead are both in sumptuous voice, both fiery in the most dramatic moments of the Stabat Mater, but her nimble grace and charisma is occasionally weighed down by his more flannely delivery. He sounds beautiful in the cantatas, though, eking out all the most resonant corners.