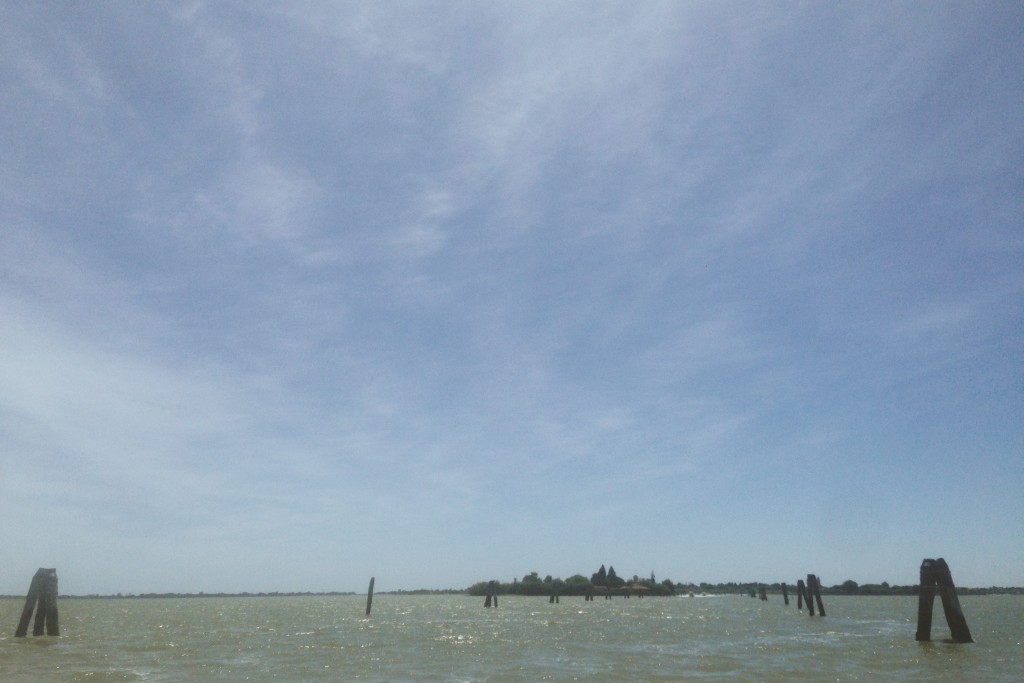 On the bare wooden stage of the Teatro La Fenice in Venice, Penelope, Queen of Ithaca, strikes a defiant pose. This is the moment of messy revelation in Monteverdi’s 1640 opera Il ritornello d’Ulisse in Patria. After 20 years, our hero Ulysses (though arguably Penelope is the true hero of the drama) has returned to Ithaca disguised as a beggar, has been jeered for his poverty, has not yet been recognised by his wife. When Penelope challenges her grim suitors to prove their strength by using her husband’s bow, not one can even hold it, let alone live up to all their macho talk. Only the gentle beggar can lift the weapon, and he proceeds to slaughter the lot of them to the sound of triumphant thunderclaps from Jupiter. Are we to rejoice?

In John Eliot Gardiner’s production there is no bow, no dark, broad sea of Ithaca, no gory killing spree. Lucile Richardot’s splendid Penelope is dressed in a simple brown tunic with just her body language (dignified) and voice (intensely, magnificently shaded) to communicate the hurt and stoicism of two decades’ faithful waiting. “No props,” Gardiner stresses. “Everything stylised, nothing literal. These operas speak to us most directly if we allow our imaginations free rein to listen and make up our own cinematic images.”

END_OF_DOCUMENT_TOKEN_TO_BE_REPLACED 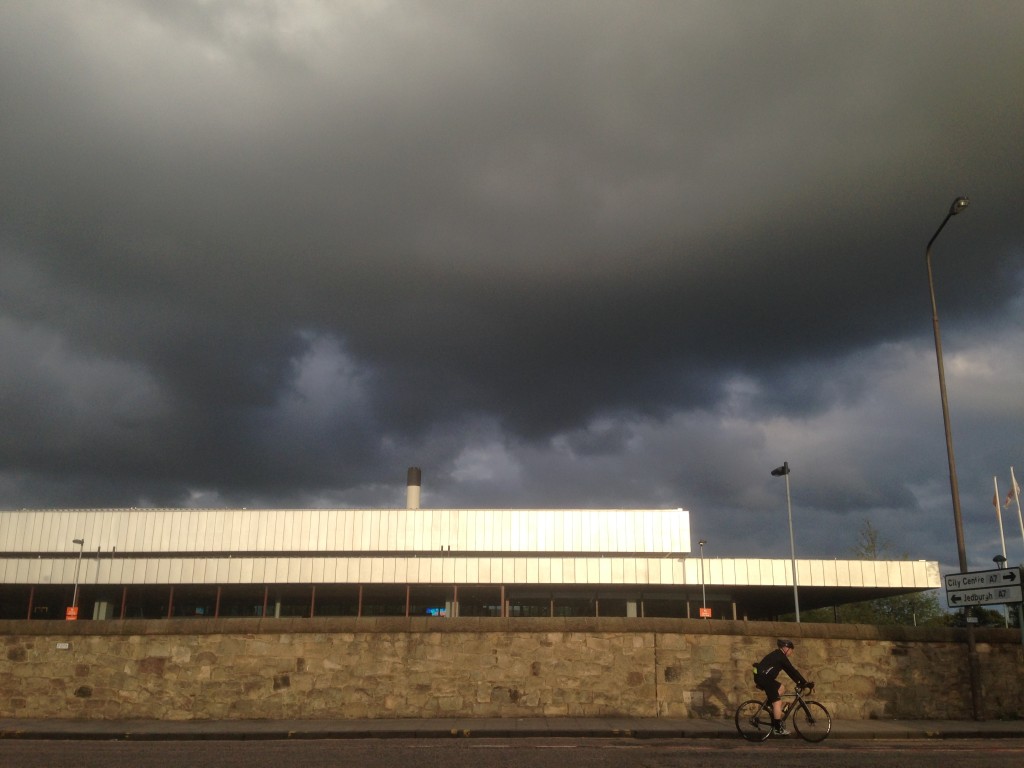 It’s an old story but it’s worth telling again. Rudolf Bing, general manager of the young Glyndebourne opera, was strolling through Edinburgh one night in 1942 when he looked up at the castle, spotted a resemblance to Salzburg – one of the great music centres of Europe – and had an inkling that Edinburgh would make the right place for a festival. It had the grand beauty, the historic tourist industry, the centuries-old links with Europe. Bing also knew that music could provide hope and unity even at the most broken of political times.

END_OF_DOCUMENT_TOKEN_TO_BE_REPLACED

“Chamber music is a genre with which one can express one’s deepest feelings,” said Darius Milhaud, and just listen to the tough, haltering chorales of the Modere from his 1947 String Trio to hear what he means. There are good reasons to pair the music of the Provencal Milhaud and his Moravian-Bohemian contemporary Bohuslav Martinu. Both gravitated to jazz-crazed Paris after the First World War but neither forgot the special rhythms and songfulness of folk music from home. Both headed for the USA in the 1940s (Milhaud as a Jew, Martinů as an exiled Czech) and both wrote for small ensembles with nimble intimacy. This recording from the Jacques Thibaud String Trio gives everything an essential quality. It’s a sound perfect for French music, stripped-back and quicksilver, but I also love their fearless way with Martinu’s jagged edges.

I restarted the first piece on this album about 20 times because the sound of Ashley Solomon’s opening note, played on a granadilla wooden flute modelled on an instrument from 1750 , is just so astonishing. It’s very warm, very grainy, so broad and breathy that it sounds more like a low recorder than a modern flute. Telemann’s Fantasias were meant for instruction as well as performance and they’re a test and a bounty for flautists, a tangle of freewheeling challenges that can easily come a-cropper in lesser hands. Solomon makes them dance and sing. He makes them spacious. The articulation is immaculate; the rhythms are buoyant; the recording quality, done in big church acoustics, is immediate and generous. Solomon doesn’t play the whole thing on granadilla – we get flutes of porcelain and ivory, both instruments made in 1760, both full of charisma.

There’s lineage here: when Josef Suk signed up for composition lessons with Anton Dvorak at the Prague Conservatory in the 1880s, he landed himself not just a mentor but also a father-in-law (he would marry Otilie Dvorak in 1898). Suk wrote his First Piano Quartet under Dvorak’s tutelage in 1890; Dvorak wrote his own Second Quartet around the same time, and one is as youthful and excitable as the other is mature and assured. There are obvious links in the sturdy, earthy sweep of the themes and the intense dialogue between the instruments and both have slow movements of big-hearted beauty. The Josef Suk Piano Quartet is named after the violinist (1929-2011) who was grandson of the composer Suk (and great-grandson of Dvorak); they play with huge sound, loving detail and the kind of conviction and authority that comes from personal connection.

Giusto Ferdinando Tenducci was an 18th century superstar, a rags-to-riches singing sensation, a seducer, a fugitive, an honorary Scot. Born poor in Siena, he was castrated as a child and went on to become vocal teacher to Mozart in Vienna and admired internationally for his clear and fabulous soprano. Bach wrote for him. Woman flocked to his concerts. “He was noted for his vanity and an extravagance which left him continually dodging his creditors,” notes one tight-lipped biographer.

Tenducci’s voice made him famous but a sex scandal made him infamous: in 1766 he married the 15-year-old Dorothea Maunsell, one of his students, and because he was a castrato the marriage was technically illegal. She wrote a breathless teenage account of their love affair and later, when she bored of the novelty and fell in love with someone else, she went to the courts to have the marriage annulled on the grounds of non-consummation. That she happened to be pregnant at the time was another complicating and seemingly miraculous factor (the father turned out to her next husband: a story for another day.)

END_OF_DOCUMENT_TOKEN_TO_BE_REPLACED

Wandelweiser music is typically gradual, intent, whispered, sparse, not typically big on namable passions. Yet what does Dutch composer/co-founder of the Wandelweiser collective Antoine Beuger believe ‘the art of sounds appearing and disappearing, the art of approximation’ is most reminiscent of? Love. Not some cool or cerebral kind of love, either: Ockeghem Octets is part of a series of ensemble pieces (starting with duos and expanding from there) in which musicians play long, soft notes to incredibly tender and sensual effect. Choice of instruments is key, with the warm, reedy warble of concertina, accordion and harmonium given a tactile glow by cello, melodica, e-bowed zither and a pair of low flutes. The ensemble sensibility on this recording is heroically controlled, relaxed and attentive to one another’s breathing and pacing. Individual lines fade in and out to make close dissonances or almost harmonies – it’s gentle, tantalising stuff. The art of approximation indeed.

Chineke! Orchestra doesn’t hang about. Just two years old, the BME ensemble debuts at the Proms next month (youngest ever orchestra to make it into the programme) and has just released is its first recording. The choice of repertoire is symbolic: themes in Dvorak’s New World Symphony were inspired by African American and Sioux Indian music, while Sibelius’s Finlandia became an anthem of small-nation identity struggle (including Biafra during its civil war). But the symbolism stops there because this playing stands for itself. Kevin John Edusei conducts –- neat, direct, with a fine sense of when to push and when to linger — and although the ensemble sound is still taking shape (these things take years to percolate) what is missing in depth and burnish is compensated for in care and dynamism, in the lissom quality of quiet passages, in the tasteful restraint that keeps Finlandia unsentimental and gives the Dvorak a taught, explosive energy.

What music would Charles Ives have written about today’s America? His portraits of New England from a century ago are so stunningly prescient with their bluster and awe, their undertows of dread and dysfunction. He knew how to capture the feeling of being engulfed by forces too big and messy to make neat sense of: instead of trying to tidy and rationalise, he piled stuff up and let the clashes ring out. This album is the third in an Ives series from conductor Ludovic Morlot and the Seattle Symphony. They do brilliantly atmospheric things in the dankest passages of Three Places and New England Holidays -– mercurial textures full of suggestion and threat. But I’m less convinced by their barn dances and fireworks. The glee sounds studied, the celebrations don’t have enough abandon. 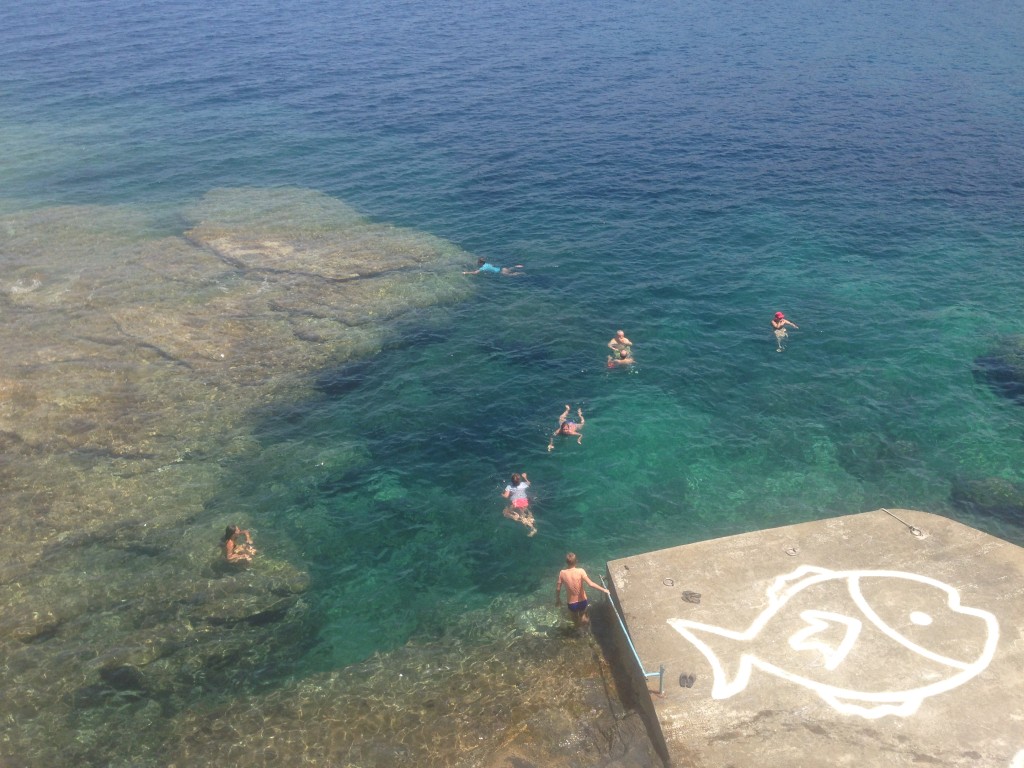 A case study. Last summer on the shores of Lake Tuusula in Finland, at a music festival directed by violinist Pekka Kuusisto, I heard a performance of Brahms’s Clarinet Quintet with singer/songwriter Laura Moisio interspersing warped pop songs about love and hurt between the movements. The previous day, when it was announced composer Einojuhani Rautavaara had died, Kuusisto walked on stage alone and played a solemn traditional Finnish polska. That night he blazed his way through the gypsy dances of Bartok’s Contrasts with a rugged, unapologetic virtuosity. “Our Festival is gentle,” Kuusisto wrote in his manifesto. “Our Festival wants to invent new flexible forms for concerts, where the message is more important than dress codes or good behaviour.”

Kuusisto and his brother Jaakko (also a violinist) grew up improvising. Their father would sit at the piano playing jazz standards while the two boys sat on either side adding bass lines and solos. Pekka’s formal violin training was elite and in 1995 he became the first Finn to win the International Sibelius Violin Competition, but he says his artistic epiphany happened when a friend took him to a folk festival in northern Finland. “Those fiddlers looked so happy,” he told me. “It seemed like they had an honest reason for playing.”