Eliane Radigue spent most of her career taming synthesiser feedback into exquisite astral sounds. Her pieces lasted for hours; grand vistas that unfolded with monumental slow grace. Now she’s into her 80s and writing her ultra-slow music for acoustic instruments, working on a roaming series of solo and ensemble pieces called Occam after the theory of philosopher William of Ockham that the simplest option is always the best. There are no scores, only verbal instructions, and nothing can move fast, so Radigue is very particular about which musicians she’ll trust to take her ethos seriously. The three featured on this album are the very best: harpist Rhodri Davies, violist Julia Eckhardt and clarinettist Carol Robinson, all stunningly adept at summoning those ephemeral overtones and partials, all masters of what Radigue calls “the virtuosity of absolute control”.

Performers of John Cage’s piano concerto could theoretically play nothing at all, if that’s what they wanted. The point is about choice. “John, you’re my man,” said a trombonist in the original performance. “I’ll play for you any time.” Trust is the making of indeterminate music and Apartment House’s new recording is all trust. Philip Thomas makes the piano part magnetic, like the centrifugal planet in an erratic constellation. Around him spin trumpet, violin, flute and others, everyone quick-witted and playful. After 53 minutes the tenuous ecosystem suddenly dissipates and I was left pondering stark ecological resonances. 60 years on, 83-year-old Christian Wolff has written a companion piece for Cage’s concerto that should feel like a throwback: the name Resistance, the quotation from a Pete Seeger protest song, the old chance techniques. But Wolff’s music, his gracious, urgent way of questioning how we relate to each other, still feel entirely relevant.

Messiaen: Quartet for the End of Time
Fröst/Jansen/Thedéen/Debargue (Sony)

This music emerged from such horror — most of it was written in a WWII camp; the premiere took place in the freezing cold with guards and prisoners as audience — that you might expect overwhelming disconsolation and brutality. Actually the intensely religious Messiaen tapped the sublime. He packed the score with rapture, and that’s the biggest challenge: how to convey the clanging images of the apocalypse without bulldozing the ecstasy. There have been dozens of recordings and none has yet got the balance right across all eight movements. This new one from clarinettist Martin Frost, violinist Janine Jansen, cellist Torlief Thedeen and pianist Lucas Debargue comes the closest I’ve heard. The playing is flawless but still deep-felt, unflinching in the white heat of the Dance of the Fury, intently hushed in the Abyss of the Birds, fervent in the two tender Louanges. 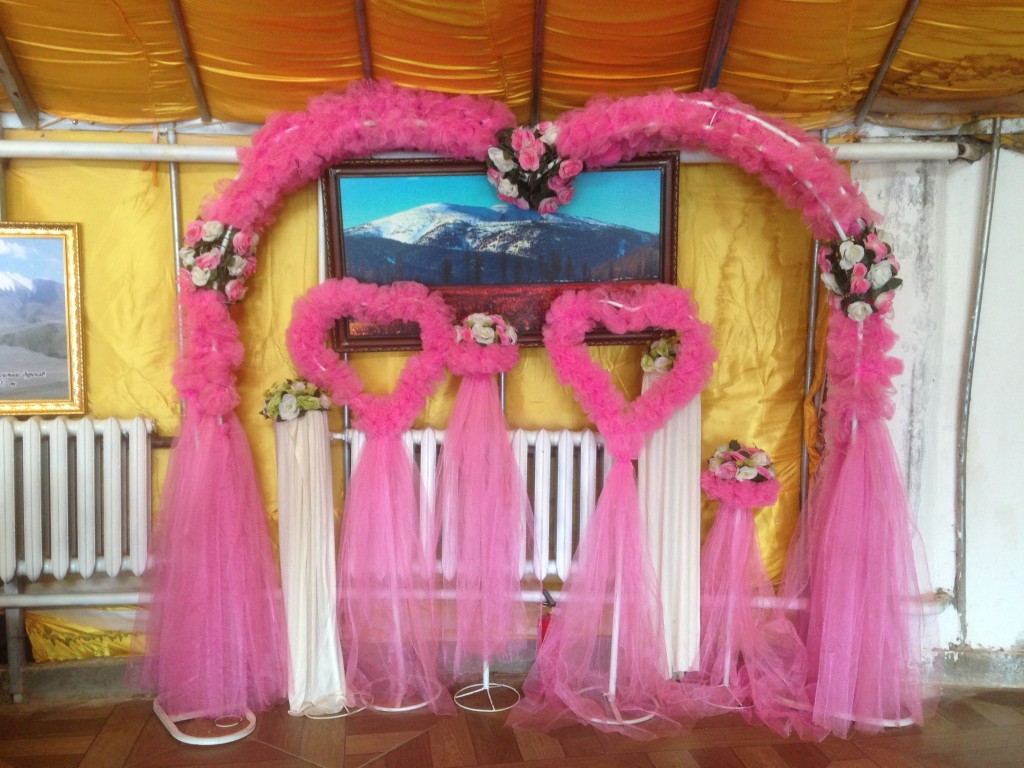 First published in the Scottish Chamber Orchestra autumn 2017 newsletter, then in The Herald on 18 October, 2017

History is full of the times we got it wrong. The times an artist unveiled a bold new work or a change in direction and was met with incomprehension, or plain derision, from audiences and critics and their own artistic community. Beethoven got it for exploding string quartet form in the Grosse Fuge. Puccini got it for putting the lives of the poor and the sick on stage in his opera La boheme. Stravinsky for, well, pretty much everything about The Rite of Spring. Miles Davies for going electric.

In the cases I’ve just mentioned, general consensus swung around and, sooner or later, works that were initially heard as too weird or too radical were absorbed into the canon of ‘greats’. (Which didn’t always do them favours; ’canonical’ status often softens the way we play and hear things that still deserve to sound shocking.) In other cases, usually when the work in question is less obviously ‘out there’, those negative first impressions seem tougher to shift. We’re happy to reconsider wild unconventionality as creative genius in retrospect, as the product of a rogue but brilliant mind. But with subtler eccentricity we tend to fixate on the flaws. And one quality in particular that we can’t seem to handle is frailty.

END_OF_DOCUMENT_TOKEN_TO_BE_REPLACED

22 movements, 14 hours and 16 CDs worth of spangling cosmic sound play: this premiere release of the magnum opus by German composer Roland Kayn is a colossus and a marvel. Roland who? In a profession that glorified big egos, that fetishised the kind of creative genius who demanded total control, Kayn went to more selfless extremes. He worked in the pioneering electronic studios of Germany and the Netherlands through the mid-20th century and built fastidious command systems with the aim of making ‘self-sufficient cybernetic’ music — essentially, he set machines whirring and did himself out of a job. It sounds like some dark post-human dystopia but the results couldn’t be further from. Dip into this monumental work (it has been lovingly restored by Jim O’Rourke) and the sound world is ungraspable and unknowable but never grates or alienates. The mystery, the grace, the boundless invention — Kayn’s machine music is a vast catalogue of very human wonder.

I’ve always loved the way Steven Osborne plays French music — for the flux and febrile atmosphere, yes, but more for the rigour and steel. Forget any cliches of hazy impressionism; Osborne brings directness, muscle, and the boldest aspects of texture, form and image stand out in ultra high definition as a result. His latest Debussy album is a perfect example. The goldfish of Poisson d’Or move in jerks and sudden flashes. The water droplets in Reflets dans l’Eau are super crisp, like pointillism writ large. At the end of Doctor Gradus ad Parnassum, the tune rings out like a defiant shout. It’s not pretty but it’s exhilarating. There is gentleness too — try The Snow is Dancing, whispered and supple — but what makes Osborne’s interpretations so revelatory is his willingness to state in plain terms what many pianists make blurry. It shows up the astounding modernism of Debussy’s piano music.

Peter and the Wolf is a gift for storytellers. It’s the ultimate in musical characterisation — slinky clarinet cat, ditzy flute bird, wholesome string-section Peter, all told in Prokofiev’s most taught and tuneful writing. There is no shortage of loveable recordings; I can’t imagine this new version from Vasily Petrenko and the Royal Liverpool Philharmonic making much of a dent. It sounds classy, cool, a bit sedate. There’s plenty to admire in the gleaming textures, the skilful pacing, but this piece deserves outright exuberance. The narrator is Andrew Armstrong — voice of Danger Mouse, glossy and unmemorable next to historic renditions from Alec Guinness, Richard Baker, Dame Edna Everage, Sting, Lenny Henry… the list goes on. Also on the disc is Saint Saens’s Carnival of the Animals (complete with doggerel verse by Ogden Nash that overstates what the music more magically conveys) and Alan Rawsthorne’s prosaic setting of T.S Elliot’s Old Possum’s Book of Practical Cats. The playing is excellent. 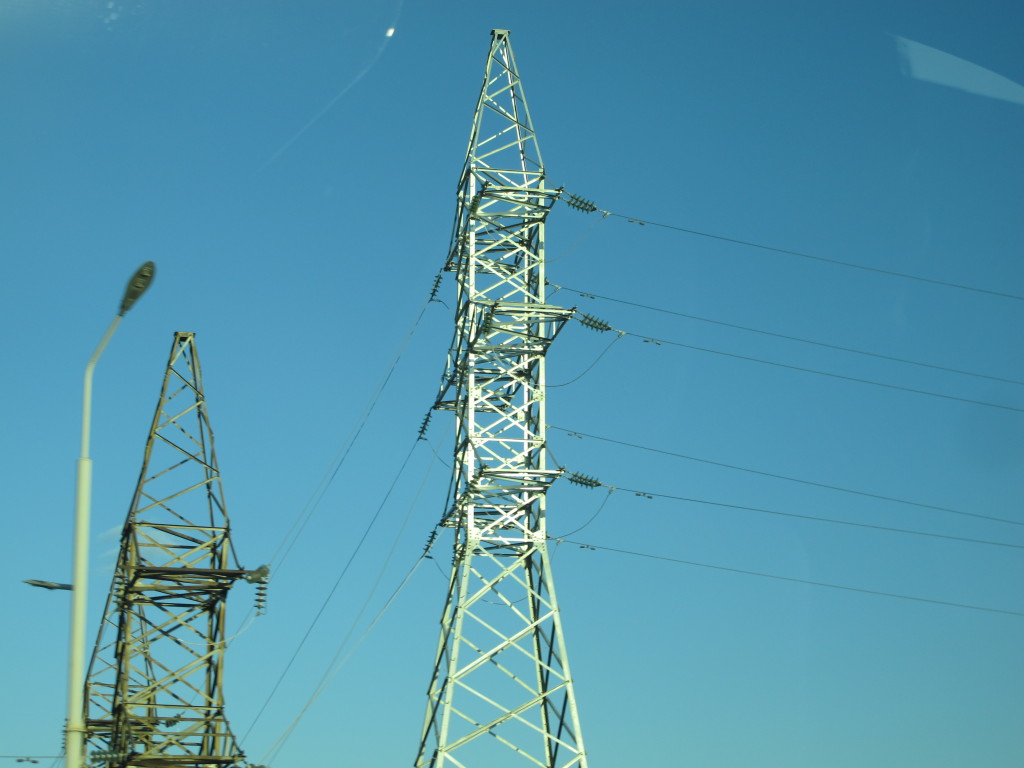 In his early years as artistic director of the Huddersfield Contemporary Music Festival, Graham McKenzie introduced a festival slogan: ‘Music Lives in Everything’. It wasn’t as new-age as it might sound. (If you’ve ever been in the company of the acerbic Glaswegian, who dresses exclusively in black and keeps his mood about as demonstrative, you’ll know that new-age is pretty wide of the mark.) The slogan was about widening parameters, about subtly but purposefully infiltrating a field that, he thought, had become too narrow. “The festival has become fixed on a very one-sided view of what new music is,” McKenzie said in 2006, his first year as director. “It has always dealt in music that is elaborate and complex, because it’s fully written down. I’ve nothing against written-out music — in fact, you’ll find plenty of it in the festival. But there’s this whole other area the festival has neglected.”

END_OF_DOCUMENT_TOKEN_TO_BE_REPLACED

First published in the Guardian on 28 September, 2017

With their first folk album, Wood Works, the Danish String Quartet set themselves apart from most cases of classical-musicians-going-folky. Clearly they weren’t faking their polskas; leader Rune Tonsgaard Sorensen also plays with folk trio Dreamers’ Circus, and cellist Fredrik Schoyen Sjolin contributes several fine self-penned tunes to the quartet’s latest collection of Nordic folk material. Melodically it is a beautiful set, ranging from traditional Faroese ballads to bittersweet self-penned waltzes, and there’s no question the band can play: the sound is lissom, polished, flawless. But all the glossiness doesn’t sit quite right. The arrangements go in for rousing harmonies, silky textures, big builds — which sanitises the character of the tunes, straightens out the beautiful kinks. They hurtle through reels, playing fast because they can. I’d take slower with more swing any day,

First published in the Guardian on 28 September, 2017

London’s theatres were often more music than speech during the Restoration period. To dodge the censors, plays were stuffed full of songs and interludes, and composers like Matthew Locke — the Morricone of the English baroque — wrote music to set the scenes and tug at the heartstrings. This new album from French period-instrument ensemble Le Caravanserail is an enticing survey of the period, opening with a sumptuous Curtain Tune by Locke and taking in contributions from Gibbons, Grabu, John Blow, Henry Purcell and others. The instrumental playing under Bertrand Cuiller is supple and vivid, but the real star of the show here is soprano Rachel Redmond: she sings an Akeyrode drinking song with bright swagger and articulates Purcell’s lamenting O Solitude with soft, grainy intimacy. She’s a singer of real personality.