First published in the Guardian on 28 January, 2018

Three years ago Celtic Connections commissioned a full-scale orchestration of Grit, the last album Bennett made before he died of Lymphoma at 33. Now conductor Greg Lawson and his Grit Orchestra were back, this time upscaled to the biggest venue in town. Sound quality was never going to be priority here, a fact driven home by the appearance of trials cyclist Danny MacAskill as soloist. (Not as random as it sounds: MacAskill used the track Blackbird for his global hit video The Ridge.)

END_OF_DOCUMENT_TOKEN_TO_BE_REPLACED

First published in the Guardian on 25 January, 2018

Revamping a cult masterpiece is a dangerous business, and Bright Phoebus — the 1972 album by Mike and Lal Waterson — really is a masterpiece. Imagine the most severe voices in folk music pitched against lush, boozy, crushingly tender instrumentals. The songs have a gnarled lyricism, a concise and dreamy poetry. If you’ve never heard the album that’s probably because half of the original vinyl copies were pressed with the hole in the wrong place and it took until last summer for Bright Phoebus to be remastered and rereleased — largely thanks to the efforts of Lal’s daughter Marry.

And if anyone’s got the credentials to risk putting these songs on stage, it’s Marry and her family. The evening featured her cousin Eliza Carthy, Eliza’s dad Martin. Marry’s son Joe Gilhooley unleashed a sweet baritone during the trippy psych-folk interlude of Magical Man. Even Richard Reed Parry of Arcade Fire, who appeared as a sensitive guest singer, has family connections: his parents sang with the Watersons in Hull in the 1960s. The odd one out was John Smith, whose stylised crooning and Americanised vowels sounded pallid next to Eliza’s force in the devastating To Make You Stay.

END_OF_DOCUMENT_TOKEN_TO_BE_REPLACED

New year, new batch of orchestral behemoths. At its Glasgow HQ on Killermont Street, the Royal Scottish National Orchestra is limbering up to play some of the biggest symphonies in the repertoire, from the blazing fanfares of Sibelius’s Fifth this week (Carlisle, January 26; Aberdeen, January 28) to the epic life force that is Bruckner’s Eighth (Perth, February 22; Edinburgh, February 23; Glasgow, February 24) to Mahler’s obliterating Ninth (Edinburgh, June 1; Glasgow, June 2).

Fans of Leonard Bernstein should look forward to a collaboration between the RSNO, its chorus and the Royal Conservatoire of Scotland marking 100 years since the birth of the iconic American composer/conductor (Glasgow, April 27 – May 5). Concerts include his Chichester Psalms, his Symphonic Dances from West Side Story and his controversial pop-classical fusion 1971 Mass, written in opposition to the Vietnam war and to mourn the deaths of JF Kennedy and Martin Luther King. Richard Nixon famously refused to attend the first performance; if only classical premieres still held such political charge.

END_OF_DOCUMENT_TOKEN_TO_BE_REPLACED 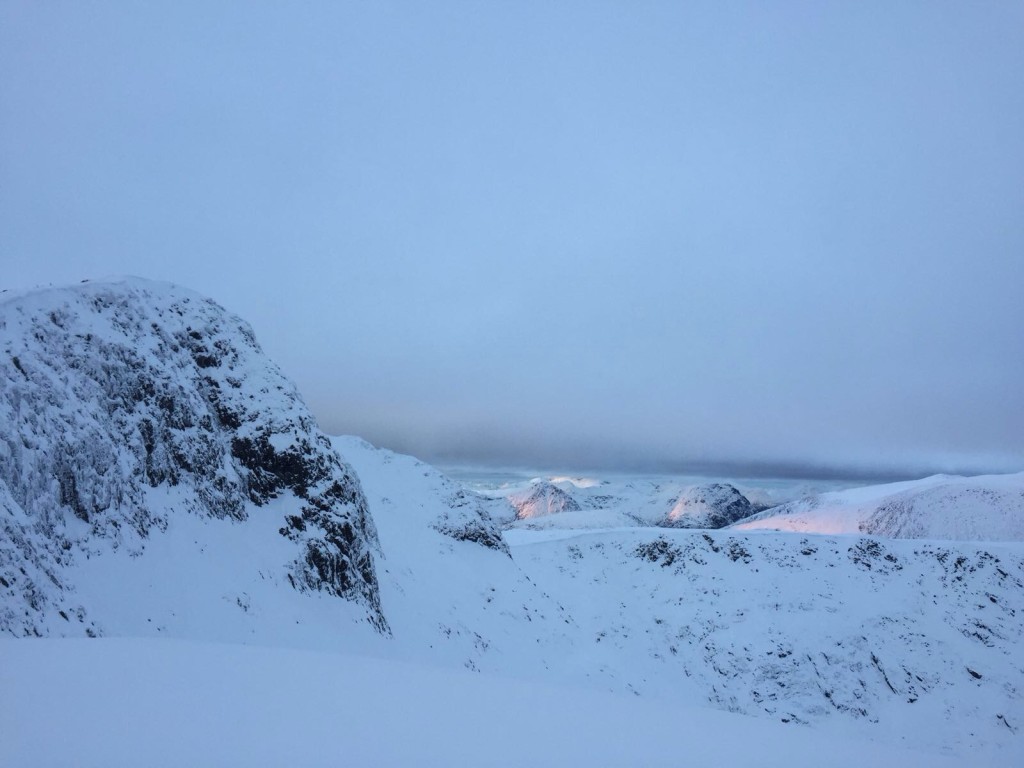 First published in the Guardian on 21 January, 2018

“Because this is happening in a Gaelic song,” jokes Julie Fowlis, “we know it won’t end well.” Fowlis wears her tradition lightly and deeply at once. It’s a pivot that comes with assurance; the Gaelic singer/multi-instrumentalist is a seasoned TV presenter, a poster girl for Gaelic culture, a bonafide trad music star whose slick fifth studio album, Alterum, has just been released. Nothing to prove here.

The new album explores supernatural places and spaces: an orphic world of selkies, kelpies and whispering birds. And, like everything else at her Celtic Connections show, Fowlis treats the theme with a gentle touch. Her voice is flawless, glossy, just a bit breathy. A Gaelic version of Paul McCartney’s Blackbird sounds inescapably fey but elsewhere there is edge. “I’ll do something radical now,” she says; “I’ll sing in the other language.” A stripped-back Americana version of Anne Briggs’s Go Your Way gives her warble a touch of Emmylou Harris. Fowlis can do diva, but she keeps it sweet.

END_OF_DOCUMENT_TOKEN_TO_BE_REPLACED

This time last year, Scottish mezzo-soprano Catriona Morison was a hard-working young opera graduate who was quietly building a career in Germany but had yet to make much of a name in the UK. By the time I interviewed her in October, she was a star. Morison flew into Glasgow for a few hours to pick up an honorary professorship at her alma mater, the Royal Conservatoire of Scotland, and dispense a few kernels of wisdom to current students. On route from the airport she fended off the latest influx of concert requests and organised her schedule as one of BBC Radio 3’s New Generation Artists. She could fit me in, she apologised, for half an hour over lunch.

END_OF_DOCUMENT_TOKEN_TO_BE_REPLACED 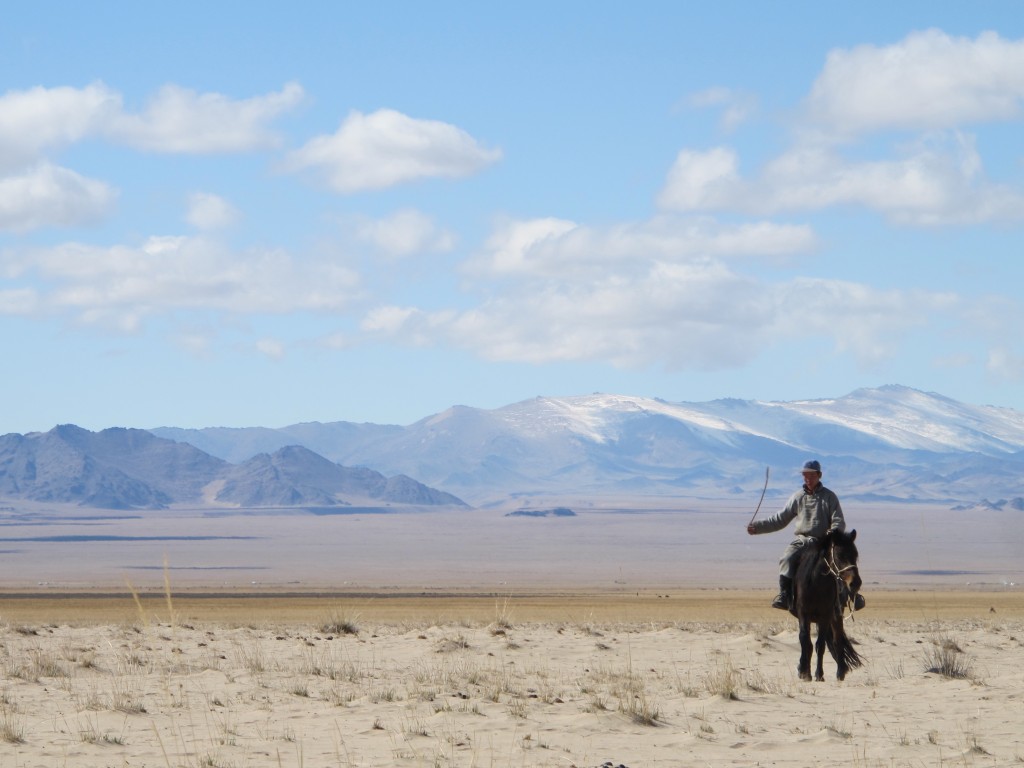 First published in the Guardian on 2 January, 2018

Last summer, a video from Cardiff went viral in Ulaanbaatar. It showed the opera coach Mary King moist-eyed and lost for words during the finals of BBC Cardiff Singer of the World competition. The man who had moved her to tears? 29-year-old Mongolian baritone Ariunbaatar Ganbaatar: towering, broad shoulders, huge smile, mighty voice. He sang Rossini, Verdi and Tchaikovsky and charmed everyone — including the judges, who declared him joint winner of the coveted Song Prize. “There was something so imposing about the sound,” King later reflected. “Contained and glorious. It’s very unusual to find this combination of presence, power and effortlessness in any singer.”