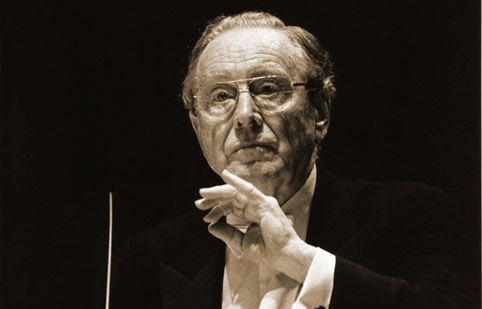 First published in The Herald on 28 September, 2013

27 January, 1974. A band of intrepid wind players had broken ranks from the Scottish Baroque Ensemble and formed a loose orchestral outfit that could tackle small-scale symphonic repertoire. Calling themselves the Scottish Chamber Orchestra, they booked a venue (Glasgow’s City Halls), hired a conductor (James Loughran) and boldly invited a star soloist (the tenor Robert Tear) to sing at their debut concert.

The programme that wintry Sunday afternoon wouldn’t look out of place in an SCO season brochure today: Mozart’s 29th Symphony, Beethoven’s Fourth and Britten’s Les Illuminations. The mission statement of the fledgling orchestra still broadly rings true, too: “It will present the great Viennese classics as far as possible with the playing strength and with the style for which they were originally composed.” Here was an ensemble that started how it planned to continue.

40 years on, the SCO is one of the best chamber orchestras in the world. To appreciate the calibre, just skim the rostrum of associated conductors (Charles Mackerras, Jukka-Pekka Sarasate, Olari Elts, Emmanuel Krivine, Robin Ticciati) or the composers who have written for the orchestra past and present (Peter Maxwell Davies, James MacMillan, Mark-Anthony Turnage, Sally Beamish, Oliver Knussen). Better still, listen to five minutes of ballsy, ebullient house-style Mozart.

Audiences tend to pick up on recurring characteristics. The gutsy energy; the graceful lines; that it’s more like a big chamber ensemble than a little orchestra. A few technical details set the group apart – period winds paired with modern strings, for example – and the fact that the musicians are all freelance makes a musical difference as well as a contractual one, as I’ll come to later. But something in the spirit of this band goes much deeper than contracts and instruments.

“My immediate thought is to do with commitment to sound, which comes from commitment to being a troupe,”says Ticciati, principal conductor since 2009. “Each member puts themselves on the line technically, musically, emotionally, in order to give the audience an experience that can change them.” Ticciati arrived as a hotly-tipped but inexperienced young talent whom the players loved working with from the get-go. “It’s a two-way thing,” he says, blushing. “They ignite every time. They give themselves to the music, whether they’re playing in Pitlochry or London or Vienna. They inspire me.”

He isn’t by any means the first conductor to build a special relationship here. More than any other it was Mackerras, the great Australian Mozartian and Janacekian, who shaped today’s hallmark SCO sound. “Fascination for detail, rigour towards the score,” Ticciati says reverentially of his predecessor, whose recordings of Mozart’s late symphonies and Da Ponte operas are still definitive. “The idea that the ink is wet. The idea of excavating and probing the music, not just playing it – that’s all still in the sinews of the orchestra, and Mackerras is a huge part of why.”

And it’s true: there’s a degree of engagement that’s frankly all-too-rare in most orchestras. A couple of years ago I sat in on a SCO recording session (Berlioz’s Symphony Fantastique) and was struck that between takes, when usually just the conductor and section principals would listening back with the sound engineer, almost everyone shuffled into the control booth. Ticciati beams at the recollection. “Exactly. There are no passengers. If you don’t listen to a take, you’re effectively saying, ‘this is not my responsibility’. Shared responsibility is essential.”

Roy McEwan has been chief executive since 1993, more than half of the SCO’s lifespan. “The orchestra felt young and go-getting when I joined,” he says, “and you know what? It’s never lost that spirit. It doesn’t feel institutionalised. It might have matured, but it isn’t middle aged.” His fondest memories? “The first time that Joseph Swensen conducted the orchestra – Beethoven’s Eroica at Ayr Town Hall, a mad flash of energy. Or the last time that Mackerras conducted us. Mozart’s Haffner at City Halls. At the end he took a couple of bows then waved to the audience. He was saying goodbye, though we didn’t know it at the time. He died a few months later.”

There’s a timeline on the orchestra’s website, a kind of virtual scrapbook from the past 40 years that’s worth perusing for the vintage fashion if nothing else. In a review from 1975, David Johnson writes in the Guardian that he’s “still amazed at the miraculous fact of Scottish Chamber Orchestra’s existence: in less than two years this excellent ensemble has been got together from first-class players from the South (e.g. leader John Tunnell and first clarinet Janet Hilton) who have been persuaded to settle in Scotland.”

The phrase ‘persuaded to settle in Scotland’ might smart a bit, but McEwan points out that it’s a good thing that the orchestra’s members come from Scotland, Europe and beyond. “Music isn’t geographical in its boundaries. The driving force behind who becomes part of our family is whether they’ve got something special to bring. So yes, many people live in Scotland because of the orchestra. And once they get here they become part of the wider musical community, with very positive knock-on effects as teachers and so on.”

Low earnings apart, the freelance set-up is by-and-large a good thing. A core membership of 37 play most of the concerts but are also able to take on solo and chamber music projects elsewhere. “The flexibility means we attract innovative and energetic musicians who don’t want to be tied down by rigid contracts,” says McEwan. “They go off to other projects that enrich the orchestra when they come back.â€ Plenty of examples prove his theory: the concerto life of principal horn Alec Frank-Gemmill; the period-instrument Ensemble Marsyas under principal bassoon Peter Whelan; the roaming pursuits of Mr McFall’s Chamber, named after second violin Robert McFall. The list could go on.

McEwan has had to steer the orchestra through some seismic industry shifts during the past 20 years. In simplest terms, there was more money back then. “International touring was easier when Eastern Europe opened up their orchestras flooded the market,” he says. “The cost of travel has gone up, and these days tours don’t tend to cover their cost. But it’s vital that we keep touring: it raises our profile and builds links with international artists.”

The recording business, too, has morphed from the days of ‘giants’ (Decca, Deutsche Grammophon, Philips and so on) to boutique labels with none of the big money attached. Nowadays the orchestra pays its session fees, the record company covers its side of costs and they split the profits – if there are any. Making CDs is risky but, like touring, crucial for keeping up with the Joneses.

As reliance shifts from public subsidy to private donations, McEwan’s job has become increasingly heavy on fund-raising. Still, with what he calls “a sturdy community of support”, he’s forging ahead with the biggest dream of the past 15 years: that new concert hall. A purpose-built Edinburgh home with the right-sized performance space and the right rehearsal facilities – “it would, says McEwan, “develop new artistic relationships, improve audience experience and improve how the orchestra plays.” All he’ll say concretely for now is that “it’s very firmly on our agenda” and that we “can expect more news later in the season”. Watch this space.

For now, the 2013-14 season opens at the Usher Hall with Scottish mezzo Karen Cargill (one of the SCO’s newest artists-in-association) leading a classy vocal line-up in Berlioz’s luminous late opera Beatrice and Benedict. It’s the culmination of Ticciati’s Berlioz fixation, which has been a new departure for the orchestra in terms of repertoire. “Berlioz has taught us a lot about what it is to play legato,” he says. “He’s given us another palette.” Ticciati describes this opera as “champagne, on one level: it’s carefree, it’s lightness, it’s air. But there’s a sadness, too. Berlioz knew he would never be as carefree as Beatrice and Benedict.”

More romanticism comes later in the autumn with a Schumann run – Ticciati’s first full symphonic cycle with the orchestra – and a mini-focus on Dvorak. The 40th anniversary concert itself carefully doffs its cap to various facets of the orchestra’s DNA with a new work from Scottish composer Martin Suckling, Maria Joao Pires playing Chopin’s Second Piano Concerto and Ticciati conducting Beethoven’s Fifth. “New world, romanticism and classical revolution,” says Ticciati. “Pretty much sums up the SCO, don’t you think?”