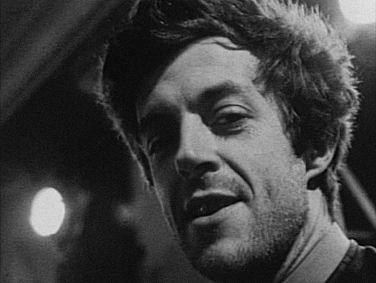 Protesters in Ukraine sings songs of patriotism or pro-Russian allegiance; yet again, music is deployed as politics and group identity. This month the London Sinfonietta end a four-day residence at Canterbury Christ Church University with a programme that delves into the proud history of protest songs. They turn to the radical Maoism of Cornelius Cardew, a tousle-haired Englishman who penned passionate peoples’ music and founded a Scratch Orchestra that was intended for anyone and everyone to join in; his elegy for solo violin is called The Workers Song and is full of pathos. There’s also the crash-bang roguishness of Dutch composer Louis Andriessen, whose 1975 Workers Union is a clanging battle ground between individual freedom and imposed discipline. Four decades after the premiere it is still a raucous wake-up call. Canterbury, 5 May

Top-three picks of this year’s Cheltenham Jazz Festival (April 30 â€“ May 5) â€“ and two of them involve saxophonist Iain Ballamy. The English musician built his quartet Anorak XL for the festival in 2007 and returns with that group and an expanded horn section in tow; expect music of roaming, rousing and lush dimensions led by sax playing that’s mellow and seductive but never afraid to provoke (May 4). Ballamy also plays in the big band Loose Tubes, a sprawling 21-piece that reunites for the first time in 20 years and includes the pianist Django Bates and saxophonist Mark Lockheart (May 3). And Thomas Stronen brings his band Time is a Blind Guide to Cheltenham this year: with Kit Downes on keys and Nils Okland on viola d’amore and Hardanger fiddle, it’s among the Norwegian drummer’s most lyrical projects â€“ in his own words, this is a chamber ensemble â€œmanned by strong, expressive musiciansâ€ with compositions that are â€œhighly melodicâ€ and seek a sense of open space as well as rhythmic complexity. Basically think of the best kind of inventive, tuneful Nordic jazz (May 4).

Leonidas Kavakos is a violinist of big, brawny sound and the expression to match. At times his new recording of Brahms’s violin sonatas with pianist Yuja Wan risks over-saturation; the playing is borderline too rich and there’s little by way of delicacy to balance the palette. What’s so special about Kavokos is his knack for elegance and sharp definition underneath all the plush cushioning. There are no airs or graces to his playing; he always searches for what lies at the heart of this stormy, soulful music. [Decca 4786442]

And there’s been another superb release from the Edinburgh-based Dunedin Consort, whose new recording of Mozart’s Requiem (in the standard SÃ¼ssmayr completion; Dunedin’s director John Butt is straightforwardly pragmatic about picking the best of an imperfect bunch) is classy and exciting. The singing is light and agile but still has real colour and character, and the instrumental playing is brilliantly vivid â€“ it’s worth hearing for the opening 30 seconds alone, which contain some of the most juiciest period wind playing I’ve come across. John Butt conducts with his usual flair for fine phrasing and dramatic pacing: it’s a performance that reels you in and never lets you go. [LINN 449]

AND ANOTHER THING: The programme for this year’s Proms is announced on 24 April. Be ready to snap up the good stuff pronto.

GO TO: Susanna. The elfin Norwegian musician wraps her delicate, eerie voice around songs from Purcell to Leonard Cohen and her own haunting numbers; her band includes brother Fredrik WallumrÃ¸d on drums and vocals. Vortex, London, 22 April