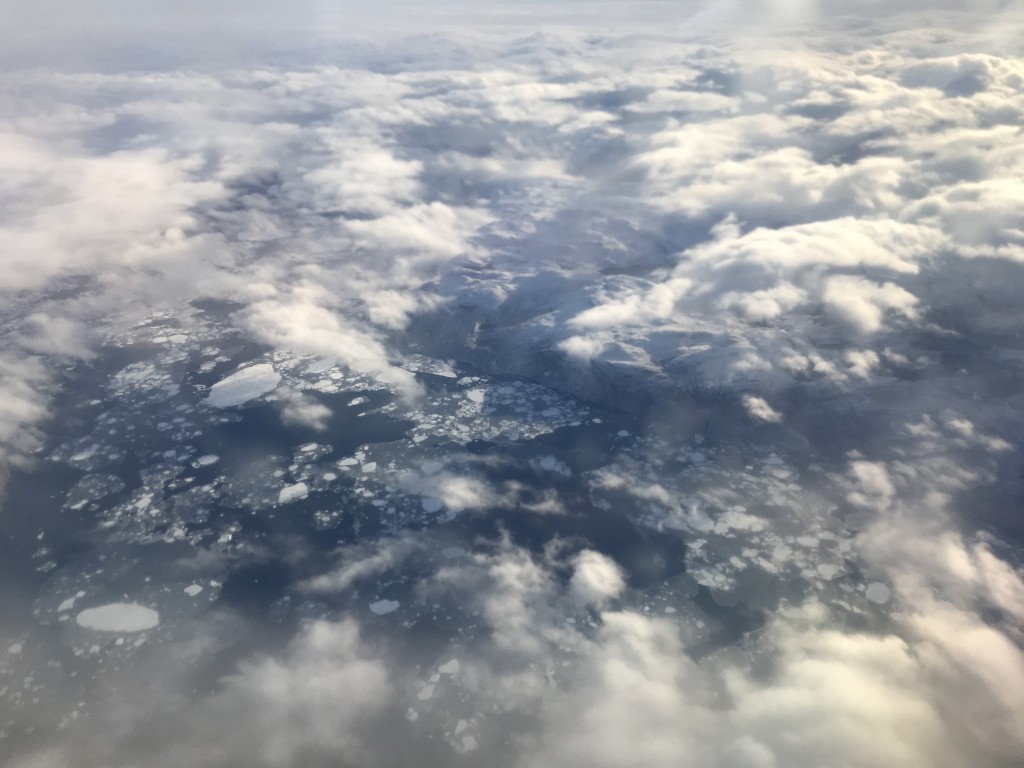 “Start with the note ‘e’, and you don’t have to make the decision. It’s as good a place to start as any. Then if you write ‘d’, you know where you stand in relation to ‘e’.”

Start with a myth. Harrison Birtwistle often does. The myths he chooses aren’t always simple, the music he writes definitely isn’t simple, but the choice of subject matter, he says, is very simple. He goes for stories that have always been there. Like one note’s relationship to its neighbour, the knownness of a myth is an anchor that lets him roam. “When telling a myth,” he says, “tell a famous one. So everyone already gets what it’s about. That allows me to use the music to do what I would do anyway. It allows me to go for it.”

That’s one explanation for it. Since his earliest pieces, Birtwistle’s music has been a place for gods, monsters and earthy archetypes. “Well, give me another subject!” he retorts when asked: why myths? “What do you want me to write about otherwise? Sentimentality?!” That last word dropped like it’s contaminated. Time and again, he has returned to rituals rough and divine, exploding or rerouting those rituals along the way, merging primitive rites with exquisitely distilled moments of love or violence. He has made pieces out of bible stories (The Last Supper) and mummers tales (Down by the Greenwood Side). He has made brutal characters out of puppets (Punch and Judy), folk balladry (Bow Down, setting the staggeringly cruel Two Sisters), old English legends (Gawain) and newer cinematic legends (The Second Mrs Kong). He’s written cameos for satyrs (the unbound solo saxophone of Panic) and for singing sheep (Yan Tan Tethera). Sometimes, his beasts have a humanity so unexpectedly tender it makes us weep (The Minotaur).

Birtwistle’s music has a habit of doing things to time. He stretches and telescopes and pivots time in the way that myths can. He often structures his pieces using episodes that repeat and shift and cumulate until the tension can’t hold. The stories unfold, refold, get remade, remake us in the process. Above all, Birtwistle keeps coming back to Orpheus, with his divine musical gifts, his fractured memories and his foolishness. “Orpheus sings sublimely every time,” Birtwistle says of his preoccupation with the character. “He messes up every time.” The sublime and the all-too-human: Orpheus never lets us down, because he never fails to show us ourselves.

Sure, the Orpheus tale is partly about love, but love is not our primary concern here. Birtwistle doesn’t mine the old tales for their emotive triggers. When Orpheus turns to look at Eurydice, it’s the ritual learning and unlearning of the moment that matters most. “I’ll tell you a secret,” Birtwistle says. The original plan for The Mask of Orpheus was to make a Faust opera. “I’d been commissioned to do it, and I was a couple of years into the process. They [the Royal Opera House] got me in to give them an update on how it was going. I said it was going well, but that I’d changed the subject. Eyebrows went up. The opera wasn’t going to be about Faust any more, I told them. Now it was about Orpheus.” Why? “Because Orpheus fitted my methods. Orpheus keeps looking back. Orpheus is about music. An opera about itself. I liked that.”

Myths came naturally for Birtwistle. Growing up in Accrington, Lancashire, he was a clarinettist in a local wind band that played for shows and pantomimes. The stage was set. One of his earliest compositions – at least, the earliest he hasn’t disowned – is a tender slip of a score called The Oockooing Bird, whose music circles in hypnotic repetitions. So much of what came later was seeded in the ceremony of that mysterious little loop. At university in Manchester in the mid 1950s, he and his fellow students including Peter Maxwell Davies and Alexander Goehr redefined what British music could mean after the war. They shirked tradition with a capital T, but the old folk traditions were different. “Max and Sandy were going to become composers,” Birtwistle recalls. “I had my sights somewhere else. Not quite sure where. Somewhere in the mystic distance.” What he did share, particularly with Maxwell Davies, was a fascination for the stage. A job as house composer at the National Theatre was handy in that respect – he wrote music for multiple major productions, including Peter Shaffer’s Amadeus and Peter Hall’s five-hour of Oresteia. Those scores are now lost, gallingly, but their mark on Birtwistle was indelible.

His own breakthrough came with Tragoedia (1965), a word meaning ‘goat-dance’. The hoofed figure of pan came clip-clopping back 25 years later to incite the great scandal of the Last Night of the Proms, 1990. A nation tuned into BBC 1 television expecting to be roused with patriotic pomp and Jerusalem, but instead they were confronted with Birtwistle’s latest orchestral work, Panic. The new piece was a dithyramb, which for the classical Greeks was a choric song in honour of Dionysus, god of wine, fertility, theatre, religious ecstasy – and ritual madness. In this music, wild exuberance runs riot. The saxophone soloist is the ring leader. He represents Pan, the god ‘spreading ruin and scattering ban’, according to the quotation from Elizabeth Barrett Browning that prefaces the score. Animals in the night are whipped up into feelings of exhilaration and terror by the sound of Pan’s music. That’s the panic. Thousands of viewers wrote in to complain. Later, Birtwistle said he didn’t see what all the fuss was about. ”I thought it was fun. I was apparently stepping on a sacred cow and the attendant manure.” Anyway, the more immediate scandal of the night was happening outside, where a stag party had tied up their husband-to-be to the front of the Royal Albert Hall, totally naked. Talk about Dionysian ritual madness.

30 years after veering away from his near-encounter, Birtwistle did get back to Faust. He joined the noble tradition of venerable composers playing the speaking roles in Stravinsky’s 1918 music-theatre fable The Soldier’s Tale. Babbitt and Carter had done it as nonagenarians; Copland played Narrator to the Devils of John Cage and Virgil Thomson. Birtwistle recorded the role of the Soldier next to George Benjamin as the Devil and Oliver Knussen conducting soloists from the Royal Academy of Music. He gives an exquisitely deadpan performance. With his laconic Lancashire drawl, Birtwistle’s Soldier is not the peppy upstart of some interpretations, nor the gullible dreamer or cocksure lad of others. His Soldier is jaded, glum, dispassionate, and the effect is particularly brilliant against Benjamin’s honeyed and neurotic Devil. There is a world-weariness that suggests this Soldier’s descent is more knowing than it often appears. Perhaps this Soldier chooses his own fate all along, more will than surrender. Perhaps he is just re-rehearsing an old tale, to see what might happen.

“For a non-religious person, it is a myth to be picked like the rest of them.” At the turn of the new century, Birtwistle wrote The Last Supper – an intense and mysterious ‘dramatic tableau’ with a libretto by the Canadian poet Robin Blaser. It was very consciously a millennium piece: it deals with the weight we put on single moments (the striking of midnight, the Crucifixion), how we rehash those moments in hindsight, replaying old stories with horrible inevitability and reenacting behaviour we would rather escape. The opera’s message around historical amnesia and collective entrapment has not dated a bit. And the treatment of mythic time is extraordinary. Two millennia of Christian mythology are telescoped into a kind of friends reunited scenario. Jesus and his disciples travel “back into space/ time” to reconvene, 2000 years later. They chat about what they’ve been up to since the crucifixion. Judas turns up, against the odds. When the opera was first performed, many listeners were baffled by its ambiguity, its teetering stasis, its murky, ambivalent grandeur. “I think people didn’t get it,” Birtwistle acknowledged later. “It’s a tough grub. I think I have a reputation for difficult things. I don’t try to make my music difficult. I try to do things as simply as possible.”

As ever, Birtwistle’s ritualistic writing in The Last Supper is magnificent, layer upon layer of skewed time and perspective underpinned by a grim, grand pace set from the bottom end of the orchestra. The sound palette is dense, dark and strange with contrabass clarinet, tolling timpani and no violins, while on the surface are sudden swooshes of ferocious colour. A sombre accordion accompanies the recitatives; a high-hat whispers a sleazy riff straight out of film noire. Time is elastic, the orchestra yo-yoing between sudden movement and sudden paralysis, and the intensity of both ups the ante on the other. Then there are the crystalline Latin motets that punctuate the thing, crucial salves amid the fracas.

Maybe that’s the heart of it. Birtwistle’s myths hinge on opposites. The man-beast of The Minotaur; the dark-fair sisters of Bow Down; the overworld-underworld of the Orphic pieces. The Green Knight of Gawain, arriving from the outside the court to cause havoc within. The brutal yin and yang of Punch and Judy. The very literal dichotomy of the chamber opera Io Passion, whose original design cleaved the stage in two – woman on the inside, man on the outside. The musical potential in all that contrast is thrilling, but more interesting is how Birtwistle explores the merges. We see the Minotaur’s humanness when he dreams and when his grunts start to become words. Like Orpheus, the Minotaur is both mythic and human. At the end of the opera, it’s the monster who has our hearts, not Ariadne or Theseus, because in being both, he is all of us.

Revisiting the myths lets us see what we don’t always realise we know. For Jung, the myths are our collective unconscious. They let us learn, forget, learn again. Birtwistle claims he is “not a very psychological person”, that he doesn’t “get off on all that”. But he does tell me a story. When he used to teach regularly, he would talk to his students about really looking. He would tell them: “I have a thing that I do. I have a picture. It’s a picture of a bird, a turkey, done by my son. I guarantee that if I look at this picture every day for the rest of my life, I will see 90 new things in it each time. It’s as good a place to start as any.”