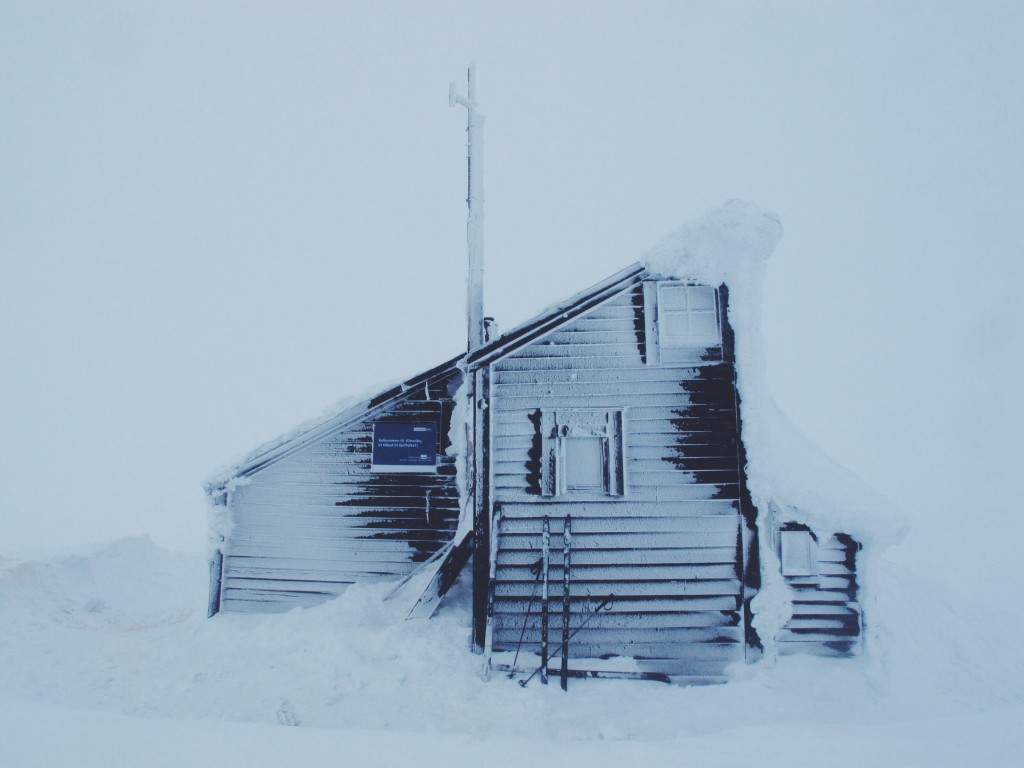 First published in The Herald on 9 December, 2015

A few years back, the writer and broadcaster Garrison Keillor — self-appointed vanguard of all-American wholesomeness — threw an ignoble strop in his regular column for the Baltimore Sun. His general gripe was Christmas music: “All those lousy holiday songs by Jewish guys that trash up the malls every year, Rudolph and the chestnuts and the rest of that dreck.” (Presumably his appropriation of the Yiddish ‘dreck’ was deliberately ironic.) Anyway, Keillor went on: “Christmas is a Christian holiday — if you’re not in the club, then buzz off. Celebrate Yule instead or dance around in druid robes for the solstice. Go light a big log, go wassailing and falalaing until you fall down, eat figgy pudding until you puke, but don’t mess with the Messiah.”

Don’t mess with the Messiah? The music that provoked so much ire in Keillor — classic Christmas songs, commercially indestructible — are tiny masterpieces of their kind. Next time you’re stuck in a supermarket queue with the syrupy strains of White Christmas, Santa Baby or Winter Wonderland, take a moment to consider its craftsmanship. These songs were penned more than 60 or 70s years ago and they still dominate our December airwaves. They’re melodic gold — an artfully sentimental slew of nostalgia and supremely singable tunes that linger around the end of phrases long enough for Maria Carey, Michael Bublé or Mel Tormé to do their melismatic thing. Chord progressions are that woozy sweet-spot between classic carol harmony and blue-note schmaltz. Lyrics are the poetic equivalent of pumping aroma de baked goods around the supermarket aisles: neat one-liners that conjure a sort of aspirational warmth and conviviality.

Keillor was irked by the fact that so many of these best-selling Christmas songs were written by Jewish composers. Irving Berlin’s White Christmas; Johnny Marks’s Rudolph the Red-Nosed Reindeer; Mel Tormé’s The Christmas Song; Let It Snow! by Jule Styne and Sammy Cahn; Walter Kent’s I’ll Be Home for Christmas; Felix Bernard’s Winter Wonderland; Santa Baby by Joan Javits and Philip Springer; Silver Bells by Jay Livingston and Ray Evans — I could go on. When Bob Dylan released Christmas in the Heart in 2009, he joined the ranks of big-name Jewish artists (Barbara Streisand, Neil Diamond, Kenny G) who count Christmas albums among their discographies. “These songs are part of my life,” he explained when asked why he’d included carols such as Hark! The Herald and The First Noel. “Just like folk songs.”

Thing is, Christmas music has been about more than Christ since long before Irving Berlin hits started topping the charts. Composers have been capitalising on the Messiah’s birthday and the rituals around it for centuries. Deck the Halls is a medieval Welsh melody whose secular modern-day lyrics were added in the 19th century. Jingle Bells, gleefully scenic, was written by James Lord Pierpont in 1857. On the flip-side, the French-Jewish Adolphe Adam composed O Holy Night in 1847, rapturously devotional about a religious occasion that wasn’t even his.

We can take the argument back further. Winter festivals were celebrated long before Christianity: the Romans held their Saturnalia holiday in mid-December, and the feast of Christmas corresponds to pagan festivals around the winter solstice. We’ve always needed bright sounds in dark times. Early Christian seasonal music wasn’t always particularly well behaved, either. The remnants of pagan carousing linger in the Wassail Song and the Boar’s Head Carols, both of which basically celebrate the merits of copious eating and drinking. The Holly and the Ivy is a 14th century song packed with innuendo (hint: the prickly holly is man, the twining ivy is woman).

And if it wasn’t rude, it was often rustic. Shepherds were first to arrive in the stable and the shepherd’s pipe (or at least the oboe playing its part) is a Christmas music fixture. Corelli’s Christmas Concerto, Heinrich Schütz’s Christmas Story, Hector Berlioz’s Shepherd’s Farewell from Childhood of Christ — all littered with oboes playing lilting pastorales. Bach, too, includes a gorgeously drowsy pastorale in his Christmas Oratorio, perhaps the greatest and certainly the most expansive piece of Christmas music in the repertoire. Yet even this most ecstatic of religious celebrations doesn’t really tell the nativity story straight. Instead of a linear narrative, arias ponder the emotional impact of the Christmas story — Bach uses bits and bobs of the gospel, but mainly he zooms in on specific aspects of dogma like the naming of Jesus or the imagery of darkness and light. Whole chunks of Christmas Oratorio had secular origins, originally composed for other words then rehashed to fit their new context (standard baroque trick, that). For John Butt, professor of music at Glasgow University and director of the Dunedin Consort, this is a sure indication that Bach “can’t have believed that the music itself had intrinsic meaning. It had an intrinsic effect. The meaning comes when we hear it, when we give it context.” Just like those Tin Pan Alley Christmas hits.

The other perceived stalwart of classical Christmas repertoire wasn’t even written for Christmas. If anything, Handel’s Messiah is a Passion piece better suited to Easter (everyone comes out of Messiah assuming they’ve been to a Christmas story, but that bit is literally five minutes). Again, the point is context. Messiah premiered in Dublin in 1742 and became the first big charity gig, a feel-good work whose clever merging of virtuosic and accessible music has been indelibly popular ever since. Its religious stance is fairly orthodox but its rhetoric is relatively radical, combining old and new testament texts in a way that makes them sound like they belong together. “It’s convincing because it’s positive and non-oppositional,” says Butt. “We’re sent away with a resounding sense that we shall be saved. It’s low on sin and damnation, high on rousing take-home message. That’s good for Christmas, right?”

As for the UK’s quintessential Christmas sound bite? Probably a close call between Band Aid, The Pogues and a Service of Nine Lessons and Carols, none of which date back terribly long. That angelic solo chorister’s voice floating through the first verse of Once in Royal David’s City might sound timeless, but King’s College Cambridge invented the original Nine Lessons format (a loose collection of Anglican readings and carols) at its college chapel in 1918. The service has been broadcast annually by the BBC since 1928, and King’s reports listeners tuning in from the foot of Everest and the depths of the desert. Nothing says wholesome home Christmas like a tawny-haired chorister in a red-and-white cassock.

Take or leave the doctrine, but a decent Nine Lessons service includes some real gems of 20th century text setting. Gustav Holst’s spare and crunchy In the Bleak Midwinter; David Willcocks’s Sussex Carol; Edward Higginbottom’s Rocking Carol to the beautiful Czech lullaby ‘Hajej, nyjej, Jezisku’. There are several classic Vaughan Williams numbers, plus a whole medley for baritone, chorus and orchestra that he called simply Fantasia on Christmas Carols. Even Arnold Schoenberg got in on the act, composing a cheerful little miniature for two violins, cello, harmonium and piano called Weihnachtsmusik, complete with quotes from Silent Night and the sweet German Advent carol Es ist ein’ Ros’ ensptrungen. Incidentally, that chorale melody dates back to the 14th century and umpteen composers have made versions since, from Praetorius in 1609 to a gorgeously earthy, deconstructed version from 1990 by a composer from the far north of Sweden called Jan Sandstrom.

My own favourite carol setting might well be Balulalow, an old Scottish carol first published in 1567 and included by Benjamin Britten in his Ceremony of Carols. “Oh my deir hert, young Jesus sweit,” goes the first verse. “Prepare thy creddil in my hert and never mair from thee depart.” Britten’s version is fleeting and eerie, full of darkness, light and quiet awe. Sour-sweet harp chords tug between major and minor under voices that are fragile and mysterious. Then again, for deadpan naughtiness with a pang of melancholy (“Santa baby, forgot to mention one little thing… A ring…”) give me Eartha Kitt singing a sultry Santa Baby any day.