The world doesn’t need yet another recording of Beethoven’s string quartets, you might well argue, but this terrific cycle from the Elias String Quartet demonstrates how fresh, probing and confrontational a new account can be. The complete set was recorded live at the Wigmore Hall four years ago and is now being released in tantalisingly slow instalments. Volume Four covers early, middle and late-period Beethoven and the Elias distils the special energy of each: Opus 18 No 2 is assertive and coltish, a dance of bright, volatile exchanges; Opus 59 No 1, first of the ‘Razumovsky’ quartets, is confident, glowing, exploratory, while the mighty opening chords of Opus 127, first of the late quartets, are a statement of intent for an interpretation of huge emotion, thoughtfulness and vulnerability. It’s exciting playing, and a reminder of how the Elias players put every bit of themselves into their performances.

Bohuslav Martinu lived in Paris through the 1920s and got swept up in the city’s jazz and avant-garde scenes. Then in the early 1930s he turned his attention back to his native Moravian folk culture and wrote earthy, angular music that fused the lot — including his 1937 cantata Bouquet of Flowers. It’s for children’s chorus, soloists and orchestra and there’s no danger of missing the smell of the soil in these pungent tunes, but between the carols and cowherds come moments of impressively stark modernism which this account really illuminates. The voices of Katerina Knezikova and Michaela Kapustova are particularly rich together and Tomas Netopil conducts with a grand sweep. At the end of the disc we get the bruisingly nostalgic Philharmonic Dances by Martinu’s student Jan Novak — music from 1956 that swaggers and rambles. Unfortunately Jan wasn’t a patch on his teacher.

“If I don’t feel too good,” divulges Swiss cellist Thomas Demenga, “I go to my studio and play one or two suites — it’s a mental cleansing process.” Plenty of musicians turn to Bach for solace or recalibration; the question is who can translate that personal connection into something usefully meaningful to other people. Demenga’s second recording of the cello suites (his launched his first more than 30 years ago) is extrovert, assured and very much about him. He’s not shy of decorating Bach’s lines and tugging them about; he pushes and circles and skits so that even the profound Sarabandes trot along at a wilful clip. The cello sound is beautiful for its grit, grain and sinew, and the fact this recording was done live in concert means we get exciting squalls, adrenalin and spontaneity. It’s an impressive performance, no doubt, but I had a creeping feeling it was more about the singer than the song. 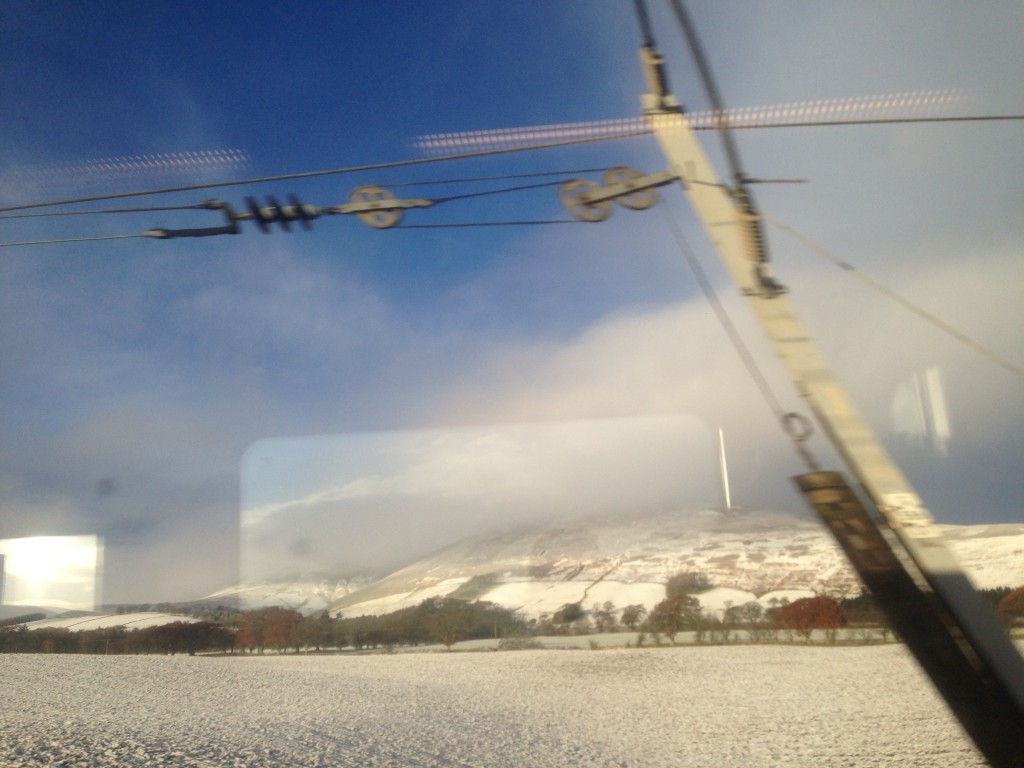 Here’s an album that feels beautifully out of season. Norwegian composer/experimental guitarist Kim Myhr is a master of slow-morphing rhythms and sun-dappled textures that seem to glow from the inside. His electronics are mellow and inviting; his 12-string acoustic guitar has a loose, blissed-out twang. With just two long tracks (A and B on the vinyl release) that loop and shimmy around a single simple hook, You|Me has a 1960s psych-folk vibe and something of the roving thrum of early Steve Reich or Terry Riley’s In C, or indeed Julius Eastman’s joyous Femenine. Three drummers — Ingar Zach, Hans Hulbækmo and The Necks’s Tony Buck — add spangling commentary and tranquil momentum and occasionally drift into sombre eddies. It’s music to bolster the spirits and ground the nerves; it’s travelling music for big-sky vistas.

There is nowhere to hide in Risonanze erranti, a stunningly tough and confrontational vocal work from 1986 by the late Italian composer and political agitator Luigi Nono. This is music of silence and surprise, of cloak and dagger. Scored for the low-lit combination of contralto, bass flute, tuba, percussionists and live electronics, the texts (Herman Melville, Ingeborg Bachmann, snippets of renaissance polyphony) are drenched with implication but it’s the spaces that feel most ominous: violent outbursts made all the more alarming because of the emptiness around them. The voice shrieks and whispers and sometimes sneaks between the instrument as though seeking camaraderie. This performance from 2014 by the Nono specialists Prometeo Ensemble is ultra focused and pristine, and sung with immense gravitas by contralto Katarzyna Otczyk. The disc also includes the original recording from 1987 and it’s fascinating to compare — the electronics sound dated, but Susanne Otto’s vocal gestures are as gripping as ever.

The name of this 1640 collection means ‘moral and spiritual forest’ and it is Monteverdi in the most exploratory mood — the culmination of his three decades as maestro di cappella at St Mark’s Basilica in Venice, with its sumptuous acoustic and crack instrumental band and 40-piece choir to match. You’ll find everything from grand ensembles to intimate solo confessionals, and this recording is best suited to the latter. That’s because conductor Pablo Heras-Casado has a tendency to over-shape the bigger stuff, to traffic-control the corners and smooth out the ride. With Monteverdi we need the rough and the spontaneous. But individual musicians and singers of the Balthasar Neumann are wonderful and they shine in their nimble duos and trios — try the piercingly delivered Salve Regina from sopranos Magdalene Harer and Julia Kirchner.

Astor Piazzolla’s tango opera is fierce and hot-blooded thing, with its swirling text by Horacio Ferrer and deft mashup of fugue, milonga, cabaret, even 1960s psychedelia. The drama inhabits bars and brothers where characters are ultra vivid but mysterious and a bit supernatural — if Maria represents the city, the bandoneon (superbly poised playing from Victor Villena) brings out her most seductive and destructive sides. Edinburgh ensemble Mr McFall’s Chamber has been championing Piazzolla for 20 years and their take is considered and dignified if low on danger or breathless passion. I blame the percussion, far too well behaved. But the sultry exchanges between violin and bandoneon are irresistible, and the voices: smoky narration from Juanjo Lopez Vidal, Valentina Montoya Martinez unflinching as Maria, and huge-hearted chansons from Nicholas Mulroy. If you know him as Bach’s Evangelist, just wait to you hear his way with a slow milonga. Devastating.

This portrait album of composer Colin Riley is a charmer: fun name, fun cover art, opening track a taught and wonky disco called Purl. But it’s more than that, too, and there’s something very endearing (possibly very British?) about the way Riley deflects the beauty and sincerity at the heart of his pieces by giving them names like Bob or A Cool Carfuffle and framing his serious moments with music that fools around. Inspirations include Genesis, John Martyn and Joy Division; there’s a delicate set of Lyric Pieces, a closing piano solo in dreamy soft-grain called As the Tender Twilight Covers. The title work is a collection of six miniatures, lopsided rhythms cut with snippets of gentler stuff. The performances (violist Jessica Beeston, clarinettist Tom Lessels, pianist Kate Halsall and others) get the right balance of wry, fond, understated and slightly bonkers.

In Dulce Jubilo: music for the Christmas season by Buxtehude and friends
Theatre of Voices/Hillier (Dacapo)

Apologies for the advance seasonal selection, but this is as classy as Christmas albums come: music from an important Swedish archive of north-European baroque music (the Duben collection at Uppsala University) delivered with razor-sharp clarity by Paul Hillier’s Theatre of Voices and luminous period instrumentals. Works are grouped thematically (Advent, Shepherds, Nativity, Epiphany) with images of light, dark and wonder underpinning all of them and special attention given to the elegant and multicoloured music of Dietrich Buxtehude. Elsewhere we get gems by Franz Tunder, Buxtehude’s successor as organist in Lubeck, and a splendid bit of vocal polyphony by Jan Pieterszoon Sweelinck. The recording was made in an 18th century church in Copenhagen, all wood and clean surfaces, and its pristine sound will make an ideal airy, lissom antidote to general excesses of the season.

Eliane Radigue spent most of her career taming synthesiser feedback into exquisite astral sounds. Her pieces lasted for hours; grand vistas that unfolded with monumental slow grace. Now she’s into her 80s and writing her ultra-slow music for acoustic instruments, working on a roaming series of solo and ensemble pieces called Occam after the theory of philosopher William of Ockham that the simplest option is always the best. There are no scores, only verbal instructions, and nothing can move fast, so Radigue is very particular about which musicians she’ll trust to take her ethos seriously. The three featured on this album are the very best: harpist Rhodri Davies, violist Julia Eckhardt and clarinettist Carol Robinson, all stunningly adept at summoning those ephemeral overtones and partials, all masters of what Radigue calls “the virtuosity of absolute control”.