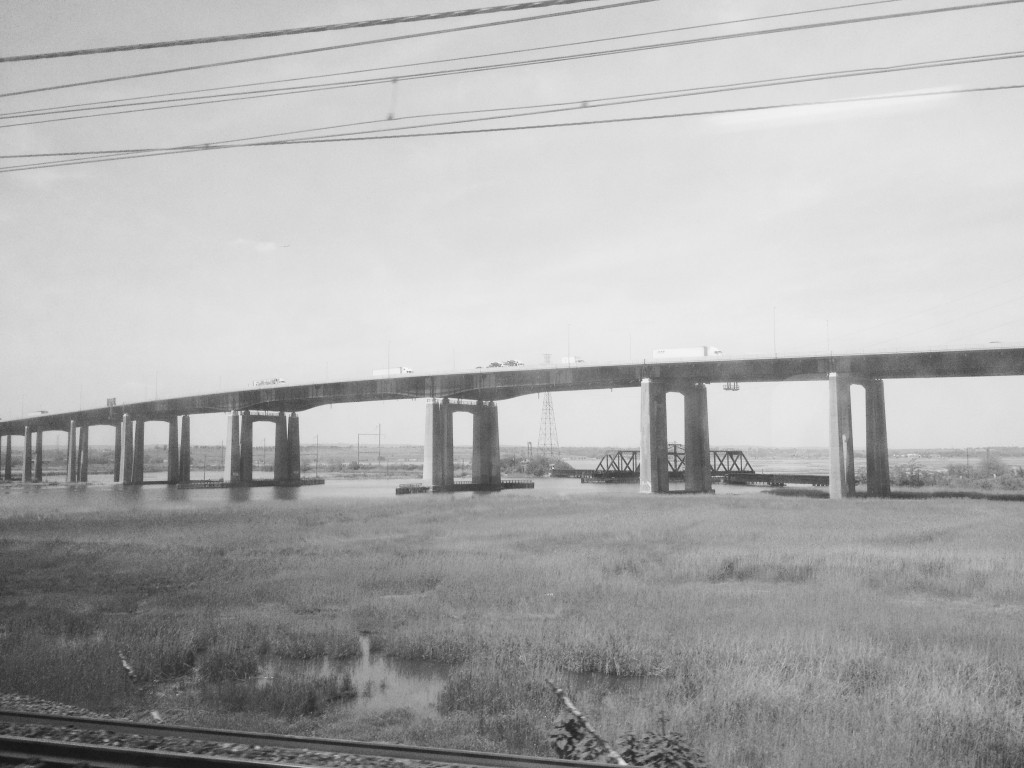 “Why do we build the wall, my children?” growls Hades, king of the underworld, in Anaïs Mitchell’s folk opera Hadestown. This demon is a slick business guy, a billionaire steel tycoon who sings in an oily, impassive bass. The response comes from a thrawn chorus of the desperate and the damned. ”Because we have and they have not/ because they want what we have got/ the enemy is poverty/ and the wall keeps out the enemy/ and we build the wall to keep us free.” Hadestown opened in a new off-Broadway music theatre production just as Donald Trump detailed plans for a multibillion-dollar wall along the US border with Mexico. Mitchell wrote her song a decade ago, but its resonances right now are inescapably loud.

“People have actually been asking whether I think it’s a good thing for the show’s box office that Trump is doing so well,” she admits a few days into the run. We’re in a cafe near her home in Brooklyn, eye-blearingly early one Saturday morning — she’s been a busy woman since Hadestown opened and created a bit of a stir. She frowns down into her coffee. “Uh, no. Trump is not good for anyone. I want to make it explicitly clear to our friends across the pond that we are deeply shamed by all this.”

Mitchell is a 35-year-old folk singer and composer from small-town Vermont. She has a high voice that tugs and toys, a twisting, husky guitar sound, a knack for beguiling melodies and smart lyrics and — mark of the most valid folk artists — a way of respecting old forms while making them her own. (Try the elfin reimagined British balladry of her 2013 album Child Ballads to get a sense of what I mean.) She started working on a folk retelling of the Orpheus myth ten years ago. “George W Bush era,” she recalls, “when I was just coming out of college still flying the idealistic student activist flag.” She still looks the part, folding herself crosslegged on her chair in a old pair of red corduroy dungarees.

“The Iraq war had happened in my first term and then Bush got reelected just as I graduated. And then all liberal Americans had to ask some real hard questions about what our country really is. And meanwhile I had to grow up and get a job somehow, so there was a big mashup of my youthful idealism and the real jaded world — which I guess is why the Orpheus myth chimed so well for me back then.”

She relocated the story to Dust Bowl depression time, the cotton fields and speakeasies of Dorothea Lange photographs. Rail passengers wait for a train to an underground city-state called Hadestown where there are jobs and bars and big bands. There are trade-offs, too, especially for young girls who catch the eye of the factory boss. Orpheus wants no part in it — he’s a dreamer, a bard, a charmer, convinced he can live off the beauty of rhyme and song — but his sweetheart Eurydice is lured when Hades beckons her by name. A station hobo called Hermes shows her the way down with a conspiring, weary drawl.

At first Hadestown was a loose theatre piece with some great songs and low-key narration that toured small venues around Vermont. Then came 2010’s album version with a cast of big-deal voices: Ani DiFranco as Persephone, Greg Brown as Hades, the Haden Triplets as the Fates in sassy three-part harmony. Bon Iver’s Justin Vernon sang Orpheus in his wistful, multi-sampled falsetto — a soft-grained indie take on the voice that, legend has it, tamed wild beasts and kings. Mitchell herself sang Eurydice and Michael Chorney arranged the instrumental parts with a terrific ear for space and swing. The result was potent and earthy.

Now the politics of fear and inequality and the glint of a charismatic firebrand leader makes Hadestown’s off-Broadway production conspicuously well-timed. “Sure,” Mitchell accepts. “But I’m no prophet. The wall is not a new image. It’s a powerful archetypal image, and Trump is simply tapping into that. It works and people respond to it. They hear about a wall and it makes them feel safe and strong. Unfortunately neither Trump nor Hades are un-clever.”

And the show is not the album. Much has changed, so if you loved the grit in the original you’ll need to brace yourself for some serious sheen. The new cast sings with glossy Broadway voices, phrasing locked in place, rough edges made safe and clean. The storytelling becomes faster and busier and louder and loses some of the intimacy and fragility in the process, all suggestive cracks filled up. Pacing is cranked high and that means that the band — a superb collection of musicians usually more inclined to playing jazz or experimental improv and driven by the brilliant New York drummer Ben Perowsky — doesn’t have much space to breathe around the edges of the songs. The narrative gets fleshed out and spelled out to the point of blatancy via Hermes (a straight-talkin’ Chris Sullivan, best of the cast), but on the flip side we do delve deeper into the relationship between Hades and Persephone, which becomes richly flawed and fraught and tender.

The most emotionally striking moments are the rare quiet ones: when Hades deliberates over whether to let Eurydice go and darkly contemplates strategies of Machiavellian power (“damned if you do, damned if you don’t/ the whole damn nation’s watching you”). Or the crux of the drama, when Orpheus crumples with doubt and turns to check whether Eurydice is still behind him. It’s a  powerful choice to play out that gesture in sudden silence.

“There was quite a bit of… push-and-pull,” Mitchell acknowledges with a diplomatic shrug and a grin. “Tempos were a particular battle ground: the band loves things to be slower so the instruments can stretch out, while the actors want to keep things super upbeat so the audience doesn’t drop out.” But she’s also sanguine about the compromises needed to make the show work as a mainstream hit. And it is working. There’s talk of extending the run, of shifting to Broadway proper, of touring internationally. Will she write another theatre piece? “Already started!” she winks, gathering up her backpack to head out to her next meeting. “Though hopefully the next one won’t forecast some new politic horror. I’ll try to keep it sweet.”

Hadestown is at New York Theatre Workshop until July 3