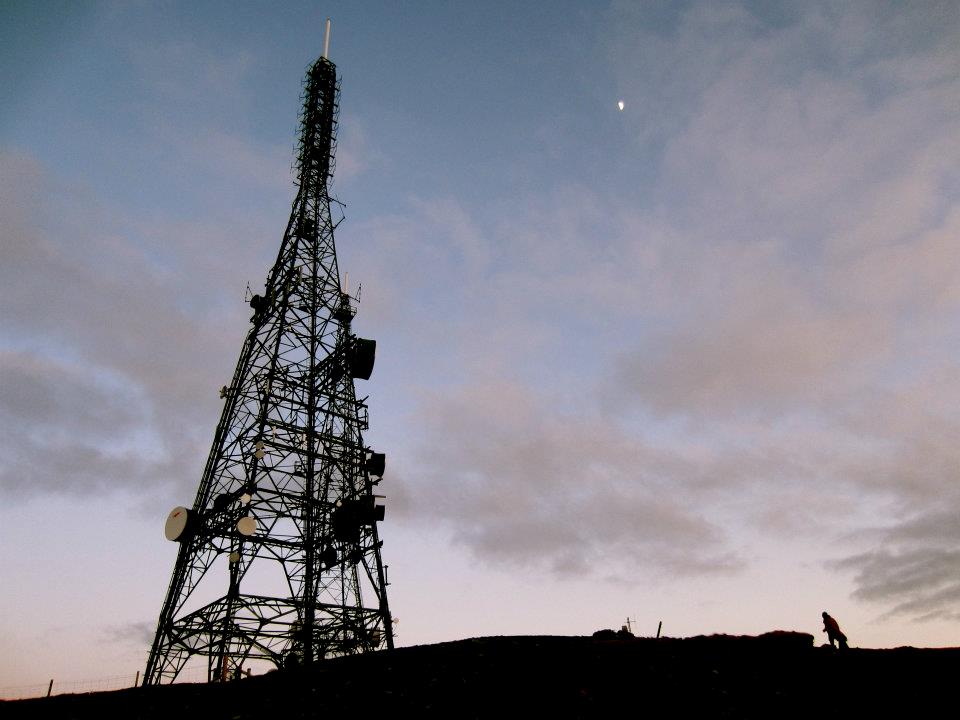 First published in The Herald on 25 November, 2015

Chris Stout is hunched over a vocal score, fiddle set down beside him on the lid of a Steinway grand. The Shetland folk musician is arguing the case for a rougher kind of energy: “you should be firing out the lines at this point,” he urges a quintet of opera singers, who seem more immediately preoccupied with figuring out cross rhythms on their fingers. This is Hirda: an ambitious new chamber opera in broad Shetland dialect with libretto by the playwright Siân Evans and score co-composed by Gareth Williams, who also conducts, and Stout, who also plays fiddle in the band. When the piece premieres in Lerwick tomorrow it will be the islands’ first ever opera in home tongue. “Du tinks dat du can turn up an turn on da charm?” one characters quips to another. “Du hisna changed since du wis a peerie boy.”

I’m visiting the Hirda rehearsal studio at the end of several long days of workshops, and as the team wrap up the final session they admit that the process — amalgamating classical singers and instrumentalists with Stout’s roaming fiddle lines — has been tough. His part is written in the score, intertwined with the rest of the ensemble but separate enough to leave room for him to go off on a whim. He’s the first to admit that he plays it differently every time.

“Working with Chris has definitely loosened me up,” Williams says as the pair debrief in a cafe. “What he does in the moment is amazing, and I want to leave room for that, but it’s tricky at this point because there’s ensemble business to be taken care of. Sometimes I feel like my job as conductor is to suck all the joy out of this — ‘no, Chris, don’t be enjoying that now!’ Frankly it’s futile anyway. Conducting a fiddler is like herding cats.” Both men laugh, and cringe. “Ha!” says Stout. “It’s more like, ’who’s gonna win, your hand or my foot?’”

The notion of jointly composing an opera is intriguing even before adding any cross-genre approaches. How to collaborate on a creative process that is interior, non-linear, illusive at the best of times? “It doesn’t necessarily start with the first dot on the page,” says Williams. “We had to build up trust,” adds Stout, “and that meant drinking many pints together.” Another cringe. “Of course the folky had to be the one to bring up pints, eh?”

In fact the pair have known each other for decades, having met in their 20s while both were studying composition at the Royal Conservatoire of Scotland. Their worlds weren’t so many miles apart: Stout’s formal training was classical, while Williams spent years as a bar singer and pianist and his scores happily borrow from pop, folk, jazz and other styles.

The idea for them to work together came from James Robert Carson, director of Hirda and founding director of the NOISE initiative (New Opera In Scotland Events) that commissioned the piece. The Glasgow-based company aims to create new, nimble and site-specific opera with a mission to seduce new audiences to the form. Its first full-length opera, the Sloans Project, premiered in a Merchant City pub in 2011. Hirda is the second.

“NOISE wants to get away from what opera is perceived to be and especially from who usually turns up to see it,” Williams explains. “70 per cent of the Sloans audience was experiencing opera for the first time. I’d attribute that to the venue and to what was being sung about. A Glasgow pub was one extreme; rural Shetland is another.”

‘Hirda’ is a Shetland term, surely onomatopoeic, for chaos or confusion. The story tells of an actor who returns to the islands for his brother’s wedding and finds himself attracted to his new sister-in-law. Also woven into the libretto are 19th century letters written by men at sea to lovers back on shore — men who often came home to find somebody else in their place. The piece lasts for 90-odd minutes in two acts. “It’s my first interval!” Williams notes with some pride. “Interval?” Stout glances at him, bemused. “It’s my first bloody song! I’ve written a few tunes, but never written a song.” And yet — from what I’ve heard so far — it’s Stout’s language that defines the score, both his linguistic and musical dialect. “I refused to be part of a project that felt like we were bringing opera to Shetland with a kind of colonial mentality,” Williams agrees. “It’s the opposite. Opera needs places like Shetland in order to explore outside its comfort zone and tap into other traditions. We should be making a genre called ‘Scottish opera’. That can’t just be the name of a company.”

Besides, he adds, Shetlandic works wonders for singing. “To hell with RP, enemy of musical character. We’re making chamber opera here so we don’t have to cut across big auditoriums and orchestras. We have the luxury of being able to draw people in with the richness of the language.” Stout says it’s all about clinching the rhythms. “Shetlandic is full of ‘du’s and ‘dat’s, so we can really use the consonants as rhythmic devices. Opera singers don’t tend to use their voices that way as much as folk singers do, but the music sounds earthier when they do.”

Later, the conversation drifts on to whether Hirda is part of a broader collaborative zeitgeist happening in Scotland between classical and traditional musics. The number of big-institution initiatives suggest that it is: think of the RSNO’s latest Alchemy project, which saw orchestral musicians improvising alongside fiddler Aidan O’Rourke, or Nicola Benedetti opening Celtic Connections 2014 with Aly Bain and Duncan Chisholm, or indeed Grit opening Celtic Connections 2015 with classical string players hammering out Martyn Bennett techno beats flanked by pipers and folk singers.

Stout acknowledges a shift. “I only have to think of the number of classical string players in my phone who I would call up to play music with. There’s less feeling of hierarchy than there used to be. Scottish culture is so important right now and I think it’s inevitable that classical musicians are curious.” What’s behind it? “Everything from Celtic Connections to formal degrees in folk music. If you put everyone under one roof [at the Royal Conservatoire of Scotland] it’s bound to help build bridges. There’s also the work done by pioneering folk musicians 30 or 40 years ago. It’s been a long, slow progress and suddenly we’ve hit the crest of a wave. The folk world had to achieve musicians who were dynamite, who could deliver the same standard of performance as classical musicians. Now that’s happened, and the result is a more level playing field.”

Williams and Stout both balk at the term ‘crossover’, which they’re adamant Hirda is not. “Opera is just sung drama,” Williams shrugs. “A musical universe. Kind of like theatre, kind of underwater because it moves a bit slower. The only problem is convention. Wagner told opera what it was and the world believed him. It could be a million other things. It could have a fiddle in it.” Stout is nodding vigorously, slapping the table in agreement. “Exactly,” he says. “People in programming jobs take great delight in talking about the collision of two worlds, but that in itself doesn’t serve anyone. It’s just a momentary round of applause. Look,” he concludes, ”I’m not saying we’re creating anything amazing here, but by exploring grey areas at least we’re moving forward. We should strive to not be able to hear the joins.”

Hirda is at Mareel Arts Centre, Lerwick, on 26 November; Haroldswick Hall on 27 November; Vidlin Hall on 28 November; Sandwick Hall on 29 November; The Queen’s Hall, Edinburgh, on 3 & 4 November and Drygate Brewery, Glasgow, on 7 & 8 December