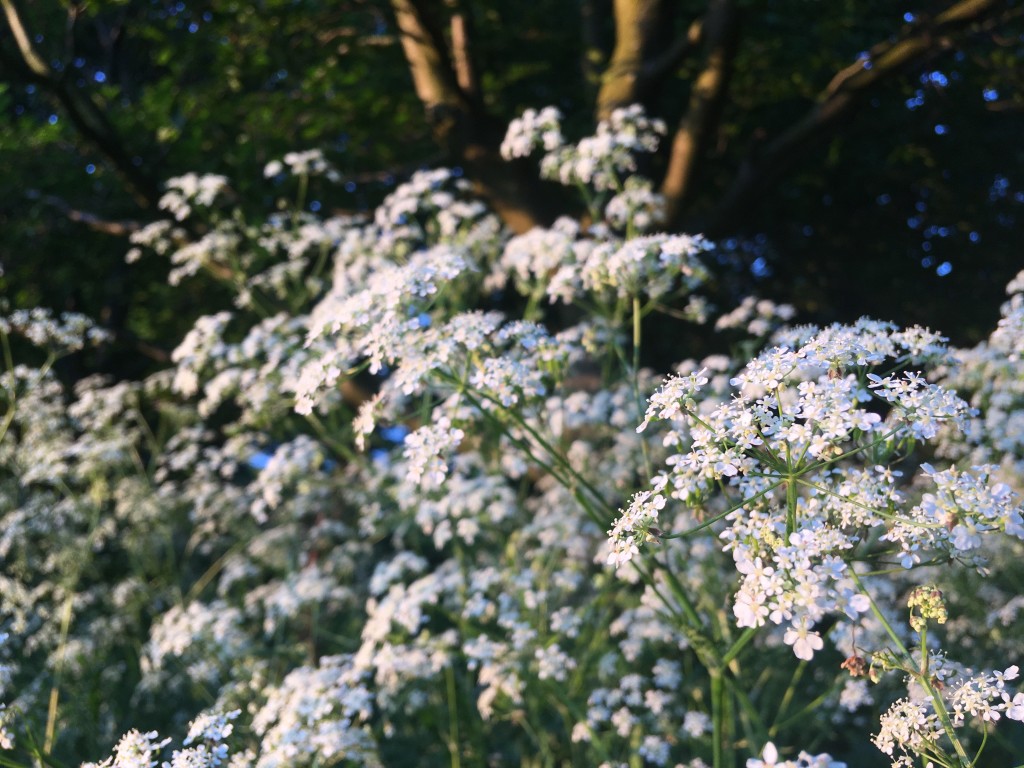 Danielle de Niese is doing at least five things at once. Mainly she is telling me in animated detail about the psychodynamics of Don Giovanni’s relationship with Donna Elvira, but she’s also singing the entire cast, rapid fire, covering Mozart’s opera from overture to hellfire in about two minutes flat. Meanwhile she’s demolishing a plate of calf’s liver, texting her husband to say she’s running late and applying a generous new layer of makeup to her eyes. “Girl!” she exclaims when I admire her ability to do so without a mirror. “I grew up in Los Angeles! I’ve been multitasking forever! Lipstick at the wheel, eyeliner in traffic jams, mascara at the lights…”

An hour in the company of Danielle de Niese is as high octane as the operas she inhabits. She is loud and unfiltered. She’s funny and warm. She agreed to meet our photographer for an informal shoot before the interview, yet when I arrive at the private members’ club in Covent Garden she’s in full glamour mode, draped across a sofa in fur coat and black cocktail dress. “Honey!” she greets me with a wave of a hand, ignoring my t-shirt and trainers. “This is my informal look! I would dress like this any day of the week.”

She is, by her own design and designation, a diva. “I make sure that everything reflects who I am,” she says, shifting from sofa to dining table and ordering the richest dish on the menu. “This is totally me. I’m such a girly girl! The dress-up box is where I first found myself at the age of five. But it’s a balance, getting the gowns right. Of course you want a gown to reflect who you are, but you don’t want it to be everything people look at. Since Cleopatra, you see, there are always questions about my beauty…” the food arrives and she trails off to manoeuvre a forkful of liver.

De Niese has been on stage since before she hit double digits. By her early teens her career spanned dance, music theatre, opera and TV. She hosted an arts show at 12; debuted at New York’s Metropolitan Opera at 19; was the voice of Ridley Scott’s Hannibal at 21. But her true ‘star-is-born’ moment happened at Glyndebourne in 2005 as Cleopatra in David McVicar’s staging of Handel’s Giulio Cesare. By this point she was 25, a hot-tipped young lyric soprano, and the unguarded intensity with which she moved, sang and breathed sensuality into the role sent the press home breathless. The Telegraph declared her ‘the diva who put the sex into Sussex’. And if that production was a turning point in her career, it was also when she got to know Gus Christie, Glyndebourne’s heir and Executive Chairman, whom she married four years later. Now she’s lived in the verdant South Downs for nearly a decade, and her accent roams between valley girl and lady of the manor, sometimes within the same word.

“Oh yah, Cleopatra was for me what Titanic was for Kate and Leo,” she nods. “It was epic and we all knew it. People started visiting our rehearsals. New York started calling before we were even up. The buzz was amazing. Sure, it was rare to do Handelian coloratura while dancing. But I think what people responded to was how connected we all were, the whole cast, physically and vocally. We allowed ourselves moments of great danger.”

The tremors were long-lasting. In 2013, de Niese happened to be visiting her parents in New Jersey when she received a call from Peter Gelb at the Metropolitan Opera. Natalie Dessay was ill. Would she stand in as Cleopatra that night? “I had literally five hours,” she whispers, eyes widening. “No rehearsal. Harry Bicket came to me and said, ‘let’s just do this’.” Somewhere between frantic costume fittings and curtain-up she confided to her Twitter followers: “Jumping head first into a running show without rehearsing w/ cast or orch. #iMustBeCrrrrrazy! May the gods be w me. & the force too!!”

It seems that De Niese needs no external force; whatever internal source she’s tapping is ample. “Cleopatra takes four steps then turns to the audience,” she recalls of that New York performance. ”I remember taking every one of those steps and then stopping, and realising it was a totally do-or-die moment. So I just took an enormous breath, and I sang.”

Where does it come from, this apparently bulletproof confidence, this capacity to overpower the most nerve-shredding exposure? “I never felt self-conscious of my body or anything,” she shrugs. “I was always just me. People who know me say I’ve been the same forever. When I went and did auditions I would be nervous as hell, but I’d be natural.”

She admits to fierce personal ambition, but attributes the bulk of her success to the remarkable commitment of her parents to provide anything necessary to enhance her career. They were Sri Lankan immigrants in Australia, where de Niese was born, but they moved to Los Angeles when she was ten to allow her more opportunities. “They sacrificed everything so I could have access,” she says. “They had this incredible foresight — they didn’t want me to wing anything.”

“My mum is the single most important influence in my life. She’s not a professional musician but she is the most musical person I know. When I was tiny we’d sing through pop songs together. She taught me how to interpret music, how to feel something and make it your own. I absorbed that concept at the age of 5, 6, 7. I understood that music is about how you take something off the page, how you bring it into your body. That’s why all of the elements of my career  — singing, dancing, acting, presenting — they all add up to what I do on an opera stage. My body is a canvas. My face is a palette. I’m always pulling out as many brushes as I can to incarnate a character in as many dimensions as possible.”

One of de Niese’s latest off-stage projects finds her returning to the role of BBC television presenter. This comes after the popular Diva Diaries (a behind-the-scenes documentary about her preparations to sing Susannah at the Met) and Danielle de Niese: The Birth of an Opera (about Glyndebourne’s production of ll barbiere di Siviglia). Now she’s fronting a documentary that doesn’t revolve around a role she’s singing, but explores the life of five female composers. What’s her approach? “Well,” she draws a deep breath, “it’s very easy when you’re bringing women out of the woodwork to make it seem like they were hindered by men. Actually we’re trying to say a lot of things about society, about the perception of women… why these potentially great composers didn’t have the tools to flourish.”

The documentary covers 1000 years: Francesca Caccini, Clara Schumann, Florence Price, Elizabeth Maconchy and starting with Hildegard of Bingen. “I love Hildegard for so many reasons,” de Niese tells me, conspiratorially. “For starters, she wrote the first documented description of the female orgasm.” Is that covered in the documentary? “Hell yeah! It was the very first scene I shot! I read out the quote, all like, ‘when a woman is making love with a man…’ which I also think is great, by the way, because she doesn’t say ‘when a man is making love with a woman.’ Isn’t that just so sexy and so rad?!”

What does de Niese consider the best strategy for redressing the gender balance in the music industry today? Does she believe in quotas? “Huh. Interesting question,” she ponders briefly. “If you can’t find enough female composers or directors, you can’t just run around and pick random people. I would never work with someone because they’re a woman and I’d never work with someone because they’re a man. I’d work with them because they’re great. It’s about giving people access, and exposing the stories of women who have already done the trailblazing. That’s what we’re doing in this documentary.”

“I’ve always been a kind of genderless person,” she adds. “Everything based on value and merit. If the repertoire speaks to me, like Alma Mahler’s songs, then great. But I would never sing a woman’s music just because it’s by a woman. I suspect most women would say the same.”

She might consider herself ‘genderless’, but recently de Niese has had to accept the impact of becoming a mother. I don’t just mean time off and travel logistics: in the two years since giving birth to her son, Bacchus, her voice has changed. It has “got thicker and wider,” she says. ”That’s the only way I can explain it. Like my face got bigger. Is that even possible?” She calls to her manager at the adjacent table for a second opinion. He agrees: her voice is moving away from baroque soubrette — clear in Handel, light and silvery in Mozart — to something with considerably more weight.

For the diva who has always done things her way, always got her way, having to take instructions from her body has enforced a rare period of reflection. She is giving the voice plenty of breathing space while considering her best repertoire moves. She mentions Massenet’s Manon, and the Duchess in Thomas Ades’s Powder Her Face. “And I’m in love with Don Elvira,” she says; she debuted the role in Dresden last year. “People make her into some clingy, needy, obsessive, clueless kind of person, but I refuse to go there. There’s a throw-away line in which she talks about her three days with Giovanni. And I’m like, three days? Not one day? Obviously she had a major pull on him! Not such a loser after all!”

She finishes her meal. She’s supposed to be meeting her husband ten minutes ago, and she dives into her handbag to find eyeliner. “Actually,” she says, tugging on an eyelid, “I wonder what it would be like to direct a Don Giovanni…” Now there’s a thought. Will directing be the next addition to her portfolio career? She laughs. “Oh, I wouldn’t bank on it…” What she is planning is a return to her beloved music theatre repertoire, which she put on hold in a conscious effort to be taken seriously by the opera fraternity. “I’m ready to go back to it,” she grins. “I don’t think anyone is going to say I’m not a serious musician now. But I did my time to earn that.”