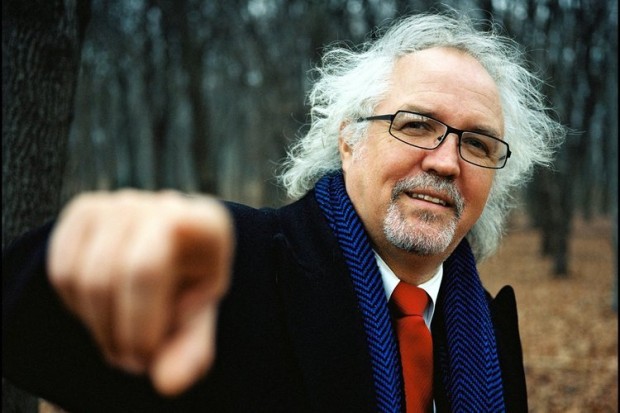 This week the BBC Scottish Symphony Orchestra perform one of the great behemoths of the orchestral repertoire: Mahler’s last complete symphony, his Ninth. It’s a work of huge, complicated and devastating emotion – the composer Alban Berg called it “the expression of a tremendous love for this earth, the longing to live on it peacefully…”

Certainly Mahler had death on his mind while he was composing the 90-minute score in 1909-10. His four-year-old daughter Putzi had recently succumbed to diphtheria and he himself had been diagnosed with a fatal heart condition; he died in 1911 without ever having heard a full performance of Ninth. Four huge movements shift through serene resignation, bitter-sweet nostalgia and brutal nihilism; the final retreat into silence speaks of either bleak despair or miraculous transcendence, largely depending on the state of mind of the listener and the performers. Either way, a good account of the Ninth should leave everyone in the concert hall feeling utterly pummelled.

So what’s the role of the conductor in all this? How is it possible to tap into the profundity of the emotions involved, to summon matters of life and death, while navigating the mechanics of a vast score? For Donald Runnicles, the BBCSSO’s chief conductor and the man at the helm of this week’s performances, it’s not so much a question of ‘interpreting’ as ‘channelling’.

He’s in Atlanta when we talk, and although there are several weeks and several other orchestral programmes to get through first, the Ninth is already preoccupying his mind. “I need to let it percolate,” he tells me, “instead of just swatting up a couple of days before. Swatting wouldn’t get you far with the Ninth.” The Edinburgh-born conductor is at his best with the Germanic long-form – he’s a Wagnerian, a Straussian, indeed a Mahlerian – so if even he is awestruck by the epic nature of a work, you can be sure it’s serious.

The period of percolation often begins with a fresh score. “No matter how many times I’ve conducted a work I find that looking at a new copy can prompt new insights – otherwise all I can see are my old markings.” Is it fair to say, then, that the interpretation he brings to a performance will reflect his current mindset rather than his accumulated history with the symphony?

Yes and no, Runnicles replies. “It’s not that I’m self-consciously imposing my reading or projecting Maestro Runnicles. As I get older it’s less a case of ‘how can I interpret’, more a case of ‘how can I shine light’ on this work. It’s all there in the score. Mahler was obsessive about detail, and as a great conductor he knew exactly how an orchestra works. I just need to be a conduit.”

In which case, the question is how he puts himself in the correct state of mind to be that conduit. The answer? A ‘mini meditation’. Before a concert, Runnicles finds a quiet corner for – a “moment of Zen” during which he focuses on the work. “I reflect on the great sorrow that Mahler knew during his life. His daughter dying, his own illness, the terrible anti-Semitism that resulted in him resigning from the Vienna State Opera.”

“The same existential issues crop up in every Mahler symphony. When I reflect on them I relate on a personal level to what I have experienced: I think about the death of friends through illness or accident, and I hope that my own joy for life is communicated as I conduct. To be honest, I don’t think that anyone has a right to conduct this music if they can’t in some way relate to what it is saying.”

The pair of waltzes that make up the Ninth’s second movement have long puzzled listeners: are these strange pastiches simply Mahler’s use of irony to mask the pain? For Runnicles they are spectres, nostalgic for a bygone Vienna of the 1890s, a little like Ravel’s heady La Valse. “The swirling indistinguishable couples are Mahler’s reflection on a world that he loved and that became increasingly fragile. It’s tempting to see 1914 in the score. Great composers had antenna that somehow picked up on cataclysmic events, like cats predicting an earthquake. Mahler loved Vienna more than he loved any other city. But the anti-Semitism, his stormy tenure at the Opera, the catastrophe that was about to happen – all that is swirling around in his vision of the city.”

Then there is that final silence. The symphony closes with perhaps the greatest fade-out in classical music – long, fitful minutes that gradually trail off into dense oblivion – and the silence that follows (provided some over-zealous audience member doesn’t volunteer a moment-shattering ‘bravo’) should be heavy with everything that has accumulated through the preceding hour and a half.

Runnicles laughs when I ask how he summons such a silence. “If everything goes according to plan then the silence creates itself,” he says. “The intention has to begin long before the moment. This symphony is a vast emotional arch. I need to plant the seeds in the very first movement. One thing’s sure, though,” he adds. “I never feel like I’m holding a silence for dramatic effect. In the moment it feels like the most natural thing in the world for that silence to sound louder than any note.”

Often Mahler’s Ninth Symphony is programmed on its own; after all, what can be added to a work that encompasses the entire gamut of a man’s experience? But in this week’s concerts, Donald Runnicles opens with Arvo Part’s Cantus in memoriam Benjamin Britten and will perform the two works without a break. “It is possible to put a listener in a certain frame of mind by preparing them with another work,” he says.

Benjamin Britten was a great fan of Mahler’s music. “They shared a need for transparency, exactness and clarity,” says Runnicles. “The Cantus is quintessentially Part, and he in turn thought very highly of Britten as a man and a composer. Britten’s pacifism led him to be an outcast, a non-belonger, and that certainly relates to Mahler. The very first note of the Cantus is a bell on the same note on which Mahler’s symphony whispers into being. So the meditation, the contemplation, the seeds for that resounding final silence, all that will begin long before the first note of the symphony has even sounded.”