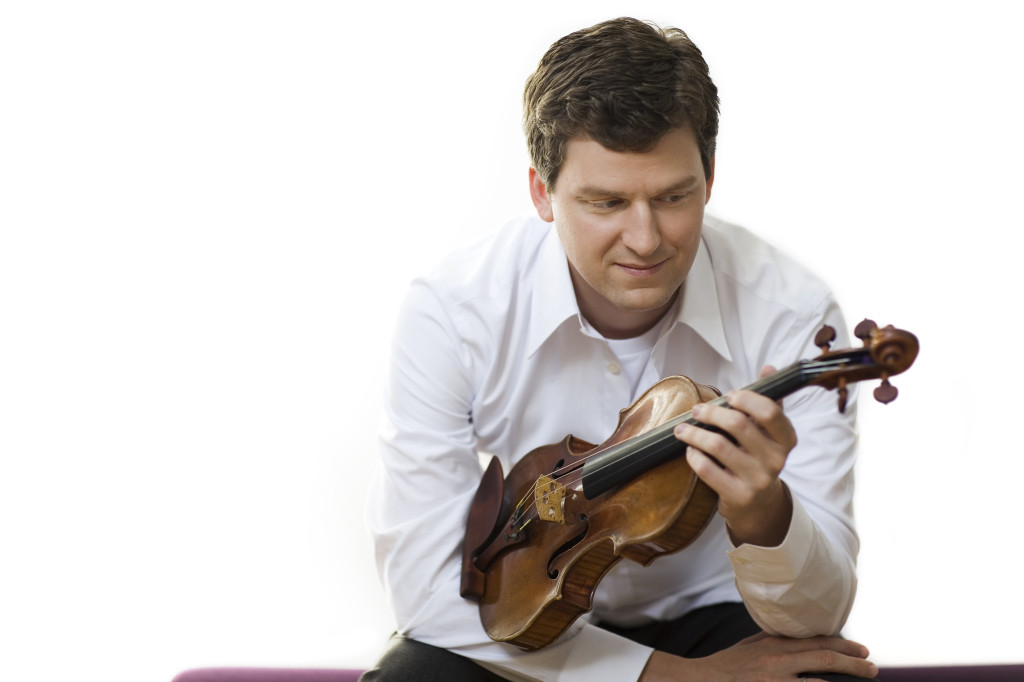 “Music is Life,” wrote Carl Nielsen, farmer’s son who became Denmark’s greatest composer, born 150 years ago this June. Nielsen’s music is the best defence for such such a superbly bombastic statement. Symphonies that surge with a wild, boisterous energy; rhythms that are oddball and angular; sudden segues launched without warning or excuse — these idiosyncrasies are uplifting, energising, organic and above all human. Here is a composer who doesn’t soften his rogue edges into any kind of palatable middle ground, whose music celebrates the motley-ness of its various parts. Each orchestral instrument is heard as itself, not amalgamated into an easy blend, and if the resulting textures are sometimes chaotic, the happy mess of diversity is surely a message for our times. “Life is indomitable and inextinguishable,” he wrote; “the struggle, the wrestling, the generation and the wasting away go on today as yesterday, tomorrow as today, and everything returns. Once more: music is life, and like it inextinguishable.”

Nielsen’s 150th coincides exactly with that of Jean Sibelius. Perhaps this is a shame, because it’s too easy to package these dual totems of Scandinavian post-romanticism together into one picturesque, pine-forested image. True, both played significant parts in the Nordic modern wave of the early 20th century, their new visions of art, identity, nationhood and human nature emerging alongside Strindberg, Ibsen, Munch and others. But each was his own composer; each was absorbed in his own unique soundworld. Sibelius’s epic natural portraits are probably easier to love, and certainly his great Violin Concerto is umpteen times more popular than Nielsen’s. “I’ve often suggested the Nielsen concerto to orchestras,” says the violinist James Ehnes, “and I’ve usually had a similar response: ‘lovely idea: how about the Sibelius?’”

So when Ehnes performs Nielsen’s Violin Concerto with Thomas Sondergard and the Royal Scottish National Orchestra in Dundee, Edinburgh and Glasgow this week, it’ll be only the third time he has tackled the work with an orchestra during the ten years he has known it. From a musician whose discography numbers nearly 40 and whose core repertoire is rooted in Nielsen territory — late romanticism and an early 20th century north-central-east Europe axis of Bruch, Bartok, Prokofiev, Shostakovich and more — it might come as a surprise that Nielsen isn’t a regular feature.

“Well,” says Ehnes, pausing for a moment to gather his thoughts, “there are certain pieces that I could listen to day after day. Others I love equally, but I don’t need to hear them so often. The Mendelssohn probably comes in the first category, the Nielsen in the second.”

Nielsen wrote his Violin Concerto in 1911 during a stay at Edward Grieg’s summer retreat at Troldhaugen — imagine a pristine spot just south of Bergen, simple wooden house perching at the edge of a fjord. Nielsen had been invited to spend the summer there by Grieg’s widow Nina, and despite the glorious surroundings he fretted deeply over his work, writing home to his wife  Anne Marie that “it has to be good music and yet always show regard for the development of the solo instrument, putting it in the best possible light. The piece must have substance and be popular and showy without being superficial. These conflicting elements must and shall meet and form a higher unity.”

Higher unity? The structure of the score is notoriously loose, almost freeform — a reason sometimes cited for its rare appearance on concert platforms. Nothing stands still in this music; there’s a sense of unruly spontaneity and blow-by-blow storytelling that’s thrilling when done right, but ‘unity’ probably isn’t the obvious word to describe it. “The violin part is treacherous,” Ehnes describes, “and the piece takes all these unexpected directions. It begins turgid and dramatic; it goes through pastoral passages and it ends up totally tongue in cheek. It sounds bizarre when I stand back and describe it like that, but in the moment it makes absolute sense.”

So what’s the trick? How does a performer hold it all together and carry the listener along this bizarre journey of the unexpected? “I guess it comes down to telling stories,” Ehnes replies. “And aren’t the best stories often the weirdest ones? Think of a dream that unfolds organically while it’s happening, but in the retelling afterwards seems totally nonsensical.”

Ehnes returns to Scotland in June, this time to play violin sonatas by Beethoven and Brahms in a duo recital with pianist Steven Osborne. It’ll be the first time Ehnes and Osborne have worked together — which surprises me, given that their unshowy, incisive musicianship seems cut from a similar cloth. Ehnes admits he has long admired Osborne’s playing from afar: “he is a very honest musician, and I always hear a great humanity in his playing. He clearly has very deep convictions but he doesn’t feel the need to impose himself on the music. I like that.” The same qualities apply to Ehnes’s playing.

They take their Beethoven-Brahms programme to LSO St Luke’s in London for a lunchtime concert broadcast live on BBC Radio 3 on June 11; the night before, they perform at Glasgow’s Cottier Chamber Project in what must be the five-year-old festival’s glitziest event to date. I mention to Ehnes the rather informal nature of the Cottier’s venue, the rough-and-ready community vibe of the festival — it isn’t quite the Barbican Centre, where he performs with the London Symphony Orchestra three days earlier.

But Ehnes is cheerfully unfazed. For one thing, Osborne has been a loyal supporter of Cottier’s from the start, happy to hammer out Beethoven sonatas on the long-suffering theatre piano in the festival’s early years (recently Cottier’s has gained a posher instrument, on lone from an audience member). “Steven told me it’ll be fun,” says Ehnes. “And small venues allow us to do things tonally that don’t always come across in bigger halls.”

And for all the glamorous international dates of one of the most in-demand soloists in the business, Ehnes knows the value of concert life outside the big halls. He grew up in a prairie town in western Manitoba, where the Winnipeg Symphony Orchestra made occasional visits but live classical music was otherwise tough to come by. One of the reasons he releases quite so many CDs, incidentally, is because recorded music was his cultural lifeline as a child.

“One of my favourite things about the UK classical music scene is that orchestras make a point of playing in smaller towns outside the main cities,” he says. “I must have played in 6 or 8 different halls across Scotland already, and I love that. Classical music is expensive, it doesn’t appeal to everyone immediately, but that’s all the more reason to make sure everyone has access to it. This music can’t exist only in big concert halls in big cities. It has to belong to all of us.”

James Ehnes plays Nielsen’s Violin Concerto with the RSNO in Dundee (April 23), Edinburgh (April 24) and Glasgow (April 25). He is in duo with Steven Osborne at the Cottier Chamber Project, Glasgow, on June 10