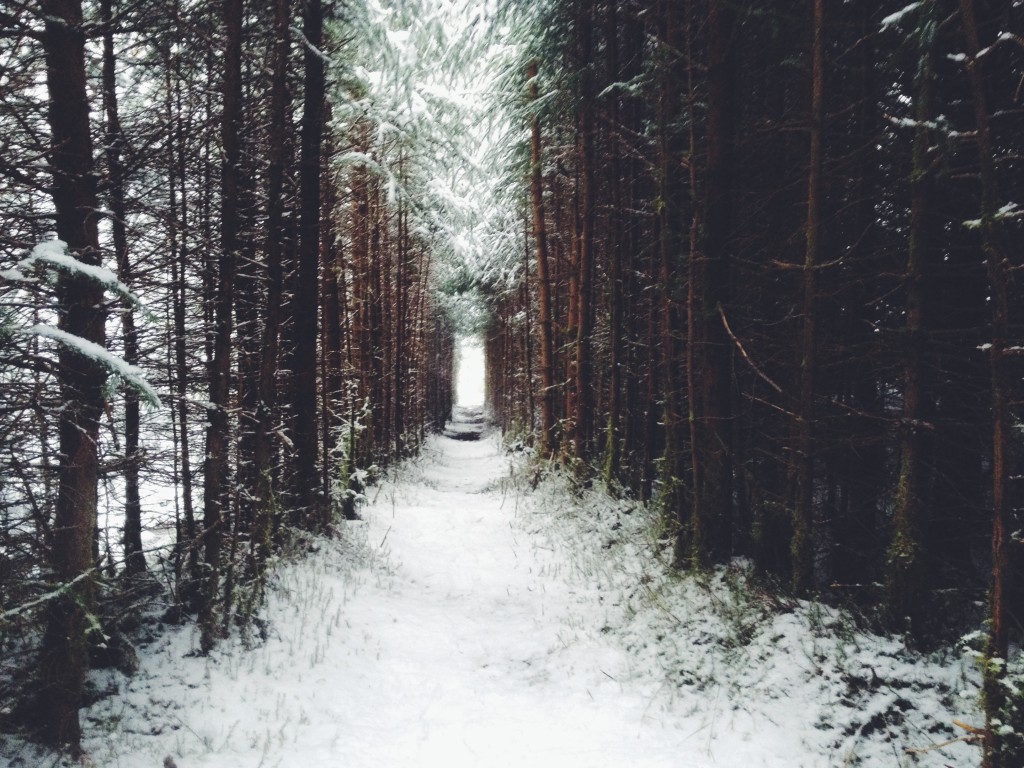 First published in the Guardian on 14 January, 2016

Hejira is Joni Mitchell’s brooding chronicle of the road. She wrote the album in 1976 while crossing the United States from Main to Los Angeles, often driving alone and without a licence, or so the story goes, tailing truckers who flashed their lights when police cars were ahead on the freeway. Hejira is also the Arabic term for Mohammad’s flight from persecution in the year 622. Mitchell’s songs examine what it is to wander: the fears and thrills of rootlessness, how liberty and loneliness can easily share the passenger seat. The music roams from folk to rock to jazz and blues — of all her great albums Hejira probably takes the longest to get under your skin, but after a few listens it lodges. That serpentine drawl, those itinerant vocal lines, the odd-time lilt and lush guitars… And then there are the lyrics.

Poet and novelist James Robertson was 18 when Hejira first came out. As he described in a recent article, “The year I bought a motorbike, left home, went to university, had sex.” He had grown up in a middle-class home in Bridge of Allan near Stirling and had never travelled outside of the British Isles, then in 1978 spent an exchange year in Philadelphia. “Total culture shock!” he laughs. “Game changer. I stepped outside of one life and was able to look back into it.” That summer he hitchhiked around North America and Mitchell’s songs have resonated ever since.

20 years later Robertson began creating his own responses. He wrote private poems, most of them never published, that shared the spirit of the Hejira songs but reshaped their scenarios to fit his own language and experience. He never really imagined setting the poems to music, or making a complete new version of the album, and certainly not a public performance. But last year a chance conversation with the director of Glasgow’s Celtic Connections festival set all that in motion.

Now, 40 years after Hejira’s original release, Robertson has created a full Scots-language “reimagining” that premieres at Celtic Connections festival on Saturday. Renamed Pilgrimer, this is no straight translation. Instrumental lines are more-or-less replicates – transcribed by Karine and Steven Polwart (sister and brother) for a band that includes the original album’s guitarist Larry Carlton – but the words are recast by Robertson’s pen. “Moved sideways,” he tells me. “Not just linguistically, but to incorporate my own life and experiences. It’s become less about Joni, more about me, and hopefully more about everyone else in the process.”

But the only way Robertson could rewrite the confessional intimacy of Mitchell’s lyrics was to make that intimacy his own. Pilgrimer is the most candid work he’s ever produced, he says. “I’m a pretty private person, but the big song on the album – Song for Sharon, which I call Sang fer Joni – well, I probably give away more of myself in that text than I habitually would. I’ve listened to Joni’s music for decades and I suppose she offered me the key to open up. Maybe it’s odd that I’m only finally getting there in my late 50s…” Sitting in a quiet cafe in wintery Edinburgh, tweed jacket buttoned and sipping hot chocolate, he looks shy admitting even this.

“In my novels I can wear the disguise of fiction,” he adds. “And in poetry I can adopt various personas.” But Mitchell’s lyrics are unequivocally first person, devastatingly direct. Even referring to her by surname in this article seems weirdly impersonal: her listeners feel they know her up-close as plain Joni. For Robertson, the way her songs self-examine has forced him to do the same. For Karine Polwart who sings Pilgrimer on Saturday alongside Rod Paterson, Julie Fowlis and Annie Grace, “Joni’s phrasing is so distinctly her. Half spoken, half sung. I would have never touched these songs in English – what would be the point? – but shifting them into Scots, witnessing the way James has opened himself up, has let me get near them for the first time.”

Even the term Pilgrimer is classic Robertson. He’s a writer steeped in Scottish history: his first novel, The Fanatic, dealt with 17th century Covenanters; his second with slavery and Enlightenment Edinburgh; his mightiest –And The Land Lay Still – is a sweeping biography of Scotland through the second half of the 20th century. Of course he unearthed the word in an obscure 16th century funeral liturgy at the kirk in Montrose. In this lyfe we are but travellouris, pilgrimaris, and strangearis, reads the line, seking for ane citie and habitatioun.

And while he acknowledges the timeliness of Pilgrimer’s migration themes, he is careful not to overstate the point. “Joni was looking for a home and never really knew where it was. In an oblique way I suppose I am reflecting what we’ve all had to digest over the past year, people being on the move for all kinds of reasons.” His version of the album’s final song, Refuge of the Road, tells of people waiting on a quay, “tryin tae read the sky,/ they were prayin for deliverance/ tae the ither side”. A storm whips up and the boat never arrives.

Mostly the songs stay closer to home. Mitchell’s ‘too far from the Bay of Fundy’ becomes ‘ower faur frae the Braes o Angus’. ‘Down and out in Memphis Tennessee’ becomes ‘doun and oot in auld Dundee’, with folk singers Annie Watkins, Mary Brooksbank and Michael Marra providing the musical heritage for Robertson that blues singer Furry Lewis did for Mitchell. The poetry is rich, reflective, unflinching. If in a blink ye could be faur frae here,/ oot on the ridges or the braes,/ whit reason wid ye care at aw/ for aw the fashes o yir days?

The toughest part was matching new words to Mitchell’s vocal lines. Robertson explains: “Scots doesn’t work like Canadian English. A Canadian can stretch a word like ‘light’” — he sings a meandering phrase to demonstrate — “but imagine the Scots alternative.” This time he scrunches up his mouth to make the tighter vowel sound of ‘licht’. “It’s a one-note option. Keeping the right number of syllables per line became an incredibly nitty-gritty process.” He jokes that for his first stab at song writing, he might have picked an easier album.

But Robertson knows a thing or two about nitty-gritty writing. Two years ago he published a book of short stories called 365: one story for every day of the year and every story exactly that number of words. He also knows about the off-kilter lyricism and beat-rhythms of Joni Mitchell songs. He has loved her music for 40 years or more and, though he won’t pinpoint quite how, has let her lyric writing infiltrate his work before now. I’m reminded of a stunning passage in And The Land Lay Still that describes life in rural 1950s Scotland: three pages of rolling, lilting descriptors punctuated by a recurring one-line refrain, just like a Joni Mitchell song.

Pilgrimer is at Glasgow Royal Concert Hall on 16 January, part of Celtic Connections