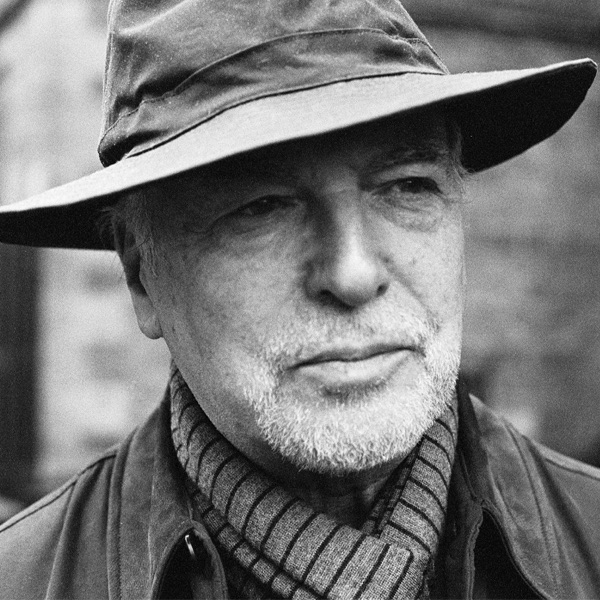 “This isn’t a job,” says the composer John McLeod, gesturing shyly around his living room and across the hall towards his study. “It’s just work that I have to do.” It’s a typical statement from the soft-spoken, self-effacing Aberdonian. A ‘job’ in the sense of plain drudgery, maybe not, but you’d be hard-put to find a more diligent worker than McLeod. I’ve come to visit him shortly before Christmas on a day when fierce weather has halted the trains and given even the most committed an excuse to call productivity quits. McLeod admits to feeling a little guilty for taking an hour out of his routine to do an interview.

Last year McLeod turned 80. In celebration, Murray McLachlan gave 23 performances of his Piano Sonata no. 5 and Sound festival hosted a special portrait concert. This week the Scottish Chamber Orchestra premieres a new work, Out of the Silence, commissioned to celebrate the 150th anniversaries of Carl Nielsen and Jean Sibelius (“fellow Nordic composers,” he calls them). In April, the National Youth Orchestra of Scotland plays a revised version of his Piano Concerto and later this year Delphian Records releases a full disc of McLeod chamber works recently recorded by Red Note Ensemble. “I’ve been trying to take a sabbatical for about five years but somehow I feel like I’ve never been busier,” he says, looking a little baffled.

McLeod started off as a clarinettist and self-taught ‘scribbler of tunes’ without much encouragement at school. He remembers “improvising little pieces on the piano and the response from Aberdeen Grammar being generally unimpressed. ‘This is all very well, McLeod, but you have to learn proper harmony and counterpoint before you start composing’. Fancy telling a child not to paint because you have to learn to art analysis first!”

He was quietly persistent and worked his way into the Royal Academy of Music in London as a clarinettist. There he plucked up the courage to send some scores to the estimable Lennox Berkeley, despite having had no composition lessons, and was accepted as a student. “The one thing you have to be is determined,” he says. “And not afraid of rejection.”

What is so striking about the way McLeod talks about music is the clarity of his intentions. He knows exactly what he is striving for, though is too modest to admit that he ever clinches it in his his own work. In 1989, when he was awarded a fellowship to the Royal Northern College of Music, he shut himself away for a year and listened exclusively to the music of just four composers: Messiaen, Birtwistle, Lutoslawski and Boulez. “Composers who I’d always found difficult to get into,” he explains, “so I wanted to study their music as closely as I could.” He describes that year as “the watershed” that determined which way his own language would go. “I had to find my own voice, but I wanted to really understand how other people did things first. And though I still haven’t achieved what I want to achieve, in every piece I try to get closer to the thing I call ‘individualism’.”

By that term, ‘individualism,’ McLeod doesn’t mean rejecting his influences or denying his roots. Rather, he means finding a unique way of distilling all of that. “And yes, the process really is distillation,” he stresses. “Because we’re alchemists, us composers. We are as human beings, too, whether we realise it or not. We all borrow from each other. If you’re open to it, everyone has something that could influence you. Even if it’s just the style of their hair” — he pauses and smiles — “though I don’t have much hair, so I suppose that example doesn’t really apply to me any more…”

The new piece for the SCO is very much a product that distillation process. McLeod was offered the choice of writing a response to Sibelius (whose Fourth Symphony is on the SCO’s programme) or to Nielsen (whose Clarinet Concerto is on the programme) or potentially to both. He chose Nielsen, because he admires the Dane’s musical unpredictability. “Something will suddenly happen in his music that pulls you off your chair. And that’s life, isn’t it? You go along and it’s all fairly routine, then something strange happens and for days afterwards everything is a little bit different.”

“So I had this idea for writing a piece,” he continues. “It sounds rather big-headed in a way, but here goes: it’s a conversation with Nielsen. Or rather, with two of his works, namely the Fourth Symphony and the Clarinet Concerto. Usually I’m quite a slow composer but this piece seemed to happen quite quickly. I suppose it was the concept. I read Nielsen’s diaries and that helped a great deal.”

McLeod describes to me the shape of the score. “It begins in silence, which is interrupted by me slowly gathering my ideas. Then more and more snippets of Nielsen come in, all leading to the first climax, which is one of the big heroic tunes from the Fourth Symphony. It’s as if Nielsen is trying to assert his ideas after my rather innocuous meanderings. The piece ends with quite a lot of unresolved arguments…” Characteristic of McLeod, passages of sturdy lyricism sit alongside chattering aleatoric writing, in which each member of the orchestra briefly follows his or her own path. Incidentally, the work’s title, Out of the Silence, was also inspired by Nielsen, “who talked about starting a piece of music and said there was a huge canvas of silence waiting to be interrupted.” Interrupted, not filled.

McLeod feels a strong affinity with Nordic composers. “Being from the north of Scotland, I feel we’re all part of this amazing block of countries. We live in a different way; we’re subjected to amazing weather conditions and social conditions. Our history is completely different from further down the map.” He describes that sparseness, that volatility. “Look at an Ingmar Bergman film. Maybe it’s the latitude, the emotional turmoil of having so much ice around and being in the dark for so long.” We both glance towards the window and the raging storm outside. It’s 2.45pm and basically dark. “No, I’m not equal to any of them, but yes, I definitely feel like I’m a Nordic composer.”