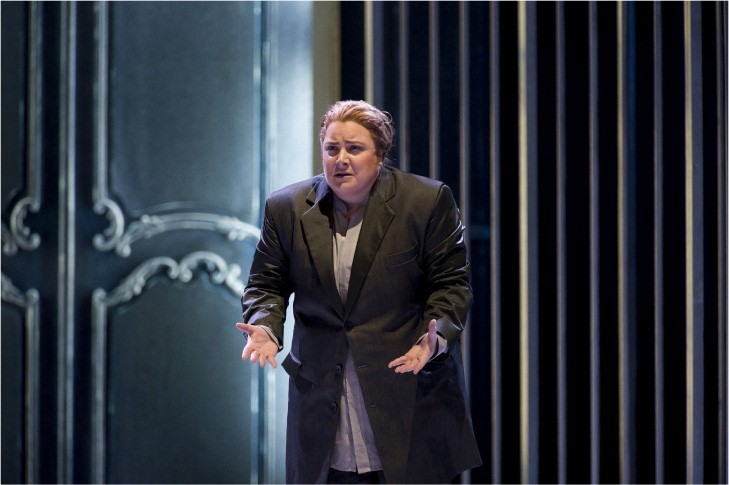 Lisa Milne isn’t one to keep things bottled up. The Scottish soprano is one of the most candid and communicative voices in the business – a musician who is able and willing to express tremendous empathy and emotional potency through music. There’s a sincerity, a rare vulnerability to her performances: she is heartbreaking as Stravinsky’s Anne Trulove, disarmingly tender as Mozart’s Ilia or Pamina, and her recent Donna Elvira in Scottish Opera’s Don Giovanni had a hurt dignity that was extremely touching.

Maybe it’s not surprising, then, that in person Milne is just as unguarded and plain-speaking. “I’ve never seen a reason to be secretive,” she says, and during our interview she talks openly about what has been a very difficult recent period in her life. Over the past four years she has suffered the deaths of her partner, her grandmother and her mother. The series of blows has forced her to cancel or turn down work engagements – “because my family comes first. When it turned out that my mum was very ill I just had to go home. There will be chances to do other concerts, but I will never get back that time with her.”

She decided to move back from the south of England, where she has spent most of her career, to Aberdeen, where she grew up but hadn’t lived since she was a teenager. “I always knew I would come back,” she says. “It’s where I’m from. It’s the right size of city for me. I belong near the sea. It’s good to be back.”

She describes singing as “an anchor” through her grieving process. Some music is now overloaded with painful association – Strauss’s Four Last Songs, for example, which her mother asked to hear shortly before she died. “But in some ways, Mum not being around has actually given me a new strength. Near the end she told me, ‘don’t you dare stop singing’. She would be furious if I stopped. I also sing for my dad’s sake. I don’t want him to see us falling apart. We need to keep some sense of normality.”

Rehearsals for Scottish Opera’s Don Giovanni began just a week after her mother’s funeral, and six months later Milne is back to a regular touring routine: abroad for about a third of the year, travelling in the UK another third, at home spending time with her father, sister and new partner the rest. “I’ve always felt happy in my own company, so no, it’s not difficult to cope with the travelling. But being back in Aberdeen has been crucial through all of this. It’s been my nucleus, my docking station.”

Milne has never fussed unduly over her voice, which is probably part of what makes her delivery so honest and so fresh. “Sure, I might try to get a hotel room where I can open a window, but generally I don’t stress about air conditioning or eating the wrong kind of cheese before a performance. I think emotional health is just as important, so I live and let live.”

She applies the same matter-of-factness to the direction that her career has taken. Mozart has always been her mainstay (she sings the composer’s Mass in C Minor with the Scottish Chamber Orchestra this weekend) and she’s also superb in Handel, Britten, Mahler and Strauss, but she straightforwardly acknowledges that she’ll never have the vocal heft to be a Wagnerian. There’s another side to her musical personality that rarely gets an outing: “my heart and soul is probably in the Delta blues,” she says, a little wistfully, “but I can’t sing it too much because that would seriously damage my Mozart voice. Maybe when I get too old for the classical stuff I’ll call myself Big Momma Milne and tour the Highlands with a wee backing combo.” Sounds brilliant, but hold that thought for a decade or two: she’s only 42 and we want plenty more of her Mozart voice first.

These days Milne is more often asked to sing on the concert platform than the opera stage, a fact that she puts down to two reasons. First off, her personal life has made her reluctant to commit to the lengthy periods away from home needed for opera rehearsals and production runs. The other factor has to do with her appearance. “I went really fat for a while,” she says, typically frank. “I was 20 stone, and that lost me a lot of opera work. It’s an image-driven industry and there were certain roles that I simply would not get cast for at that size.”

She has talked about issues around opera and image in the past. She made no secret of having a gastric sleeve operation just before she turned 40, after which she lost “a significant amount of weight. No, I wouldn’t have gone through the procedure if I hadn’t been in this job. The weight was obviously a problem for my career.” Luckily the operation hasn’t impacted on her voice, which remains as shapely and supple as ever. But Milne is concerned about the cultural imperatives that pressurised her, she felt, into what can be a dangerous operation.

“Singing used to be the last safe haven for bigger ladies. Now more and more of us are being put in the position where we have to take these decisions. I worry that a lot of talented singers won’t get their chance because of the poison surrounding obesity in our culture. I’ve had press describing me as a beached whale and a maiden aunt’s sofa. People seemed to think that because I had a layer of fat I didn’t have feelings. There’s an attitude that being in today’s entertainment industry means putting up with this stuff. It’s not okay.”

And that’s why she talks about everything that she has gone through. “We have to have open dialogue about issues that are dangerously ingrained in the classical music industry. Anyway, what have I got to hide?”

Lisa Milne sings with the SCO at the Queen’s Hall, Edinburgh, tomorrow and City Halls, Glasgow, on Friday