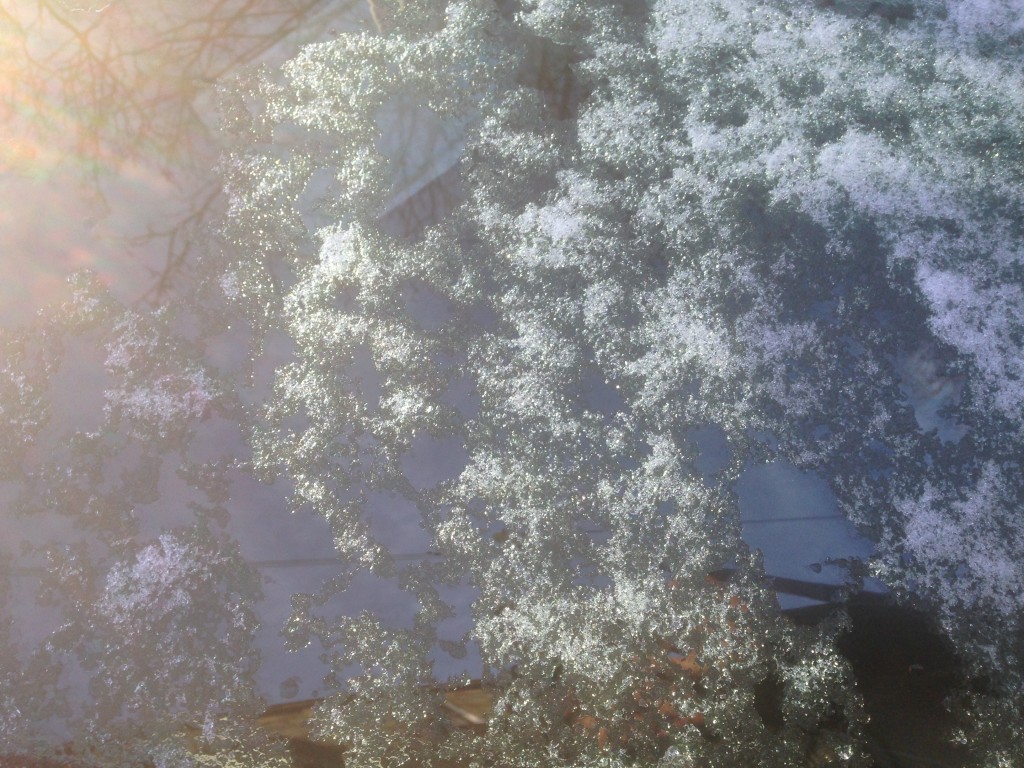 Composer Martin Suckling and flutist Katherine Bryan are old friends. They have known each other since National Children’s Orchestra of Great Britain days, aged 11 or 12, though “you never  spoke to boys then,” he teases her now, over coffee in Glasgow where he grew up and she is now principal flute with the Royal Scottish National Orchestra. It was when they graduated to National Youth Orchestra aged 14 that they started spending all of their time together. Between courses they would write letters and Bryan would send mix tapes. Both of them remember the Joni Mitchell tracks, but can’t or won’t recall anything more embarrassing.

Suckling was in NYO as a violinist but had already started composing, and one of his first ‘official’ pieces was an ensemble work for all of his friends. After some cajoling he admits it was was called Delirium. “It had a double bass doing a heart beat kind of thing and a big flute solo for Katherine at the end that went up to a top C-sharp. I thought that was very daring.” Does he still have a copy of the score? “No. Yes. No!” He studies his sandwich.

Bryan rescues him. “Basically, I’ve been bugging Martin to write me a concerto ever since then. ‘When you grow up and become a composer, will you write me a piece?’ Literally those words came out of my mouth!” Well, now he has. At the beginning of February, Bryan premieres Suckling’s new flute concerto, The White Road, with the RSNO and conductor Peter Oundjian. Will we hear reminiscences of their adolescent selves? “We both liked the same parts in Bruckner’s Eighth Symphony,” Bryan says, “so when we spoke about what the piece should involve I suggested a quote from Bruckner 8 might be fitting…” In the end that idea didn’t make it in, though Bryan jokes she’ll be playing Bruckner 8 as an encore, transcribed for solo flute.

Actually, if any flute player would contemplate such a feat it would be Bryan. Her last album, Silver Bow, was a collection of violin showpieces transcribed for flute. Massenet’s Meditation from Thais, the Romance from Shostakovich’s Gadfly Suite, Fritz Kreisler’s Liebsleid, even the ultimate violin circus act that is Paganini’s Caprice No. 24. And in concert next month Suckling’s concerto will come after The Lark Ascending by Vaughan Williams — another violin favourite that Bryan transcribed and which opens her album. “No matter how many times I hear it I can’t shake off the beauty of it,” she says. “It was my father’s favourite piece. And the Englishness of it. I’m very English. I looked at my family tree once — there was nobody who was not English!”

If you associate The Lark with lush, hazy strings and a genteel bygone Englishness, think again. Bryan is a formidably robust and forthright player, a player who articulates her expressive intent in absolutely decisive terms. And those are the characteristics for which Suckling has crafted his concerto. “When Katherine plays there’s a real storytelling aspect,” he describes. “It’s incredibly vocal, so in the piece she sings these phrases and the orchestra responds. There’s very little that is saying: ‘here, listen to this sound because it is gorgeous.’ I love that type of music and I’ve explored writing like that — in the Piano Concerto, for example [premiered last year by Tom Poster and the Scottish Chamber Orchestra].”

“But for Katherine, I wanted something different. I wanted something that said: ‘here, let me tell you a story.’ I could write for anybody and do plenty of virtuosic stuff. There’s very little virtuosity in this piece. It is about normal notes and melodies that allow Katherine to be an expressive musician. It’s not, ‘look at how fast I can go’; it is, ‘look at the range and depth of expression I can get out of quite simple music.’”

Suckling stresses that there is no narrative to the piece, or at least no overt narrative. Instead, as so often, he was influenced by visual imagery — the simple, elegant ceramics of Edmund de Waal. “I love his restrained and minimal installations where he arranges sequences of very similar white vessels. There’s a certain rhythm, delicacy, obsession. Repeated gestures happen on different scales and spacings. He builds an accumulation of intensity through quiet things. It’s contemplative and slightly disturbing, and usually accompanied by a title that opens up a whole world.”

De Waal is preoccupied with the colour white, and in 2015 published a book called The White Road in which he describes “a pilgrimage of sorts — to beginnings, a chance to walk up the mountain where the white earth comes from…”. The same year Suckling wrote a piece called Psalm for the Aurora Orchestra to perform alongside an exhibition in the Fine Rooms at the Royal Academy of Arts in London. De Waal asked Suckling to investigate what the colour white might sound like, and Suckling responded with questions of his own. “If we could hear the colour of milk and snow and clouds and sunlight, what music would it make? I decided on an oblique connection: white light refracted, scattered in a prism, echoed in a thousand different colours.”

Now his flute concerto, called The White Road after De Waal’s book, explores similar questions but from a melodic perspective. “I’m not a player who goes in for specific colours,” says Bryan. “But at the beginning of the piece, I’m playing a white, open, non-intense sound that builds to create an intense atmosphere.” “Exactly that,” Suckling agrees. They’ve been friends long enough to finish each other’s sentences. “It’s a strange place. Expansive. Hazy. It’s almost as though the piece starts after something significant has happened but we don’t know what it is. If you were watching the movie version, you would pan through the landscape and then there would be Katherine.”

The description brings to mind Cormac McCarthy’s post-apocalyptic novel The Road, I suggest, and Suckling and Bryan both nod. “I was trying to avoid that word, post-apocalyptic, but yes. A lot of unpleasant things have happened recently and many of us are concerned for the future. I wouldn’t want to declare that the piece is about those things specifically, but they do feed into the music. I supposed that’s what composers do. We produce something fuzzy out of the experience of reality.”

What makes the piece powerful, he hopes, is that “all that post-apocalyptic terror and sadness is balanced with experiences that are extraordinarily beautiful.” Suckling became a father for the second time a day after he sent Bryan the first pages of the concerto. “So there is a tension between those elements,” he says. “Music is pretty good at being able to capture feelings that are too complex and conflicting to make sense of in any other way.”

Katherine Bryan plays Martin Suckling’s The White Road with the RSNO on at the Usher Hall, Edinburgh, on February 3, and Glasgow Royal Concert Hall on February 4