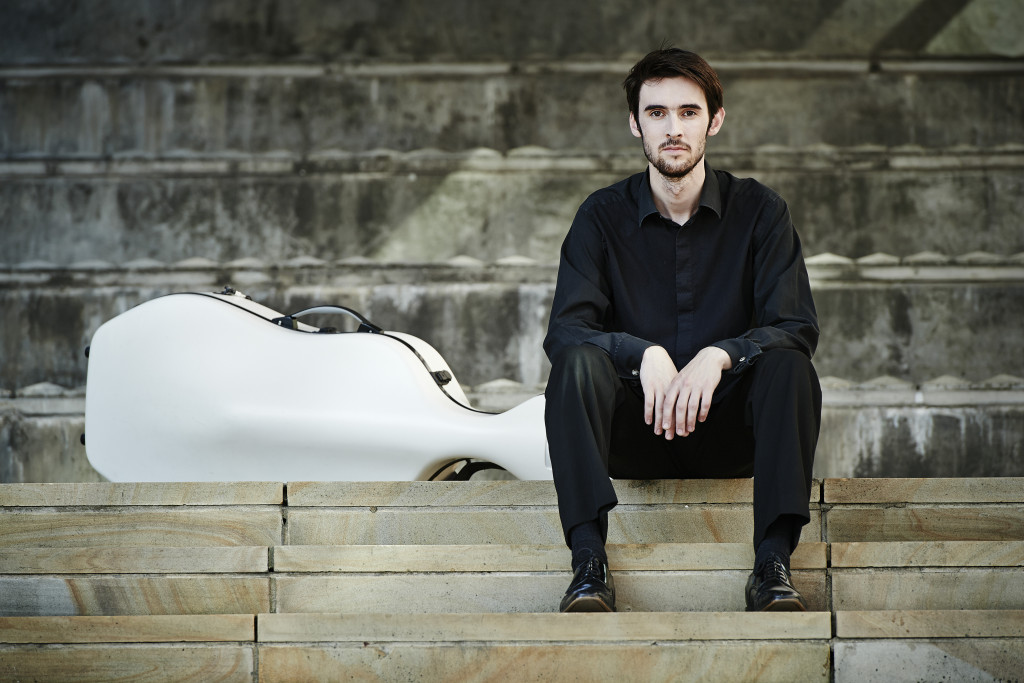 Philip Higham says the only way he could fathom recording Bach’s Cello Suites was to do it young — to do it now, in fact. The longer he left it, the more likely he might feel that his interpretation “had to be in some way definitive. I wanted to capture something of how I understood these pieces at this point in my career, with full acceptance that there is room for that understanding to grow and change in the future. Doing it now feels like there’s an open road ahead of me.”

Remarkably cool words from a 29-year-old cellist who is about to release his second solo album with music that is simultaneously the foundation and the pinnacle of his instrument’s repertoire. “Yes, there’s a lot of competition,” he acknowledges. “But everyone who plays these pieces will be aware of the weight of performance history.” Cool words, but not blasé. A more intent, fastidious, deeply serious musician you’d be hard-put to find.

We first met to discuss the Bach project back in December. I had been tasked with writing the sleeve notes, and I travelled to a church in Upper Norwood, deepest South London, where Higham and his sound engineer Paul Baxter of Delphian Records had spent the previous few days in session. When I arrived Baxter was already packing his microphones and preparing for the drive back to Delphian HQ in Edinburgh: it was the last scheduled day of recording, and all parties seemed pleased with what they’d got.

Months later I received an email from Higham explaining that he had decided to re-record the final suite on a different instrument, this time a modern five-string cello rather than the four-stringed 1697 Carlo Giuseppe Testore he had used for the rest of the suites. Such a major change meant pushing the album release date back by several months but so be it: Higham isn’t one to compromise when he knows the sound he wants.

“The five-string cello was a revelation to me when I first discovered it,” he later explained. “It is by no means just a cello with an extra string, but a different animal altogether.” He described the instrument’s brilliance and clarity, “almost more like a violin than a cello,” and an intimacy that makes it more akin to a viola da gamba than a modern cello. “When I played some of the low bass notes in the second part of the sixth suite’s Allemande, I realised I had never before been able to play them with that colour, that pronunciation. And the contrast between the various keys visited in the Prelude becomes immediately more vivid, the shape of the whole movement becoming more illuminated, like a brilliant stained glass window…”

It’s an answer — or rather, part of an answer; Higham gave me bags more detail, sadly too much to include here — that hints at the care devoted to every aspect of this recording, right down to the exact positioning of his chair. Back in December he explained why felt right to record the Bach suites in a church: “the big space,” he said, gesturing at the empty pews and high ceiling, “and the feeling of spiritual elevation, but also the feeling of it being an everyday gathering place. And this particular acoustic enabled me to play exactly as I wanted to. I felt free in it; I didn’t have to compensate for any weakness in a particular register. It helped that I was seated on a broad wooden platform just to the side of the altar. When I tried sitting in the centre of the space I found myself irrationally attempting to project to the back of the church. Being off-centre gave me more freedom. I didn’t feel I needed to project or make a symmetrical sound. I was simply playing for myself.”

And it shows. Higham’s Bach is strikingly unshowy. The first suite opens as if with all the time in the world. Allemandes are poised and light, Sarabandes unfold with a beautiful simplicity, Minuets have a slow, solemn grace. The D-minor second suite is gripping — introspective and painfully sombre — and there’s a wonderfully unforced grit to the Gigues. This is a young musician’s Bach — not because of any wild abandon or brash flourish, but a sense of unhurried marvel and exploration around every corner.

There is also, if you care to listen for it, intellectual rational underpinning every note. Higham — born and raised in Edinburgh, educated at St Mary’s Music School and the Royal Northern College of Music — was a composer and pianist as a teenager. Though he eventually felt he “could find more of a voice on the cello than on the piano,” he did admit that “it is certainly possible that the textural breadth of the piano filters its way into the way I play the cello. I can visualise harmony clearly and I always instinctively contextualise melodic lines. Bach’s suites require an enormous attention to voicing; perhaps my piano days help me out in that respect.” He reluctantly added that he does find himself looking at all music as if he “was still a composer. I love trying to get inside Bach’s mind as a craftsman, trying as much as possible to be a detective, not just a blind servant.”

So maybe it’s not surprising that although he knows this music inside out, he still chose to record it from a score. And not just any score: he referred specifically to the manuscript copied out by Bach’s wife Anna Magdalena. “The more time I spend looking at this particular manuscript, the more secrets it reveals,” he explained. “Sometimes looking at the notes as if for the first time can be revelatory. Anna Magdalena must have been a very exact draughtswoman. Bach didn’t trust many people in his life but he clearly trusted her. Her manuscript is beautiful: it makes me appreciate the shapes in the music.” And he showed me, pointing out particularly stylish bars of calligraphy, all swirls and flourish.

“Standard printed notation makes too many straight lines and solid blocks of notes,” he continued. “The quill is far more expressive. The way that Anna Magdalena writes her slurs can be baffling — often people assume that she meant this or that, but those assumptions usually come from 20th or 21st-century aesthetic notions. People look at the slurs and find they don’t seem to make sense, and assume that she must have been inconsistent, even careless. I think that has a lot to do with our modern ideas of logic, symmetry and consistency.”

Instead, Higham puts his trust in Anna Magdalena and heads gleefully off-kilter. “Sometimes following her slurs makes the bowing go upside down, and at times I find get myself into a tangle and think, ‘help!’. But the result can be much more beautiful than it might have been with more conventional bowing. Besides,” he concluded, flitting through the manuscript and stopping to shake his head over especially wondrous passages, “I should have to work. These pieces demand every ounce of what we have as cellists and musicians.”