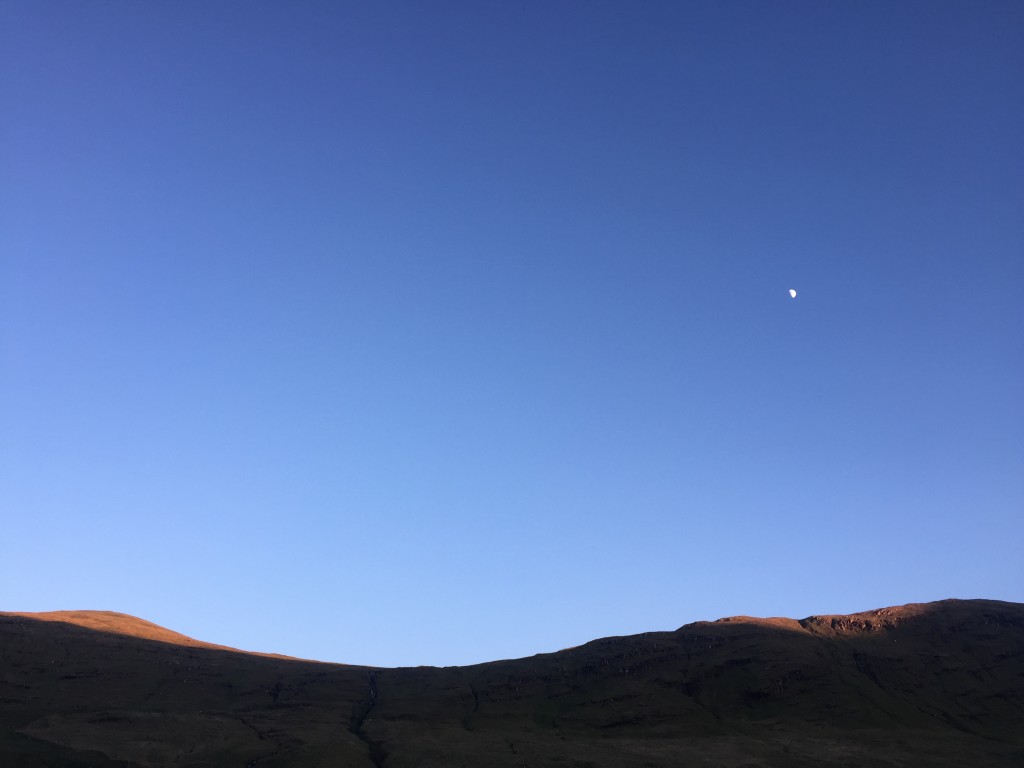 “I’ve always loved extremes,” says Steven Osborne, barefoot in his Edinburgh living room, sun streaming through the New Town windows, none of it very extreme. “I have big reactions!” he protests. “Strong passions! I have an antipathy to nice music. I just don’t see the point.”

The Scottish pianist makes me a coffee and folds himself into an armchair across the room from a compact modern grand piano. The interview was nominally arranged to talk about the summer schedule he has coming up: a visit to the St Magnus Festival in Orkney next week for a solo recital (Brahms, Rachmaninoff, Debussy) and Ravel’s Piano Concerto in G with the Norwegian Radio Orchestra; the same recital at Music at Paxton in July; the world premiere of new concerto by Julian Anderson at the BBC Proms with Ilan Volkov and the BBC Scottish Symphony Orchestra; the Lammermuir Festival in September for another solo programme (Feldman, Crumb) and a duo recital (Bach, Beethoven, Debussy, Brahms) with the cellist Alban Gerhardt.

Instead the conversation spirals in rogue, happy tangents. What’s firing his imagination most at the moment is a talk he’s giving at St Magnus Festival called What Does Music Mean? “Something that’s been niggling away at me for years,” he explains. “When I’m working on music I have this sense of meaning. That the music gives me meaning. But what does that actually, you know, mean? My dad was a civil engineer,” he smiles. “I’ve got a bit in me that needs to understand how things work.”

So what does the title of the talk even mean? For a while we dance around the nub of the subject. Let’s think of the repertoire he’s playing over the next few months, I suggest. To me, it’s a classic Osborne constellation: the Feldman and Crumb, tough American avant-gardism; the Brahms and Rachmaninoff, brawny romantic stuff; the flair and mirages of Ravel and Debussy (Osborne’s latest album has just been released on Hyperion, pairing the Ravel piano concertos with Manuel de Falla’s Nights in the Gardens of Spain).

With his engineer’s hat on, can he rationalise why he’s drawn to this particular range of composers? “Oh, that’s pretty clear,” he nods. “Everyone’s got their emotional makeup, the kind of emotional areas they feel comfortable with. Same with composers, so it’s a simple question of whether your emotional biases line up with the composers’ emotional biases.”

But as soon as the words are out of his mouth, he starts to look doubtful. “Though it can be the opposite: a composer reveals a certain emotional world that you tend to keep at arm’s length but that you know you need to touch. Alright, I’ll admit it’s not simple at all. But in some ways there’s a correspondence.”

One thing Osborne won’t be talking about in Orkney is traditional aesthetic philosophy. ”Hanslick and those guys,” he says, referencing the 19th century German music critic who argued that real music history started with Mozart and ended with Beethoven. “I found it so weird studying those musicologists as an undergraduate. Their fear of admitting that music can cause emotional reaction. That’s when you miss the point, when you try to philosophise about it. That’s when your own biases take you away from just experiencing it.”

He says he “viscerally reacts” against atonal music: he’s never been one to play much Schoenberg, Webern or Berg. “Music needs to be felt,” he suggests. “It needs a motivating emotional thing, and the idea of the motivating thing being a row of 12 notes that has no emotional resonance? Doesn’t do it for me.”

But what does ‘emotional resonance’ mean if it can’t be identified in a score, can’t be analysed in cadences or key structures? “You know it when you hear it!” Osborne is laughing now, shaking his head at the contradiction of his own argument. “Maybe it’s similar to when someone is talking and is sincere. There’s thought, there’s an intellectual hinterland, what they’re saying is somehow creating a sense of meaning. Whereas when a politician talks and it’s clear it’s just a bunch of words that they’re hoping will make an effect… What’s the actual difference? Is it tone of voice, rhythm, intonation? Hard to say, but we totally feel it. I think the same thing happens in music. The difference between a musician who means something and a musician who is doing something for effect.” He sighs. “Let’s face it, Kate, this the lecture is not going to give the answer.”

Osborne is a musician of robust intelligence. His interpretations are probing, thoughtful, reasoned, but above and below and around all that there is always unapologetic emotional instinct. Listen to his recording of Beethoven’s Hammerklavier sonata (released last year) to hear those explosive, tender, plain-speaking reactions – exactly the extremes he was talking about earlier. This isn’t method acting: it’s not as though the soft-spoken Edinburgh pianist is living the same emotional experience that Beethoven was, but that Beethoven’s most ferociously volatile piano sonata lets him express the apogees of reaction he otherwise never could or would.

Has he always recognised his own emotional tendencies? “I suppose, yes,” he says, frowning into his water glass. “I listened to so much Ravel in my teens. One of my first proper composers obsessions. With Ravel there is such a strong sense of nostalgia… I always recognised something about it. Then at music college I played a lot of Bach. A lot of Schubert, a lot of Mozart. As I went through my 20s my emotional range opened up. I became less repressed and started doing more Liszt and Rachmaninoff. That emotional education…” he looks up. “You can’t live your life for your job, you can’t organise relationships around becoming a better musician, but becoming more emotionally open has definitely had a positive effect.”

I wonder whether even broaching the subject, letting the public in on his roaming thought processes, is a bit like a magician showing his tricks. “No,” he says, “it feels like it takes a barrier away, in a helpful way.” Osborne says he’s not an extrovert, yet he can walk on stage in front of 6000 people and put his most interior dialogue with his own emotions out to dry. “Actually it doesn’t feel that way,” he says. “For me, performing is not self-revelation. It feels like sharing something that’s really important to me, which means the attention is not on me but on what I’m sharing. And I keep doing it because I sense that it means something to the people listening.” He grins.” Though what exactly it means, who can say?”