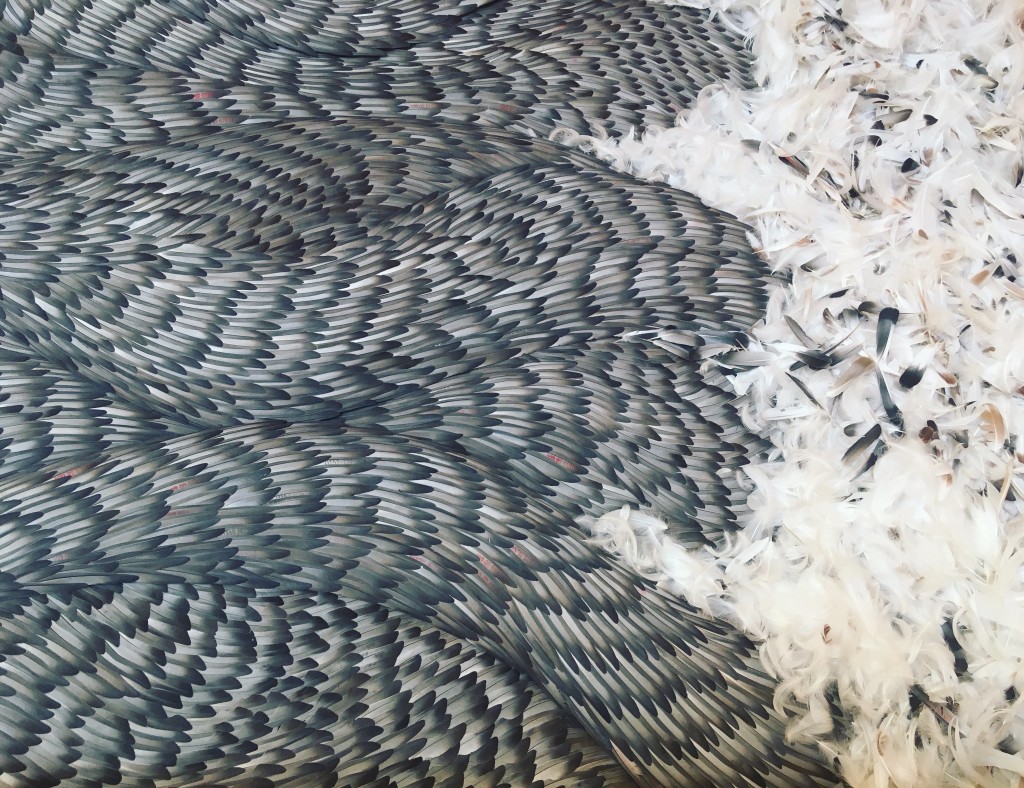 First published in The Herald on 13 June, 2018; photo of Kate MccGwire‘s Sasse/Sluice at Snape

Thea Musgrave — Scottish composer, conductor, pianist and teacher who turned 90 last month — thrusts a glass of wine into my hand. She’s teaching me “la langue verte”: juicy phrases she learned in France in the 1940s. “Merde a la treizième” is her favourite, she grins. “Can you print that?!”

There is cause for celebration. The day before we meet, Musgrave was given an Ivor Novello Award alongside Billy Bragg, Lionel Richie and Shane MacGowan. The day after, she’s off to Buckingham Palace to receive The Queen’s Medal for Music. Around the world her 90th birthday is being marked by orchestras and ensembles — including a portrait concert in Glasgow with the BBC Scottish Symphony Orchestra this week. “They got me started,” she says. “They gave me my chance when I came back from Paris in the 1950s. And you know who was assistant conductor? Colin Davis!”

Musgrave was born in Edinburgh on 27 May, 1928. She studied at the University of Edinburgh, where she was inspired by the legacy of Donald Francis Tovey and his belief that that meaning in music comes from the music itself: that there’s plenty of drama in the way notes relate to each other without grafting on some kind of external narrative. After graduating, she trod the path of many brave 20th century composers to study at the Paris Conservatoire with Nadia Boulanger, whose fastidious ear and fierce attention to craft founded in Musgrave a lifelong propensity for clarity and discipline. She spent four years in the French capital, during which time she began to turn heads back home with her student works. In 1954, she returned to Edinburgh for a composing apprenticeship, and many of her early orchestral pieces — Obliques (1958), the Scottish Dance Suite (1959) — were premiered by the BBC SSO.

She talks about that period in animated detail. She tells me stories about her conductor friends Colin (Davis), Alex (Alexander Gibson), Norman (del Mar: apparently he would go through his record collection daily, listening to a different record in entirety every morning while he shaved). She recalls the very first Edinburgh International Festival in 1947. “We had rationing. We were allowed to take a maximum of £25 out of the country at a time. We had trams all the way up the Mound. All along the tram lines there were posts holding up the cables, and on every post was a bouquet of flowers. It was so beautiful. It was like light shining in the gloom.”

Eventually the London music scene seduced her south. “At that point in time one really needed to be in London,” she says, “because that’s where big things were happening. Now I don’t think that’s so true.” If Scotland had been then as they it is now — might she have stayed? “Yes, quite possibly.” In the end she wouldn’t remain in London, either. In the early 1970s, she took up a guest professorship in California, where she was commissioned to write a piece for the finest viola player on the faculty. His name was Peter Mark; the two married the following year, and when Mark was asked to set up a new opera company in Virginia, Musgrave went with him. They’ve lived together in the USA ever since.

It’s clear that Musgrave thrived in the company of composers she got to know in London in the 1960s. “I knew Richard (Rodney Bennett); I knew Max (Peter Maxwell Davies); I knew Sandy (Alexander Goehr). I knew Lizzy (Elizabeth Lutyens) and Betty (Elizabeth Maconchy).” She shows me a photo: her and Aaron Copland at the Aldeburgh Festival. She shows me another: her and Maxwell Davies, Rodney Bennett and Malcolm Williamson in a tearoom. They year is 1965. The air looks thick with cigarette smoke. The group looks deep in conversation.

Would she discuss her own music? Only with Rodney Bennett, she says. “When I’m writing something, the energy has to go into writing, not discussing — until it’s finished. Then I bore everybody! You can’t wait for approval. You shouldn’t be a composer if that’s why you’re doing it. Your passion can’t depend on accolades. ” Where does that passion come from? “Oh, you’re born with it, and then hopefully you get to cultivate it, if it’s not squished by your parents, or by misfortune, or by war. There is luck involved.”

Musgrave has never been particularly interested in talking about gender issues. Were there any other women composers studying at Edinburgh University in the late 1940s? “I don’t remember.” Did she mind the profession being overwhelmingly male? “I didn’t really notice.” She shows me a programme for her New York 90th birthday concert, which features a quote: “I am a woman and I am a composer, but rarely at the same time.” What did she mean by that? “I mean that when you’re writing music, you’re a human being. Men have the same passions. They love, they hate. They lose something, they gain something. Don’t tell me men don’t have the same feelings.”

“Of course,” she adds, “woman of my age had to bring up the kids. I never wanted to have kids because I didn’t want to spend my life changing nappies and going to baseball games. But I think that’s a generational thing. In my time, it was us woman who had to make all the changes.”

In a career spanning 60 years and counting, Musgrave has written compelling and compassionate music full of the innate drama of human behaviour. She’s a composer who recognises that music can mirror life, that music can shape the way we live, that the emotional and even physical makeup of musicians is integral to the impact of any performance. Her operas are gripping: unflinching portrayals of three-dimensional characters who seem to breathe and feel and mess up like the rest of us.

Even her instrumental music is dramatic. In the once-notorious clarinet concerto (1968), she uses the soloist as a troublemaker, roaming through the orchestra, rallying groups of musicians then wandering off to form rival allegiances elsewhere. In the Horn Concerto (1971), offstage orchestral horns surround the audience and answer the soloist in flippant voices. They stage noisy coups. They distort. At the premiere, one critic asked, “Do they have to lock the doors to stop people leaving at the sound of this contemporary music?” The soloist Barry Tuckwell replied, “There’s a horn player at every exit so no one can leave!”

Likewise, Musgrave’s company is riotous. She laughs constantly, and her memory is an encyclopaedia of the past half century of British and American classical music gossip. But behind all that there is fearsome discipline. She says she needs friends to socialise, she needs musicians to play her music — “I mine them shamelessly for information!” — but when she’s writing, her focus is absolute.

She tells me a final story. This one is about a student who arrived for a lesson and apologised for not having done enough work that week. “Something to do with her boyfriend,” Musgrave rolls her eyes, “so I sat her down and I said listen: I don’t care what boyfriend or girlfriend you have, but if you’re serious about being a composer, your assignment for next week is to buy a copy of Virginia Woolf’s A Room of One’s Own and to read it. Then you say to your boyfriend, I absolutely adore you, but my teacher is very fierce. And my teacher says I have to go into my room alone, and I have to compose.”

Thea Musgrave’s 90th birthday concert with the BBC SSO is at City Halls, Glasgow, on Friday