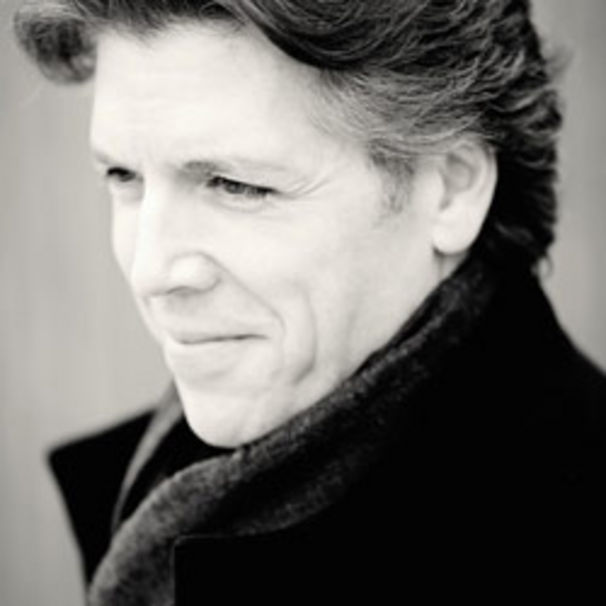 First published in The Herald on 18 September, 2013

Stormy skies and a new orchestral season: autumn is upon us, and tomorrow the BBC Scottish Symphony Orchestra launches its 2013-14 Thursday night series in the company of one of the great Mahlerian voices of our time.

American baritone Thomas Hampson is the latest of the big-name singers that Donald Runnicles, the BBC SSO’s chief conductor, has picked up along his travels to US and German opera houses and brought back to perform in Scotland (last season’s star guest was the magnificent Nina Stemme). And Runnicles has chosen a heavyweight opening-night programme to match. In the second half he conducts Mahler’s mighty Fifth Symphony, with its funereal trumpet fanfares and heartwrenching Adagietto. Leonard Bernstein once wrote that â€œMahler’s marches are like heart-attacks, his chorales like all Christendom gone madâ€: in this symphony we get both.

Before the interval Hampson sings some of Mahler’s orchestrated songs, mostly from the collection of German folk-poem settings known as Des Knaben Wunderhorn. This might be a wee bit like hearing Glen Gould play Bach or Charles Mackerras conduct Janacek. Hampson was Bernstein’s go-to Mahler voice in the 1980s. Over the course a glamorous three-decade (and counting) career, it’s been Mahler above any other composer whose music has formed the bedrock of his repertoire, whose soundworld is â€œat the heartâ€, he says, of his musical personality.

â€œPeople often ask me why Mahler never wrote an opera, and I always answer that he actually wrote several,â€ says Hampson. â€œThe songs of Des Knaben Wunderhorn have such vivid dramaturgy that they’re like lots of little operatic scenes. There’s a colossal range of expression in each one. And I’m not talking monodrama, either, because the orchestra plays the other characters. I have intricate conversations with the instruments: sometimes I’m the accompanying voice while the story is being told by a flute or the strings. That’s the dialogue we get to shape during the rehearsals. I can’t wait to try it with Donald’s orchestra.â€

Hampson is a staunch and eloquent champion not just of Mahler’s music but of all opera and song. In a recent interview on BBC’s HARDtalk programme, he courteously batted away Sarah Montague’s hawkish accusations that opera is out of touch because it was â€œwritten centuries agoâ€ and â€œin a foreign languageâ€. It’s precisely that ‘otherness’, he reasoned, that allows audiences to ponder the psychological narratives of opera’s characters.

When we speak he’s at home in Zurich: â€œhome is where my wife Andrea is, and where my music library is. After so many years on the road, logistics and scheduling are a big deal in this household!â€ He speaks as suavely as he looks, the elocution of an old-fashioned American aesthete. Born in small-town Indiana, raised in Spokane, Washington, he now has what he calls a â€œluggage-changing stationâ€ in New York but has lived in Switzerland for 28 years and has built his career in German-speaking Europe.

â€œIn my head I’m an American who has a strong relationship with central Europe. I’ve always had a passion for European song, and a lot of musical ideas have become clear to me after living over here.â€ Mahler, too, understood displacement, or rather multi-placement. Bernstein again: â€œThink of it â€“ Mahler the Creator vs. Mahler the Performer; the Jew vs. the Christian; the Believer vs. the Doubter; the NaÃ¯f vs. the Sophisticate; the provincial Bohemian vs. the Viennese homme du monde; the Faustian Philosopher vs. the Oriental Mystic the Operatic Symphonist who never wrote an opera.â€ Somehow Mahler’s music belongs nowhere and everywhere; his expression lays bare himself, no question, but also about every conflicted individual.

Hampson describes his own passion for Mahler as â€œheartfelt and instinctiveâ€, and admits to being â€œa little obsessed with him and his life. I’ve let Mahler teach me about the philosophical world in which he was living.â€ There are raw emotions in the songs â€“ â€œa river of emotion without proper bordersâ€ â€“ but he doesn’t buy the lurid heart-on-sleeve approach to Mahler performance. â€œThere’s always a specific architecture with specific logic. This is not a music of free-range interpretation: that’s a slippery and dangerous slope to head down. There is nothing gratuitous in Mahler. There’s always a reason.â€ For all the emotional outpouring and vivid imagery, don’t expect any cheap psycho-drama tomorrow night.

Hampson talks about the composer in passionate depth, almost as if Mahler was a close relative whose diary he has inherited. â€œThere’s no question that he was obsessed by bigger questions, including death, but these were more interesting thoughts to him than morbid. Mahler didn’t want to die: there was no Todessehnsucht [longing for death]. He also had a tremendous sense of humour in his deep understanding of the folly of human nature. His music becomes a shared experience rather than the political and religious polemics that we too often get caught in. It really does encompass the world.â€

After the main concert he’ll return to the stage and Runnicles will take to the piano for a few American songs â€“ another of Hampson’s recurring passions. He describes song as â€œthe software of the soulâ€ and runs a website of song resources, cannily-named the Hampsong Foundation. He recently presented a 13-part radio serious on American song â€“ it was, he says, a â€œlively and colourful way to look at our history; a way of engaging with the deep instinctive thrust to identify where we came from.â€ Perhaps it’s the same instinctive thrust that drives Mahler’s folk settings.

Other highlights of the 2013-14 BBCSSO’s Glasgow season