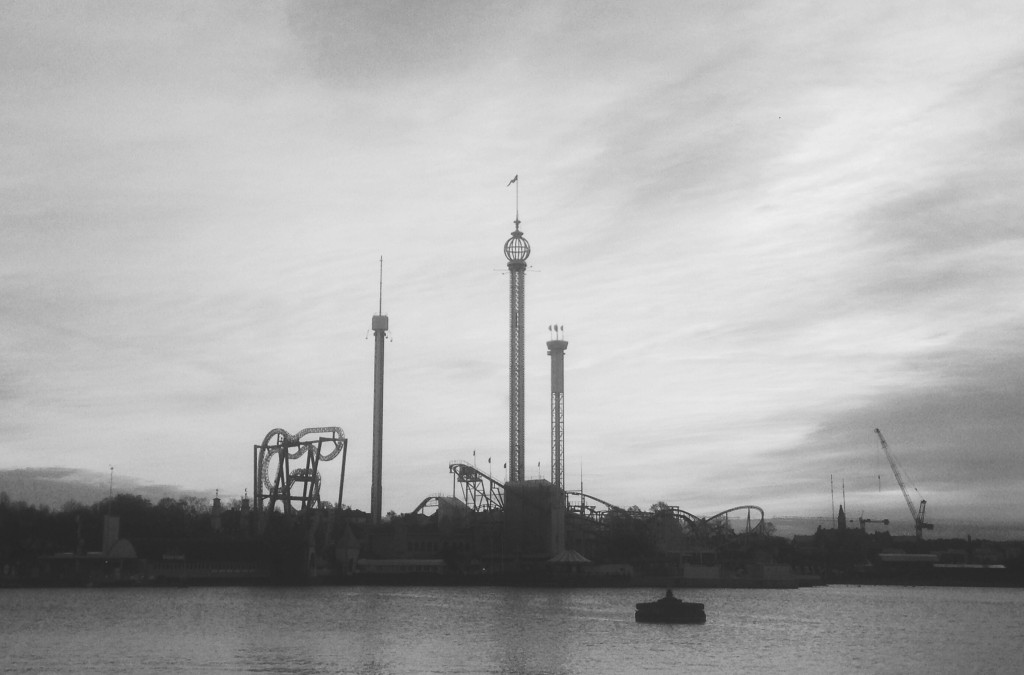 First published in The Herald on 7 December, 2016

On Saturday, Bob Dylan will be not travelling to Stockholm to attend the Nobel Peace Prize ceremony. (He has acknowledged his award for Literature by jotting down a speech to be read out at the banquet — an “unusual” move, says the Nobel academy.) The venue for Dylan’s Nobel no-show is the Konserthuset, a neoclassical beauty built in 1926 as home for the Royal Stockholm Philharmonic Orchestra as well as for the annual Peace Prize. Inside it is full of soft-lit orphic statues and chandeliers exhibited at the Paris 1925 exposition. Outside its facade is a smoky sky blue.

Every year since 1986 the Konserthuset has hosted a November festival dedicated to the music of a composer of our time. Past portraits have featured Lutoslawski, Schnittke, Penderecki, Part, Duttileux, Reich, Adams. In 2000 Sofia Gubaidulina became the first woman to be given a solo edition; last year’s festival was all about the music of the Boulanger sisters, Nadia and Lili. And until this year there had been just two British composers in the festival’s history — Tippett and Thomas Ades — then last month came a third. A sizeable banner was hung between the Greek pillars of the Konserthuset adorned with a single name: KNUSSEN.

For a notoriously self-critical composer, a composer of fantastically intricate, crystalline, delicate miniature worlds, that banner looked rather bold. Oliver Knussen, born in Glasgow in 1952, raised and resident in England, has a spectacular imagination, a formidable knowledge of repertoire, a forensic ear for detail which he applies to the music he conducts with select ensembles — he has a long association the Scottish Chamber Orchestra, for example. As a teacher, a mentor, a conductor, and a curator as well as a composer, his impact on the UK’s contemporary music scene in general and on younger generation musicians in particular has been generous. For those within his sphere he’s a champion, a spokesperson, a catalyst — but he’s not always one for the media. There would be no interviews for the Stockholm festival. The orchestra’s programme book made do with translating an interview he did with the Observer in 2012.

Unlike Dylan, Knussen did travel to Stockholm to acknowledge the honour bestowed upon him by the Swedes. In fact, he conducted several of his pieces there, including his Third Symphony, his Music for a Puppet Court, his Horn Concerto and his effervescent Flourish with Fireworks. He conducted two performances of his supremely lyrical Violin Concerto with Clio Gould, former artistic director of the Scottish Ensemble. “Initially I was a bit scared of him,” Gould admitted on the festival’s Saturday morning, taking a break between rehearsals and the second performance. She began working with Knussen in her 20s, when he conducted the London Sinfonietta and she was its fiendishly young leader. “He was this towering colossus. He was famous for the brilliance of his ears and I felt under immense scrutiny being right under him.”

At this she paused to shut the door of her dressing room, in case Knussen happened to walk by while she was talking about him. The she recounted a memory. “I used to find it stressful working with him because he was so demanding. I remember sitting right under his nose trying to play some incredibly delicate piece of Takemitsu. I had a crescendo written in my part, and I did the crescendo, and I patted myself on the back for doing it so diligently. Then I looked up and saw him wincing. I realised that what I had done had literally hurt him. It was too blunt. For Olly, anything that’s too direct or too much is as bad as not doing it at all.”

Gradually the fear dissipated, “and we bonded over trivial things like daytime telly. It was the beginning of a great friendship.” Gould went on to give the UK premiere of the Violin Concerto at Aldeburgh, that English music mecca where Knussen now lives, and she has performed the piece multiple times since. “He is almost embarrassed by how easily that piece flowed out. It’s extremely romantic, with an immediacy that for him is rare. Usually the key to his music is to go further and further in, but that piece is heart-on-sleeve. Whenever I tell him how much I love it, he acts as though it came too easily.” Knussen is a painstaking composer, and his oeuvre is not large. Could more pieces come so easily if he just let them? “I doubt it,” Gould answers. “With Olly, it’s so much about rigour. That’s what makes his music marvellous on repeated hearing. Every time there’s more to find.” Maybe, she suggests, that’s why he doesn’t feel the need to overly discuss his work — “because that would almost dilute it. There’s a sphere of extreme concentration around him. Like his music, it’s boxes within boxes.”

Knussen has been writing music as long as he could read it, and his first major premiere happened when he was excruciatingly young. His father was a double bassist in the London Symphony Orchestra and that orchestra played his First Symphony at the Royal Festival Hall in London when he was just 15. “These days one would have sent it off to be done in a workshop, quietly, and that would have been the end of it,” he has described. “But with the LSO it became a nine-day wonder – press photographers on the doorstep next morning and all that. My inclination at such times is to flee.”

For the soprano Claire Booth, that early overexposure might explain some of Knussen’s wariness of taking on too a public role, and his nurturing instincts toward younger musicians. “He is very aware of wanting to be kind to people who he rates,” she told me in Stockholm. “He didn’t have much of that. His ascendency went so fast and, good old Brits, we have to take people down as soon as we’ve built them up. We’re so desperate to find the next whoever. He was compared to all sorts of people and it wasn’t helpful. I think he had quite a rocky ride. At his heart he’s a kind and generous guy and he doesn’t want other people to go through the same thing.”

Booth is one of those people he rates. She met him as a student at Aldeburgh’s Britten-Pears school and became a regular collaborator; in Stockholm she closed the festival with the profoundly personal Songs for Sue, a requiem in memory of his late wife and designed specifically for Booth’s dauntlessly agile, expressive voice. Earlier in the weekend she bounded onto that august Nobel stage as Max, naughty boy in Knussen’s opera version of Where the Wild Things Are. Taking her bow, she glanced up to the balcony where Knussen was sitting and gestured her appreciation for the music. He batted away her attention with an efficient flick of the hand.

“He doesn’t suffer fools gladly,” she grinned next morning. “Didn’t that gesture just say it all? Gerroff! But get his humour, get his take on life, and for those people who he becomes friends with, he could not be more supportive.” Incidentally, when Gould asked whether he had a message for the readers of The Herald, he replied: “send my love to Milngavie.”