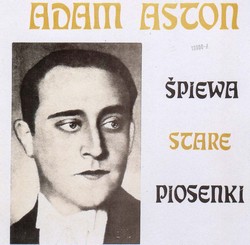 One of the highlights of last year’s Cottier’s Chamber Project was a concert of tango music given by Mr McFall’s Chamber – that roaming, beatnik bunch of musicians from the Scottish Chamber Orchestra and their friends. Tango, and in particular the music of Astor Piazzolla, has been in the McFall’s DNA since the group first formed to play an Edinburgh nightclub slot in 1996. Partly that’s thanks to their violist Brian Schiele, himself a bona fide Argentinian; partly it’s because tango suits the group’s sweet spot of formal and fiery, virtuosic and loose. This year McFall’s are back at Cottier’s with another tango programme – and this time there’s a twist. Instead of the classic Latin fervour of Piazzolla and Argentina, McFall’s turn east to Poland, delving into the huge wealth of klezmer-tinged tango that emerged from the country in the years between the First and Second World Wars.

Poland? Tango? It makes more sense than you might first think. Tango was never a pure-bred music anyway. The dance was born of Argentina’s immigrant communities in the bars and brothers of 19th century Buenos Aires, a tangle of sultry rhythms and sad love songs and bygone classicism. Tango arrived in Europe in the first decades of the 20th century, brought over by Argentine Orquestas tipicas carrying suitcases full of newfangled recordings. The dance took the continent by storm. Here was a music that had gone and come back – its European roots were there, sure, in the bolt-upright postures, the virtuosic flourishes of the violins and the melancholy chord progressions of the double basses. But like jazz, which began to surface in Europe around the same time, this was a seductively new-world craze.

Tango arrived in Poland shortly before the First World War, brought by recordings and radios rather than live touring bands. No country in Europe became more enthralled by its charms. At first the lavish dance halls of Warsaw and Krakow swung to imported tangos from Argentina, blasted out over scratchy gramophones or imitated by Polish dance bands. But soon local musicians began making their own version, and they did so in astounding quantities. One Polish tango singer, Adam Aston, released more than 1000 records alone. Ever heard the song O, Donna Clara? Edith Piaf famously sang it, but it was Jerzy Petersburski who wrote the original, Tango Milonga, in 1928. Or think of Polanski’s film The Pianist: there’s a cafe scene in which Wladyslaw Szpilman improvises on the tango Umowilem sie z nia na dziewiata, written by Henryk Wars in 1937. Or even Schindler’s List, when a Polish dance band plays a doleful tango to entertain the German officers.

“Tango obviously struck a profound chord in Poland,” says Robert McFall, founder, second violinist and namesake of Mr McFall’s Chamber. “The version that emerged out of Krakow and Warsaw in the 1920s and 1930s was mostly played by Jewish musicians who were steeped in both classical music and the klezmer tradition.” That dual heritage becomes clear when you start listening to old recordings of Polish tango (there are plenty on YouTube). Polish tango is lower and slower than the Argentinian original. The beat is sterner, more square, less fluid. There is usually a sad clarinet part, an intense, mournful violin and an anguished tenor singing of heartbreak.

Most of the composers of Polish tango in the 1920s and ’30s also wrote operetta and big-band jazz, and that comes through in the arch of the vocal lines and the breadth of the part writing. They didn’t tend to use a bandoneon (the little button accordion whose warbly voice is iconic in Argentinian tango) but instead brought in trumpets, clarinets, drum kits. In amongst it all is that same bittersweet melodicism that infuses Chopin’s waltzes and mazurkas.

Playing Polish tango requires a special something, says McFall. “The violin sound has got to have a bit of the Jascha Heifetz about it – continuous, intense vibrato and loads of slides.” Basically it’s the opposite of the stripped down, spruce style that you’d associate with the SCO strings – the challenge, he says, is to sound romantic enough. Luckily Cyril Garac, the French first violinist of Mr McFall’s Chamber and regular member of chanteuse Ute Lemper’s band, has a real panache for this kind of playing (ask anyone who heard his gorgeously showy solo in Piazzolla’s Vardarito at last year’s concert).

There is an added poignancy to hearing this music today. Many of Poland’s Jewish songwriters, bandleaders and musicians were killed in WWII concentration camps, and with them went thousands of volumes of their music. The composer Artur Gold spent two years in Warsaw’s Jewish Ghetto then was taken to Treblinka in 1942. There he was kept alive and forced to lead a camp orchestra that, dressed in clown suits, played tangos and foxtrots while prisoners were led to the gas chambers. “That’s why I call the programme Dancing Under the Shadows,” says McFall. “It’s impossible not to think of the grim shadows that loomed on the horizon of all of this wonderful music.”

Mr McFall’s Chamber play Dancing Under the Stars at Mareel, Lerwick on June 5, Cottiers Theatre, Glasgow, on June 6 and the Tollbooth, Stirling, on November 29