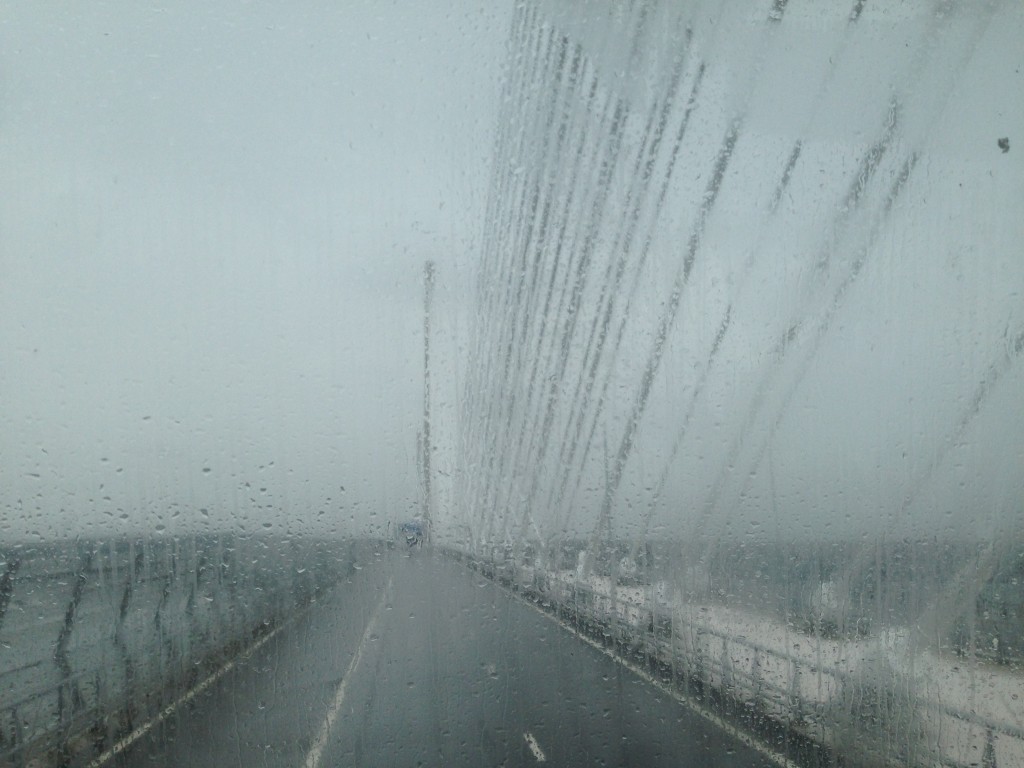 First published in The Herald on 6 September, 2017

“I don’t envy them. No way. Nope.” It’s dinner break on Day One, Round One of the eleventh Scottish International Piano Competition and Steven Osborne, one of this year’s judges, is having flashbacks. “The first competitions I entered were bad enough when it came to nerves,” he winces. “As I got older things only got worse.” Fellow judge Olga Kern tells me that the only form of nerve control that ever really worked for her was giving birth. “When I competed in the Van Cliburn I had a one-year-old child,” she says. “I decided I would play my recital for him. I had travelled all that way across the world without him… I wasn’t going to waste the effort. It put things in perspective!”

Kern won that prestigious competition in June 2001 and her career skyrocketed – to the extent that a new American competition has recently been established in her name. Osborne’s biography, like that of most international concert soloists, lists the various major titles he has tucked under his belt: first prize in the Clara Haskil in 1991, first prize at Naumburg in 1997. These details divulge nothing meaningful about Osborne’s deep intelligence as an interpreter of French music, or about Kern’s fearless panache in Rachmaninov. Instead they function like an advertising sticker on the cellophane wrapping of an album. They are stamps of industry approval, shorthand for ‘pre-screened’ and ’safe choice’. For programmers, competitions work as a screening process, doing the time-consuming sifting work so they don’t have to.

And for performers? During the dinner break I meet two young pianists — 17 year old Piotr Alexewicz from Poland and 24 year old George Todica from Romania — who have just given their 30-minute first round recitals. Alexewicz’s playing is meticulous, pristine, an impressively prepared programme of Bach, Chopin, Rachmaninov and Beethoven. The technique is pearlescent; the concentration is tangible. His father is waiting outside the hall before the start of the recital. “Piotr is so nervous,” he tells me, looking notably nervous himself. At the end I congratulate him on his son’s performance. “Thank you,” he says, with an immense look of relief.

Todica, wearing a soft brown suit and dapper pocket square, recently completed a master’s at the Royal Conservatoire of Scotland and seems to know the turf a little better. He gives a dreamy account of – again – Chopin, Rachmaninov, Beethoven; the repertoire for the early rounds of the SIPC is restricted to baroque, classical and two etudes, so pieces often start doubling up. Competitors are discounted if they go even a minute over their allotted half hour, but Todica still makes sure to ready himself for a crucial few moments before the gleaming opening chords of Beethoven’s Waldstein Sonata. His playing is heartfelt, spacious, punctuated by moments of genuine rapture.

I would love to hear more from both of these players, but neither name is among the shortlist of ten semifinalists announced yesterday. Music competitions can be discomfiting experiences for audiences, let alone for performers. How can the forensic exam conditions of a concert hall with no clapping, a strict stopwatch, a jury scribbling notes – how can that be conducive to the spirit of inspiration and emotional honesty? How can something as mysterious and miraculous as creative talent be marked, compared, weighed up and dismissed with anything approaching objective fairness?

After their recitals Alexewicz and Todica both seem remarkably grounded about the whole business. They seem collegiate, too, which strikes me as particularly classy given there’s a £10,000 prize hanging between them. They shake hands, they ask about one another’s recitals. Neither seems too fazed by the weirdness of the scenario – both have already competed in enough competitions to know the drill. “Preparing can be quite tiring,” says Alexewicz, who still has two years of high school to complete back in Poland. “In just half an hour you have to show yourself in the best light. But the preparation is also a very useful process, no matter what the result.”

Todica is nodding. “You often end up doing ten hours of practice a day before a competition. You can’t do that for more than a few days in a row – you would end up crashing! It can be destructive if you’re not careful, but hopefully you come out the other side with some kind of order out of chaos.”

Do they know exactly what the judges are looking for? “Something that makes us stand out,” says Alexewicz, then he shakes his head. “Actually, they only really explain their criteria at the end. The judges aren’t allowed to talk to us during the competition.” Do they try to second guess what this particular jury will go for? “Nah,” says Todica. “That never works. If you do that, you’re not being true to yourself, and being true to yourself is all you can do as a musician.” Told you this pair was grounded.

Todica and Alexewicz will likely spend the next several years of their careers preparing repertoire for numerous competitions (both say that around four per year is a healthy schedule; up to ten is theoretically possible but mentally and physically dangerous). They’ll play first rounds to small crowds who don’t clap; they will hold their breath for results; they will deal with the elation or the deflation; they will move on to the next city, the next hall. They will likely be eliminated early from some competitions and they will excel in others. Steven Osborne recalls that he won a couple big competitions but was kicked out after the first round of others. “Go figure,” he laughs. “It just points to the random nature of the whole thing.”

So why do it? All four pianists give the same answer: competitions are a means to an end – and that end is getting heard. “We want to play,” says Todica. “That’s it.” Alexewicz agrees that “competitions are a way of getting known. There are almost no pianists who can make a career without going through this for at least a couple of years. Evgeny Kissin famously never did a competition, but most of us, this is the only way to get started.”

Olga Kern talks about the industry side of things. How “it is so important for the young generation to be heard,” how “competitions can offer that platform.” Here at the SIPC, she points out, three finalists will each play a concerto with the Royal Scottish National Orchestra and conductor Thomas Sondergard. “That opportunity is worth everything,” she says. “Maybe the orchestra will like them; maybe they will be invited back. Maybe the conductor will like them; maybe he will invite them to play with other orchestras around in the world. There are unfairnesses in competitions, sure. But any moment could be the start of a new relationship.”

Semifinals of the Scottish International Piano Competition are today and tomorrow at the Royal Conservatoire of Scotland, Glasgow; the final is on September 10 at Glasgow Royal Concert Hall, broadcast on Classic FM at a later date