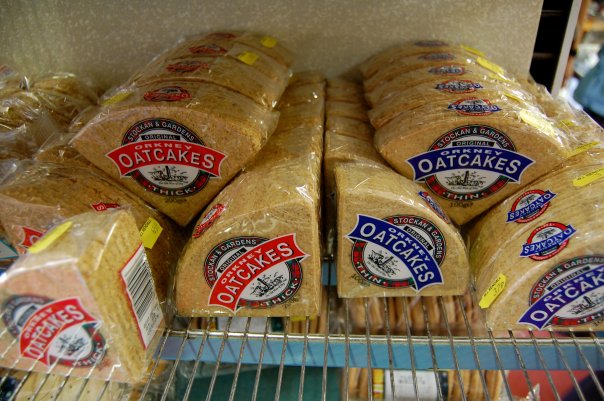 Around spring of 1973, a select troupe of contemporary music specialists made their way from London to Kirkwall at the behest of their director — the Salford-born composer Peter Maxwell Davies, recently taken up residence in a stone bothy with no running water or electricity on the storm-battered western cliffs of Hoy. The ensemble already had half a decade of gung-ho programming under its belt: it had been co-founded by Harrison Birtwistle in the late 1960s to play Schoenberg’s atonal melodrama Pierrot Lunaire and was originally called the Pierrot Players, but by 1970 Maxwell Davies had taken over the reigns and had blazingly rebranded it the Fires of London. That spring of 1973, to an audience of locals in St Magnus Cathedral, the Fires played a programme called ‘A Musical Tribute to Northern Britain’ packed with unflinching Maxwell Davies scores, included his fierce new Hymn to Saint Magnus.

“The performance did provoke considerable discussion for many days afterwards!” the St Magnus organist Norman Mitchell would later recall. “It would be unfair to expect a wholesale acclamation of the evening: this new style of writing (to Orkney) would take some time to be savoured and appreciated.”

But clearly something clicked, because four summers later Maxwell Davies led the Fires northward again to inaugurate an audacious young music festival that he and his neighbours were determined to make fly despite the obvious odds. There was plenty of opposition to the idea on the islands and plenty of snide scepticism further south. In plain infrastructure terms, could Orkney really support a classical music festival, let alone one with a bent for screamingly provocative (often literally) new works of music theatre? But there were enough yaysayers — figures including Mitchell and the poet George Mackay Brown — who would meet in Stromness living rooms and who helped Maxwell Davies kickstart his mad festival vision.

Four decades later, the St Magnus International Festival is a solid fixture of the Scottish classical music calendar, annually importing symphony orchestras and star soloists, each year testing to breaking point the limits of Orkney’s B&B capacity. The early radicalism has softened, replaced by an establishment pragmatism, but the lasting success of the festival is a triumph of gumption against gumption.

So the 2016 edition was always going to involve commemorations of sorts. The big birthdays needed to be marked: the 40th year of the festival, and 25 years since the formation of two groups — Florilegium and the Hebrides Ensemble — that both feature in the programme. Composer Sally Beamish turns 60 and her long connection with the festival is celebrated, while local fiddle-guitar duo Saltfishforty live up to their name by at last actually turning 40. “The birthdays were obvious,” says Alasdair Nicolson, composer and current St Magnus artistic director, speaking in Glasgow a week before the festival’s opening concert. “But we weren’t planning on what would become the biggest commemoration of all.”

Maxwell Davies died in March at his home on Sanday, by now a full house with electricity on a gentler corner of the islands. “I was standing in the printers in Kirkwall putting the final touches on the programme when I heard the news,” Nicolson recalls. “I held back the whole thing so we could add in a page about Max” — as he was known locally in Orkney and universally in the music world — “and when I went to his funeral I was asked by many people whether I would be adding lots of Max’s pieces into this year’s festival programme. But that wasn’t possible; it was just too late in the process.”

Instead Nicolson is co-curating a full memorial concert on 18 September at St Magnus Cathedral — partly, he says, to balance out an official London commemoration “that doesn’t represent Max’s life in Orkney nearly enough. We’ll include kids and amateurs and many other elements of the festival.” More details on that event to come.

But still, there were already strong traces of Maxwell Davies’s artistic character in the look and the shape of this year’s lineup. “The festival is about exactly what he set it up to be about,” Nicolson says. “Which is to say: new work and creativity in many genres — particularly literature, which harks back to George Mackay Brown’s legacy — and local artists and young ones performing alongside visiting luminaries.”

New music is there at the heart and every other part of the programme, with a neat strand called ’40 New Works’ featuring small-scale premieres by dozens of composers, from Mogens Christensen and Andra Patterson to Sheena Phillips and John Gourlay. Cellist Robert Irvine does his bit to notch up the tally with a solo concert including ten new miniatures commissioned for an album soon to be released in aid of UNICEF; in Orkney he’ll play elegies by James MacMillan, Sally Beamish, Eddie McGuire, Mark Anthony Turnage, John De Simone, William Sweeney and more.

The Hebrides Ensemble loosely recreates one of the concerts given by the Fires of London during their 1977 visit with a programme including Messiaen’s early Theme and Variations for violin and piano and Maxwell Davies’s raucous Renaissance Scottish Dances, as well as his more recent Piano Trio — one of his best chamber works, full of plainchant and a rugged kind of beauty inspired by a trip to Fair Isle.

But it’s the other Hebrides anniversary project that probably resonates most deeply with the original ethos of the festival. The Iris Murder is a new chamber opera with music by Alasdair Nicolson and words by John Gallas, a poet who writes in a yurt in his garden in Leicester. In planning the piece Nicolson gave Gallas a jumble of words as pointers — fairytale, Edgar Allan Poe, tales of the unexpected, gothic, Tim Burton. (Gallas then came up the libretto “literally overnight,” Nicolson laughs. “I got a message: ‘bought some vanilla coffee at TK Maxx; been up all night; written the libretto’.”)

The resulting 90-minute piece, which premiered last week at the Cottier Chamber Project in Glasgow, is something approaching a masque, a morality fable, a Buddhist revenge tale. “It’s never truly horrific; the tension just sits there,” says Nicolson. “Which I think is a more subtle form of manipulating an audience.” As a drama The Iris Murder is flimsy at best, but I’ll leave that for the review columns. Nicolson’s score — three singers plus an eerie, soft-grained ensemble of clarinet, cello, accordion and percussion — contains some beautiful moments.

The reason The Iris Murder resonates with the St Magnus ethos is not so much to do with the aesthetics of the piece as the principle of it, because there is a precedent here for music theatre composed by the festival director. “Yes, Iris is the kind of piece Max would have done,” Nicolson acknowledges. “In practical senses at least. It’s portable, with a slightly odd instrumentation and a compact and unsettling drama.” Maxwell Davies made his firebrand reputation with works that blasted apart operatic conventions (in Eight Songs for a Mad King the players literally smash up their instruments) and pioneered an ultra-confrontational form of musical storytelling. “Bracing new music theatre is a form that people in Orkney get,” says Nicolson. “They’ve been getting it for 40 years.”

The Last Poet. New work for trumpet and electronics by Alistair MacDonald performed by trumpeter Tom Poulson around WWII letters written by his grandfather. It will be staged the Mess Hall at Ness Battery — a former military compound where hand-painted murals by a WWII serviceman have recently been uncovered. (Stromness, June 19)

Wendy’s Wedding Music. Probably the last Peter Maxwell Davies premiere St Magnus will ever present, this is a piece written for the wedding of Wendy Brown, head teacher of Sanday Community School. It will be performed by pupils from the school alongside RCS musicians. (Sanday Community School, 20 June)

Samson Tsoy & Pavel Kolesnikov. St Magnus Festival has spent years fundraising for a new Steinway concert grand and finally the piano has arrived. To christen it, Tsoy and Kolesnikov play music by Beethoven and Stravinsky’s four-hand arrangement of The Rite of Spring. (St Magnus Cathedral, June 21)