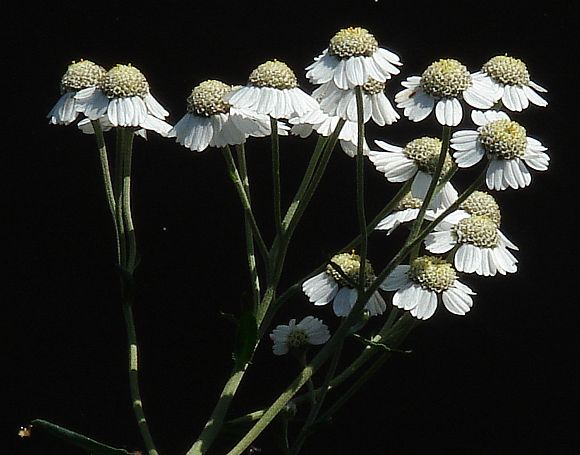 First published in The Herald on 8 October, 2014

It’s an idea that dates back to composer James Oswald, an entrepreneurial Scots musician born in Crail in 1710 and eventually court composer to King George III. Oswald wrote in miniature: petite works of chamber music intended for the relaxed privacy of home rather than the public grandeur of the concert hall. He was a fine fiddler and cellist himself and he loved a good dance tune: he published volumes of Scots music, and despite his regal London surrounds he never lost track of his roots and integrated traditional Scottish forms alongside the florid Italianate fashions of the time.

Oswald took regular visits to Kew Gardens up the river in West London, where the royal botanists were busy expanding their collection of exotic species. These intrigued the composer, and in 1755 he wrote a set of duos for violin and cello – 48 in total, 12 for every season of the year. Each is only a page long and each was inspired by a specific variety of plant. The collection was so successful that he promptly matched it with another 48 and published them all under the name Airs for the Seasons. The Scottish music historian John Purser calls the set “a rational ordering of Nature, an Aristotelian list based not on scientific classification but on the natural flowering time of the plants”. The full significance of Airs for the Seasons, Purser suggests, “is not remotely appreciated”.

Oswald’s depiction of the various plants is fond and vivid. There’s the aforementioned sneezewort: unassuming enough in looks but, when dried and made into snuff, a potent trigger of sneezes – cue doleful music that sounds like it has the flu and the odd sneeze-like eruption. There’s primrose, used as a sedative and sprinkled on children’s graves. Oswald’s piece is one long, languid slow movement.

Cromarty and Rickards happened upon Oswald’s collection a couple of years ago and decided to update the concept. They asked eight composers to choose a Scottish wild flower and write a one-page piece about it. The composers’ imaginations were clearly set racing. Each has written a blog post about getting to know their plant and the process of composing the music to match it. The language of the blogs is tellingly personal and enthusiastic. Judith Weir, a composer recently appointed Master of the Queen’s music and hardly short of meaty commissions, describes Sundew as “so exciting that it deserves its own three-act opera”.

Eddie McGuire remembers summers spent in clover fields as a child: “idyllic, bucolic, munching the evidently slightly hallucinogenic flower on an ideal warm spring morning.” For Stuart MacRae, it’s the subtle lichen that provokes memories and evokes landscapes. “I saw some of these little beauties when I took shelter next to a damp rock on a wet, sullen winter’s day in the Affric Hills,” he writes. “Now I’m quite fascinated by lichens, which seem to surround us in their huge variety wherever the air is clean enough.”

The fiddler Chris Stout took on juniper: the plant grows naturally in only three places in Scotland, one of which is his native Fair Isle. “A population of 70 but over 240 species of flowering plants,” Stout writes. “Not bad for an island of only 3 miles… I love the fact that Juniper is prickly and edgy. The berry’s flavour is strong and has to be used sparingly, so a little miniature piece about Juniper is highly appropriate. It’s also a hardy plant that grows in so many different environments around the world. If plants could talk then this one would surely speak a thousand languages. It’s this kind of dexterity and broad reach that fascinates me about music.”

David Fennessy took his time choosing his plant. (Fennessy happens to be married to Cromarty, who rolls her eyes when she recalls his painstaking selection procedure: “had to be Dave,” she jokes.) In the end he chose an obscure form of dandelion that was only discovered on St Kilda in 2012. “I needed to find something with which I could make an emotional as well as a purely intellectual or aesthetical connection,” he writes. “I had been thinking about Dandelions in general for a few reasons – childhood memories of course, the incredible transformation that occurs during their life cycle and also the fact that they have often been considered rather plain and even ugly.”

The jazz saxophonist Martin Kershaw puts his choice of the waxcap down to his penchant for the sinister. “Fungi have a certain reputation (largely undeserved) as belonging to the dark side of nature: they grow in shady, damp locations away from view; they are often associated with disease and decay; they can sometimes be highly poisonous.” It’s easy enough to imagine the kind of clammy sounds that might have emerged from Kershaw’s pen as a result.

Some of the composers had trouble sticking to the one-page remit: did it count as cheating to write repeated cell structures, as Weir did? Hanna Tuuliki’s contribution came as a cute graphic score drawn in the shape of Heartseas petals. Stout, a folk musician, told Cromarty and Rickards to “play as much or as little of what’s on the page as you want”. MacRae simply wrote his piece on a very big sheet of paper.

The resulting set is called Transplanted, eight new pieces interspersed with some of Oswald’s originals. The music plots a trajectory from the sunny aromas of machair and wild meadows to the murkier, wintery sounds of junipers and waxcaps. The process has been fascinating, say Cromarty and Rickards: they’ve learned a huge amount about botany thanks to the input of experts at the Royal Botanic Garden in Edinburgh, and have teamed up with the UK wild flower charity Plantlife to access superb up-close images by the plant photographer Laurie Campbell. Transplanted premiered at the CCA in Glasgow last month; it is now set to tour gardens and stately homes across Scotland.