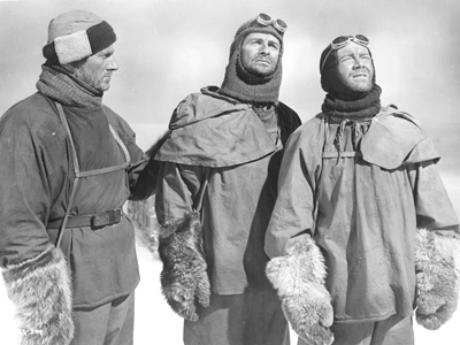 First published in the Guardian on 11 November, 2013

Andrew Manze’s Vaughan Williams cycle with the BBC Scottish Symphony Orchestra has been a powerful journey so far, scaling the vast terrain of these symphonies with lucidity, steel and some mighty orchestral sounds. Here they arrived at the Seventh: the great Sinfonia antartica, composed by Vaughan Williams in the early 1950s out of his film score for the Ealing Studios epic Scott of the Antarctic.

It’s brilliantly visual music. Icebergs loom, chilly wordless voices (soprano Katherine Broderick and the ladies of the Glasgow Chamber Choir) waft across bleak, glittering expanses. Pacing can be tricky because there’s a lot of, well, glacial progressions; the third movement is prefaced with a quotation from Coleridge â€“ â€œMotionless torrents! Silent cataracts!â€ â€“ that Vaughan Williams treats with a deep, brooding energy and the BBCSSO turned into a thrilling rumble. The symphony’s whopping sonic scale was there with some ear-blasting orchestral climaxes, but Manze also kept the grandiose in check and made the more interesting human dimension of Scott and his painful, noble sacrifice the real meat of this performance.

The concert opened with Tippett’s Divertimento on Sellinger’s Round â€“ a set of variations on a Byrd theme that also cleverly incorporates snippets of British music from Purcell to G&S. Manze’s navigation of the quirkier cross-rhythms was shaky, but the aching Lament was beautifully elegiac from the muted strings. Before the interval Shai Wosner made a mannered soloist in Mozart’s Piano Concerto No 20 in D minor. The orchestra sounded magnificent in the concerto’s restless opening, playing with the crispness of a smaller band but the dark drama of fuller forces. Wosner’s approach didn’t match: he went heavy on the pedal, pushed at the beat and used jaggy accents to break up his otherwise tepid lines. His technique was impressively flawless, but his interpretation never quite settled.