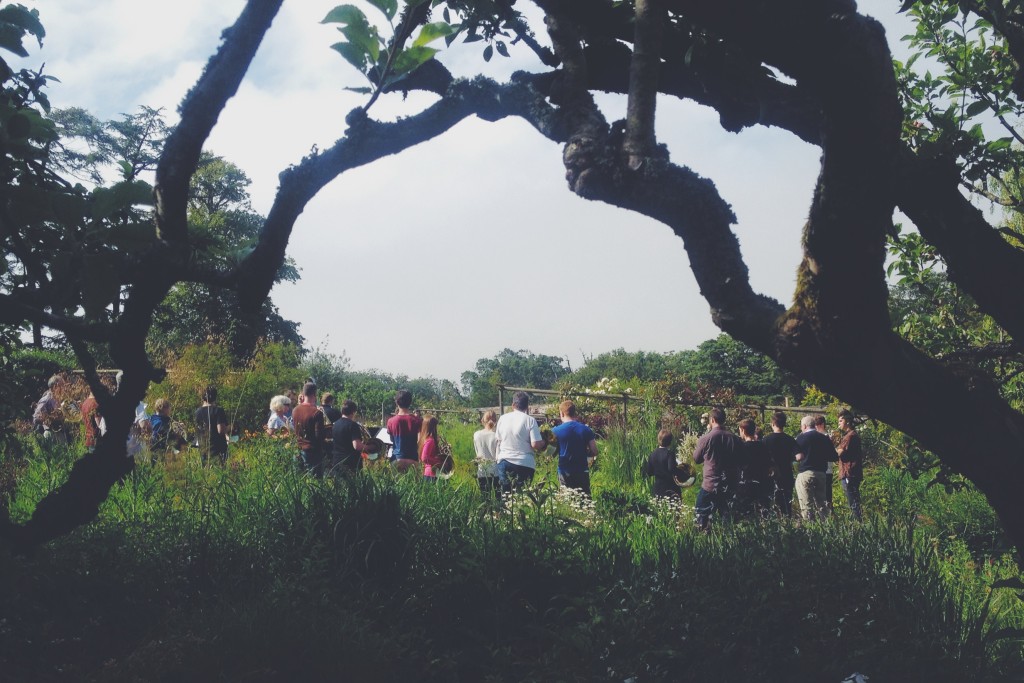 First published in the Guardian on 7 July, 2015

“Can music resonate with the world around us, and yet still create a world of its own?” This is a typical question posed by the composer John Luther Adams, and his own music resolutely answers it: yes. JLA’s outdoor works make us hear our environment as much as the notes themselves. He calls the process ‘ecological listening’, and though he dislikes the term ‘political art’ (“bad art, bad politics,” he once told me), his nature pieces are eco activism by stealth. It’s a simple strategy and it works: the more we pay attention to our environment, the more we might care about it.

Two years ago the East Neuk Festival staged Inuksuit, a wild drumming piece that whipped up ferocious Arctic energy among the roses and lupins of the walled garden at Cambo in gentle Fife. The clash was exhilarating, but this year’s infinitely calmer festival closing event was all about synchronicity. Across the Distance is a new Luther Adams work for amassed French horns, co-commissioned with the Southbank Centre and tailor-made here for Cambo. The audience strolled, sat and lay wherever they liked, under willows trees and beside the burn. 32 horn players, from kids and amateurs to the leading soloist Alec Frank-Gemmill, began in a circle then gradually disbanded around the garden. They played simple dove-tailing loops in slow, rising intervals, and it didn’t matter that some were only rough approximations of the required notes. The performance was serene and persuasive. A buzzard circled overhead and goldfinches and yellow hammers joined in from the trees.

What will the equivalent chance voices be at the Southbank when the piece is restaged as part of Meltdown on August 23? In a sense it doesn’t matter that the extra sounds will be urban instead of rural. The point is that we hear them.