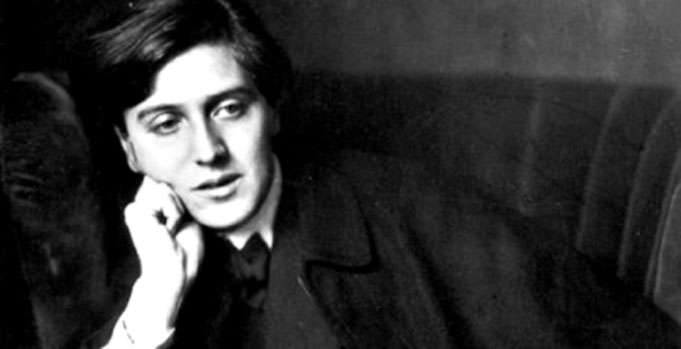 A century ago this year, the composer Alban Berg went along one May evening to the Rezidenzbühne in Vienna to see a then little-known play called Woyzeck. Its author, the German poet and dramatist Georg Büchner, had been born a century earlier in 1813 and died tragically young of typhoid at the age of 23; Woyzeck was the last play he wrote. 200 years on, it is still a starkly modern, brutally uncomfortable drama.

Based on the true story of a soldier who murdered his girlfriend in 1821, Büchner’s play charts a young man’s psychological breakdown under the pressures of poverty and social injustice. Its title character is a troubled individual who has dark visions and a violent temper, but he is also just an ordinary guy who is trying and failing to get by in a society that doesn’t support him. He could easily be a citizen of contemporary Britain; hopefully our attitudes towards mental illness are more progressive than those of Woyzeck’s community, but you can’t be so sure when Westminster’s current welfare minister declared only this month that some disabled people don’t deserve the minimum wage.

Berg was deeply moved by Büchner’s play and told an acquaintance after that 1914 performance that somebody must set it to music. His stern teacher Arnold Schoenberg considered the subject matter inappropriate for an opera (“one writes about angels, not batmen”) but Berg privately sketched out ideas for the score over the next few years and finally completed it in 1922. Incidentally, the difference in spelling between the play’s original ‘y’ and the opera’s double ‘zz’ comes down to Büchner’s illegible handwriting, which was wrongly deciphered by an editor. Berg was aware of the mistake, but the misspelled version made for better musical pronunciation.

Is there something of the composer himself in Wozzeck’s character? Berg admitted to pondering the parallels after suffering a physical breakdown in a military training camp in 1915 and sitting out the rest of the First World War behind a desk, miserable. “I have been spending these war years just as dependent [as Wozzeck] on people I hate, have been in chains, sick, captive, resigned, in fact humiliated,” he told his wife in 1918.

In any case, he poured his creative powers into the score. It is a genuine masterpiece – a staggering use of music to deliver a devastating psychological portrayal. The philosopher Theodor Adorno believed that “the depiction of fear lies at the centre” of expressionist music, of which Wozzeck is a towering example. No opera is more horrifying, more harrowing or more powerful.

For the libretto Berg simply chopped and changed parts of Büchner’s play. The drama is cinematic, with short, direct scenes and clean cuts from one tableau to the next. The narrative unfolds in a simple, episodic sweep – even though much of the crucial action takes place in the interior of Wozzeck’s mind, there is nothing abstract about the storytelling of this opera.

Musically the piece is endlessly fascinating. The way in which Berg weaves in and out of tonal harmony is breathtakingly adept, deeply symbolic and still today confronts our aesthetic associations of comfort and fear. Tonal music is generally used to represent the characters’ most human emotions; atonality creeps in (or smashes through) to depict mindless authority or unjust social conditions. So despite Berg’s role as a Second Viennese School composer and one of Schoenberg’s chief flagbearers of atonalism, this opera makes us crave consonance and what it stands for. One of the most poignant moments comes when Wozzeck’s girlfriend Marie sings a lullaby to their son. It is a beautiful folk song, impossibly tender.

Tomorrow night the BBC Scottish Symphony Orchestra and conductor Donald Runnicles perform a semi-staging of the opera. Kenneth Richardson, who directs the production, says that in some ways Wozzeck is an ideal opera to strip down to bare essentials. “The more serious the opera, the easier it is to handle,” he says. “The hardest dramas to stage are comedies, and this certainly isn’t a comedy.”

“The story of Wozzeck is straightforward but its dramatic impact is psychological,” Richardson explains. “You don’t need a huge set to make it work. So much of the nuance can be achieved through body language, facial expressions, acute attention to the text.” Richardson talks about the importance of listening to Berg’s orchestra – whose score is spectacularly evocative, often mimicking the action on stage in vivid terms. The vocal writing is equally astonishing. Berg uses Sprechgesang, an amalgam of song and speech with flighty swoops and conversational rhythms. If the singers are to make their characters come alive, they need to master this style as though it’s natural.

“There is no point trying to fill the orchestral interludes with visuals,” says Richardson. “It has to be all about Berg’s incredibly rich soundworld. The benefit of a semi-staging is that you can really set the audience’s imagination going. In many ways the lack of fussy production can make the experience more visceral and scarier.”

Richardson doesn’t have a lot of space or props to play with. The dramatic ‘stage’ in front of the orchestra will be just eight-feet deep, which Richardson intends to divide in two: one section will represent the realm of the interior mind, the other exterior ‘reality’. An image of a blood-red moon will be projected behind the orchestra (the moon and blood feature heavily through the opera, and indeed most expressionist works) and at the front of the stage will be a single, solitary bench. “It’s amazing what you can do with a bench,” says Richardson, sounding just a little nervous.

Still, he’s more concerned about time than space. Whereas most opera productions incubate for several weeks, tomorrow’s performance of Wozzeck will have been rehearsed for a grand total of four days. “It will rely,” says Richardson, “on the singers arriving with a profound knowledge of the work.”

That, and the right clothes. Richardson has asked the cast to wear ordinary outfits from their own wardrobes tomorrow night. Nathan Berg might don a suit as the doctor, but the others will be less formal. Thomas J Mayer (standing in for Roman Trekel as Wozzeck) will be in t-shirt and jeans, a regular off-duty soldier.

“The most important thing to get across visually is that he’s poor,” says Richardson. “This is very much a piece about class. The opening scene shows Wozzeck shaving the captain: he is a servant. The doctor experiments on him, making him eat only beans for a week. He’s basically reduced to an animal. That Wozzeck is mentally ill is clear; he can’t properly relate to people. It’s also clear that his social circumstances have exacerbated the illness. He is abused by those above him and unsupported by those around him. He is suffering from something greater than himself: his breakdown is the product of a dysfunctional society.”